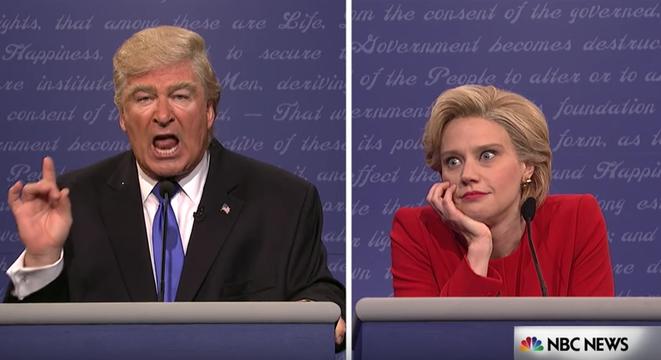 Big day today. Huge day. You know, like one of the biggest of the year. That’s because it’s an off day of filming for the “Bachelor” as Nick is in between his first and second overnight date in Finland. What’d you think I was referring to? Anyway, yeah so they’re over in Finland right now and in less than 10 days, this season will be done filming. Pretty amazing, right? I think it probably surprises a few since basically nothing has gotten out publicly since St. Thomas, which was episode 6. I know, I know, I know. You want me to fill you in on everything happening right now, this instant, if not yesterday or the day before or the day before that. Patience, my friends. You will get your spoilers. I will spoil your final 4 first since that’s I’m sure what you’re most curious about, then after that, I’ll work on the episode-by-episode spoilers. Those take a tad longer. I know I’ve done things differently this season, but it’s not like I didn’t tell you that was coming. I said my spoiling of the final 4 will be dependent on what gets out on social media. Well, none of it did outside of Raven’s hometown, which I told you about the day before, along with spoiling Rachel’s hometown. The other two never got out, so that’s why I didn’t need to come out with it then. You can disagree with the decision, but when you get your spoilers soon, I don’t think it’ll be that big of deal.

One correction I will make to something I reported last Monday. I said last week that the hometown dates were gonna be filmed Sunday, Tuesday, Thursday, and Saturday of last week, but I just didn’t know which order they were going in. I was wrong on the back end. Sat 10/29, Sun 10/30 (Rachel), Tues 11/1 (Raven), and Thurs 11/3 were the dates they filmed the hometowns if you’re keeping track at home, with the rose ceremony on Friday night at the William Vale Hotel in NY as I reported. They left for Finland on Saturday. So a minor mistake, but one I figured I should mention since I’m sure a lot of you that were following on Twitter were wondering how the final 4 rose ceremony could’ve been Friday night when I’d originally reported the final hometown wasn’t gonna be til this past Saturday. I highly doubt anything will get out on social media from Finland, but I guess we never know.

I did have a little fun on Friday trying to throw out some clues to the other two girls in the final 4. I know, my clues suck. “Chicken Parm” and “Survivor” weren’t the greatest of clues, but once I tell you who the other 2 are, you’ll know why I put those clues out there. But since I’ve been keeping things a little closer to the vest this season, figured I’d at least drop you some little nuggets to let you know I’m full aware of what’s going on. You’re getting your spoilers soon, along with what I’m hearing about this season. I’ve never not delivered your spoilers. This season is no different. Trust me.

-Our very own Nell Kalter was hard at work last night as she produced not one but two recaps for us. First, is her RHOC reunion recap, which is the first of I think 46 reunion shows this season will have. Maybe it’s 47. In addition, the premiere of season 5 of “Vanderpump Rules” was last night, and you can read her recap here. I don’t watch either show, but I know Stassi is a fan of this site, so, she gets all the love. Still waiting for that invitation to come on your podcast, Stassi.

-DWTS semifinals for next week is set. Glamour magazine has your DWTS recap up now, with some backstage info. Can’t say I’m surprised Marilu went home. Then again, we all know the finals is going to be Laurie vs James, so does it really matter who finishes between 3rd and 6th place? Didn’t think so. Although I’d like to see Jana Kramer win since I think she’s shown the most improvement, I know she won’t. But hey, we all know this is more a popularity contest now than it is a dancing contest.

-SNL had their final show before the election this past weekend, and continued with the Trump/Clinton stuff, although they did break the 4th wall and do something a tad different this time around. You can see the clips and read the recap in that link. The biggest SNL news though was made at the end of last week as they announced Dave Chappelle would be hosting this week. This is the first major TV appearance for Chappelle in almost 11 years. To make this comeback on SNL is pretty amazing. I bet Saturday draws their biggest audience of the season.

-The “Bachelor” and “Bachelor in Paradise’s” own AshLee Frazier got engaged in NY over the weekend, so congrats to her. I had no idea she even had a boyfriend, so I guess this would be somewhat surprising to hear. Last time I heard anything about Ashley, I was reporting exclusively that she was seeing Chris Harrison back in March when they attended the Final Four in Houston together, along with being seen out at a bar that weekend.

-In more “Bachelor in Paradise” news, I guess Grant and Lace decided their name hasn’t been in the news enough, so they made sure to notify someone at E! they
took a vacation this weekend. That’s great and all, we see this all the time where some outlet will post a story when a “Bachelor” couple takes a trip together. You know where Grant and Lace went? To LA! What? This is a story? Nothing in that story tells me anything about what the point of all this was. Ahhhh, the fleeting fame of these two already. See you on “Marriage Boot Camp.”

-Over the weekend, Audrina Patridge got married to Corey Bohan in Hawaii. This is wonderful. I just want to know how Justin Bobby feels about all this? Do you think he’s still heartbroken that things didn’t work out for them even though he was a paid actor and was hired to play her boyfriend on the “Hills” and said the whole thing was fake from the beginning? Just curious.

-When Wonder Women is pregnant, that’s news. Gal Gadot, who will be playing Wonder Woman in the upcoming movie, is pregnant with her second child. If we were to take a poll of which of the superheroes impregnanted her, who would you guess she’s most attracted to? You think Superman hit that? Or do you think she likes dudes like Aquaman? I doubt she’d want any part of the Hulk. He’d crush her. Batman? I guess Bruce Wayne is always a possibility for impregnating your woman, so we can’t rule him out. Whatever the case, she’s having another superhero baby, so congratulations to that kid. Another one we can add to the mix who will grow up fighting crime with an invisible jet and a lasso that makes people forget sh**.

-Maybe a few days late on this, but when it has to do with something related to “Back to the Future 2,” you knew I wouldn’t pass it up. Michael J. Fox congratulated the Cubs on their World Series win, albeit a year late. Remember in BTTF 2 when Marty went to the future to 2015 and saw the Cubs beat Miami in the World Series. Too bad this couldn’t have actually happened last year when I placed a bet on it, strictly because of the movie. I hear ya’ Michael. One year too late.

-For all those who love to body shame women, you can add this story to you’re your fire. Jessica Alba says she doesn’t go to the gym. Great Jessica. I’m sure women all around America love hearing something like that. You know, ones that actually do go and work their ass off just to shed a few pounds, all while you never go and have a body like that. I’m sure that’ll make you totally more relatable to the average woman. Expect voodoo dolls all across America with your face on them now.

-I don’t know how many people in this world still have an AOL email address. I do. I only use it for certain things, but I definitely have one. I remember thinking AOL was the greatest invention ever back in 1997. Now? Ummmmm, not so much. Anyway, you know that dude who’s voice is associated with AOL? The “Welcome, “ and “You’ve Got Mail” guy? Well, he’s an uber driver now. Safe to say things might not have worked out quite like he thought they would. Then again, I’m not sure why a professional voice over artist is driving an uber. Maybe I’m missing something.

-And finally, things continue to go from bad to worse for Tori & Dean. I’ve linked to the stories recently of them being cash strapped and her being sued for unpaid credit cards. Now comes word that they plan on televising their vow renewals just so they can make some extra coin to pay bills. Geez, they’ve sunk this low now? How ridiculous. I’m tellin’ ya’ Tori, go to Val, see if you can invest in the Peach Pit After Dark, book a couple hot bands like the Flaming Lips or the Goo Goo Dolls, and you’ll totally be back on your feet in no time.