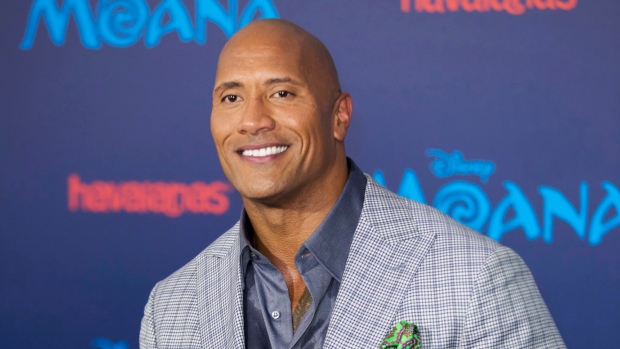 The “Bachelor” released their first promo of the season last night, and it was pretty much what I said it would be. 30 seconds long and quick shots of the women from the first night of filming.
Not a whole hell of a lot of substance in that thing, but you see many of the girls that have been released already, including your final four of Raven, Vanessa, Rachel, and Corinne. Also quick shots of Whitney, Danielle, Taylor, Brittany Farrar and Astrid Loch, someone I haven’t released yet. There are others, but it’s not like the promo gave anything away. Just a quick teaser to give people who don’t follow the show in the offseason a chance to get a quick glimpse of some of the women on the season. Yes, this promo got a lot of people excited, but for those that have followed this site for the last two months, I can’t imagine you were that giddy over seeing that. Outside of Astrid, pretty much every girl you see in that clip you’ve seen on this site in some capacity. And we pretty much already know what Nick looks like since he’s been on the show 459 times already, so I can’t imagine you’re excited about that part. We’ve seen him shirtless and we’ve seen him in a suit. How was last night’s promo any different? It wasn’t. But anyway, in case you didn’t see it, here it is…

HERE. IT. IS. Your first look at this season of #TheBachelor! pic.twitter.com/jKNmXWvWy7

We’re almost done with filming. By this weekend, Nick Viall will be an engaged man (Yes, 16 of the last 17 leads have gotten engaged at the end. They aren’t bringing Nick on a 4th time so he can dump two women in the end).

-At the beginning of filming, Sean Lowe posted on social media the fact that he was headed to LA to give Nick “advice.” It’s basically become expected every season now in the first episode, the lead will receive a pep talk from previous leads. We can throw Chris Soules into the mix now as he’ll also be there after he told People he would be. Again, not surprising. We saw Ben get advice, JoJo get advice, Kaitlyn get advice, and plenty of others. It’s the norm since episode 1 really doesn’t have a ton of content to it, so they have to fill with meaningless pep talks like this and bring back fan favorites. Although with Chris, I use the term “fan favorite” quite loosely.

-Our Nell Kalter has your RHOC recap, which covers episode 2 of their 82 part reunion show. Or maybe it’s 3 parts. Hell if I know. I just know that Nell must have a death wish or something having to sit through that many fabricated reunion shows for one program. Don’t all of them have like 3 part reunion shows? Did RHOD? I need to get caught up on that since season 2 has started filming and my new BFF Brandi is too busy to have Jesus Juice parties with me anymore. Or hang at Scruffy Duffies.

-Because Nell likes to inflict personal torture upon herself, she doubled up again this week and also has your Vanderpump Rules recap now up. Granted, I’ve never seen this show either, but I hear about it constantly in headline stories on the entertainment sites. All I’m familiar with this season is that Jax’s girlfriend apparently went to town on another girl, but now she’s claiming she doesn’t remember what she did. There’s a good girlfriend for ya’. And while I still debate on whether or not to feast my eyes upon this hot mess, I still wait in anticipation for the invite on Stassi’s podcast. I mean, she only does one every single day. She could find the time to have me on to discuss Nick’s season.

-Marion Cotillard is in an upcoming movie with Brad Pitt and talks about the awkward sex scene they had to do together. Aren’t all movie sex scenes awkward considering you’re not even having sex but have to pretend like you are? In this case, I’d definitely consider it awkward since the second they wrapped on that movie, the rumors began that she was the reason for Brangelina splitting. She has since publicly denied it, but that won’t stop people from speculating. Especially after watching them dry hump in the movie.

-Dwayne “The Rock” Johnson has been named People Magazine’s Sexiest Man Alive, as it was officially announced today. Being a WWE fan for years, always been a fan of the The Rock. And I’ve heard his story numerous times in interviews. I have no doubt this guy overcame a lot to get to where he is, but I always question anyone, not just him, who after they become multi-millionaires, they always have a story about how at one point, they had no money to their name. The Rock has told the “$7 dollar” story numerous times, and I don’t know, I just find that to be a bit of an exaggeration. Seems to me it’d be physically impossible to be a living, breathing human on this earth with $7 to your name. You’d have to be homeless, right? How are you eating? Where are you living? What are you wearing? I’m sure he was poor, I’m not doubting that, but $7? C’mon.

-Natalie Portman’s performance in the upcoming movie “Jackie” is going to most certainly earn her an Oscar nomination, for her portrayal as Jackie Kennedy. Here’s the trailer that was just released:

These are always the types of movies actors and actresses get nominated for. I’m sure she does a great job and will deserve it. I just find it funny that this same woman who’s turning in this performance, is also the same woman who portrayed Queen Amidala in the horrible “Star Wars” prequels. Like, she forgot she did that, right? Can she just scrub that from her IMDB page? Awful.

-Ryan Reynolds says he knew Blake Lively was the one after the sex. Don’t hold anything back, Ryan. I’m sure no guys out there are heading to the bathroom knowing those details now. Did I mention Blake is in my top 5? I didn’t? Ok, well now you know. That Top 5 list that currently has about 20 women in it. You know, I wanted to go see that movie where Blake was in a bikini getting chased by sharks, but I never got around to it. Hopefully it’s coming on cable soon, if it already hasn’t. Not like it was up for an Oscar or anything. Then again, Blake Lively/bikini should be Oscar worthy just on that premise alone.

-Our last two stories have to do with fast food, which has always been a vice of mine. There is now a Taco Bell on the Las Vegas strip. Oh boy. Think I’ll be making a run to the border on my next trip there? You can bet your ass I will be. Nothing says “classing it up on the Strip” than dropping a Taco Bell in the heart of it. You do you, Vegas. Keep em’ coming. When KFC makes an appearance, then you’ll have a Murderer’s Row of fast food joints right there for everyone to dine at.

-Now, overseas is a different story. They try and get all creative with their fast food menu’s and fail miserably. I mean, would you really eat a McDonald’s Nutella Burger? Yeah, neither would I. The fact that McDonald’s is even allowing something like this to one of their burgers is bothersome. How dare you let them pull that off? And chocolate covered fries? What the hell? What is this world coming to? Don’t you dare do anything to the greatest fast food fries ever invented (ok, maybe second to In-N-Out).