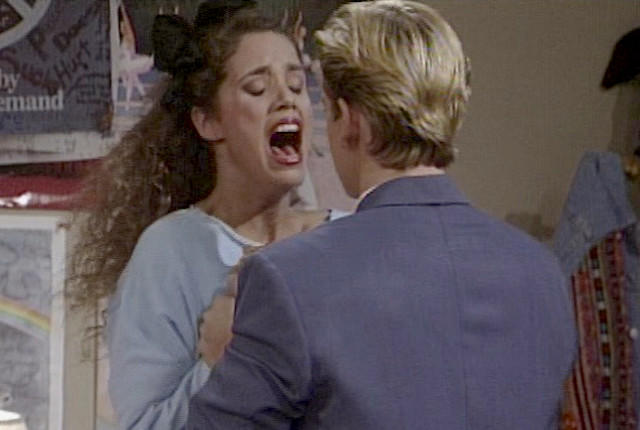 Very cool moment last night for my nephew Nicholas. If you were following on Twitter, you saw that last night his youth hockey team got to play at the American Airlines Center here in Dallas where the Stars play. Granted, the Ducks are still his favorite team, but he was fired up for last night. . Coach made it a special night for them as the team dressed up, rented a limo, arrived at the game, then got the full introductions and PA announcements during the game. Nicholas played great, getting another hat trick and then some. I believe he now has 27 goals in 8 games after 4 more last night. I’m sure he doesn’t understand the magnitude of it yet, but that’ll be a cool memory for him. Probably his best hockey moment up this point in his life. Reminded me of when I got to play at halftime of an LA Clipper game back in the 80’s and scored the only 3 points of the game. It was pretty much at that point I was convinced that I was going to be an NBA player. Until I got to college and realized I wasn’t strong enough, fast enough, or good enough to even play Div. 1 ball. So that ended rather quickly. Hey, I still have my LA Clipper halftime memory.

-The second highest paid actress on television behind Sofia Vergara is Kaley Cuoco. She’s on “Big Bang Theory.” You know, that show that has millions of people who watch it every week, but is one of those shows that no one you know watches. Anyway, Kaley admits today that she’s had a nose job and her boobs done. Great. Tell us something we didn’t know Kaley. In case you’re unaware, most people are sighted. Not that hard to figure out. Wow, an actress in Hollywood has gone under the knife. You don’t say? How about you do a story on an actress who HASN’T had any work done? That would be more newsworthy.

-Funny article by Vulture magazine earlier this week where they interviewed “Saved by the Bell” creator Peter Engel, and talked to him about the iconic “I’m so excited” Jessie Spano caffeine pill freak out. What’s funny is, he’s right about how much of pop culture that scene has become, yet, not for the reasons he thinks. Peter, that scene isn’t still talked about 20 years later because of the acting in it. It’s for how ridiculous and poorly acted it was. We’re laughing at you, not with you. Delusional to think people remember that scene for how well the actors portrayed it. Huh? Your character was spazzing out for taking caffeine pills, which I didn’t even know were a thing. When your performance in “Showgirls” was better than anything during that episode, you know that’s saying something.

-Ryan Reynolds got interviewed by his “brother” Gordon, and I had a good chuckle. If you’re Ryan Reynolds at this point, aren’t you basically living the life. Even though most of your movies aren’t really all that great, you’re considered a leading man in Hollywood, you’ve been voted “Sexiest Man Alive” and you get to hop in bed with Blake Lively every night. Outside of owning his own island or a sports team, is there really anything left for him? Didn’t think so.

-Carrie Fisher admits to an affair with Harrison Ford during the filming of the original “Star Wars” in her new book. Probably shouldn’t be surprised by this considering she called him a nerf herder in the movie and you could cut their sexual tension with a knife. I’m sure Harrison is thrilled that she’s coming out with this now to sell books. Wait, so does this mean that Kylo Ren is actually the love child of their affair? And now he killed him? Oooooohhhhh, this is getting juicy.

-Not sure if you saw this the other day, but Twitter finally did something to crack down on trolls and hate speech. You now have settings where you can mute any words or phrases you don’t want to see in your timeline. That’s great and all, but does it say what happens to the person who actually writes that stuff? I mute words and phrases I don’t want to see. Wonderful. But the person who wrote them towards me doesn’t know I have those words muted and will never see it. So what happens to them? I hope that once they’re flagged, accounts are suspended. I’ve dealt with serious Twitter trolling in the past, and it’s not fun. Can’t believe it took them this long to come around on this.

-So wait, is Janet Jackson’s current pregnancy her first like she’s claims, or her second, like El DeBarge claims? What a bizarre story. Apparently on some show that his family is in, he outed to the world that Janet Jackson is the mother of his daughter. I guess this is news to Janet because she’s denying it now. Kind of a random rumor to make up, no? Can’t it easily be proven that Janet did, or didn’t, deliver a baby years ago? Might wanna think before you speak El DeBarge. And I have I have a question for you I’ve been dying to know all these years: Who’s Johnny? This is the worst song and music video of all time, no?

-Andy Cohen decided to have a little fun with Taylor Swift at the Met Gala last year, but didn’t realize what a total douche he was being. I hope Taylor never invites you into her squad Andy after that little zinger. Then again, did we actually think he had a chance at it? Probably not?

-I’ve never really understood the fascination with people buying drones for personal use. I can see why the government and military would have them, but people? I don’t get it. Well, that is until this husband used his drone to catch his wife of 18 YEARS!!!!! cheating on him. Man, that sure is an interesting way to find out your wife is running around on you. Forget private investigators. Now you can just fly a mini airplane in the sky to track them having sex in a parking lot with a stranger. Apparently I’m behind the times.

-I’m not sure what the point of this story is or where Iggy was going with this, but because she won some magazine award, she claims she has the best vagina in the world. Ummmmm, ok. Whatever you say. Not sure exactly what gives you the right to make that claim, but I’m guessing Nick Young doesn’t think the same. If he did, he probably wouldn’t have cheated on you and impregnated his ex-girlfriend while the two of you were still together. But hey, if you want to have that opinion on your lady bits, you go right ahead. You’d just be wrong.