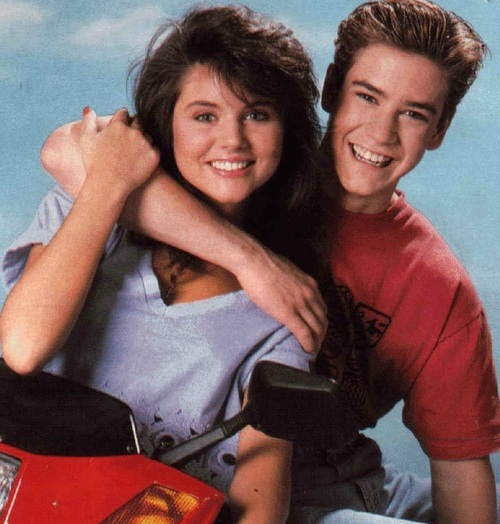 Well, going by the shooting schedule for the “Bachelor,” as we speak Nick is an engaged man. Granted, I don’t know who he’s engaged to yet, but by all accounts that I’ve heard for a couple weeks now, is that it’ll be to Vanessa Grimaldi. And yes, is there a chance that maybe there wasn’t a proposal at the end? Of course it’s a possibility, but when 16 of the last 17 seasons have ended in an engagement, not to mention you’re bringing Nick on for a 4th time to this show, it’s certainly not so he can dump two girls at the end. So yeah, even though I haven’t heard for sure, it’s a pretty solid assumption at this point he’s an engaged man. Hopefully I’ll hear something to confirm in the next few days and have your final four breakdown for you next week. Still putting together your episode-by-episode spoilers right now for you and I’m guessing I’ll have those later next month. But your breakdown of final four including who he chose I would hope to have sooner rather than later. Judging by past “Bachelor” seasons, I’ve usually had the winner and posted it before the end of November. Don’t see why this season would be any different. When I find out, you’ll be the first to know. In the meantime, enjoy today’s “Daily Links”…

-Our “Survivor” recapper Bryan Fischer will have his column up later today. I will tweet it out when it’s up and add it right here. Until then, we have Taylor’s interview with EW.com about his time on the show, including the fact he had a child due this month that’s not Figgy’s. So basically we have our answer now. Before he went on the show, he’d broken up with his ex (at least that’s what he’s telling people). When he got back, he found out she was pregnant and they’re due this month, hence the reason things had to end with Figgy.

-Kendall Jenner did not want to answer any questions regarding who she disliked the most in Taylor Swift’s squad. Uh oh. That probably means she doesn’t like most of them. Or is she part of it? I’m losing track of who’s in Taylor’s squad and who’s out. All I know is that I’m not in it, and that needs to change. Somehow someway I’ll work myself into that inner circle with the cool kids. You just watch.

-There are some more things about “Saved by the Bell” that were revealed in creator Peter Engel’s memoir that was just released. Besides the Jessie Spano caffeine pill episode, Zack and Kelly were upset when they had to break up on screen. You know, when Zack tried to make her jealous and play A12 on the jukebox with his new fling. This was some serious shade he threw at Kelly after she had a new college boyfriend Jeff:

You deserved it Kelly. How dare you cheat on Zack! How’d that college boyfriend work out for ya? Yeah, that’s what I thought.

-Isla Fisher was on the “Today” show promoting her upcoming movie when she kinda dropped a mini bombshell saying she ran into Vince Vaughn and he mentioned there might be a “Wedding Crashers 2.” Holy crap. How is this the first time we’re hearing about this? This is huge news. I’ve always thought that the first hour of “Wedding Crashers” was in the top 5 of funniest movies ever. The last part of it got too sappy and the movie totally strayed from really what made it so funny. But that’s being picky. Sign me up for a “Wedding Crashers 2.” The funny thing is that Sack (Bradley Cooper), went on to become a bigger star than all of them.

-I have no idea how much truth there is to this story because, well, Radar is reporting it, but apparently Hugh Grant and Liz Hurley might be back on again. If there’s any ounce of truth to this, hopefully Hugh has learned his lesson and won’t go wandering off and pay $40 for a BJ on Sunset Blvd with a hooker this time. One of the all time bonehead moves ever. It’s Liz Hurley, man. As Jay Leno said, “What were you thinking?”

-You guys, I have wonderful news. “Hannah Montana” is returning to the Disney Channel. Ok, maybe it’s not new episodes, but they’re running a marathon pretty much the whole month of December. So if you want to see Miley back when she was a likable teen before she turned into the hot mess she is now, go check it out. I don’t think I ever watched a full episode of “Hannah Montana” since my niece and nephew were too young at that time, but I’m sure it was quite the doozy of a show. I mean, Miley played a teenager who moonlighted at night as a pop star and none of her friends knew. I think.

-Peta and Maks’ baby is due pretty soon, and in case you didn’t know, Peta made sure you did by posting that bra and underwear pic of how giant she is now. I’m just wondering how many seasons this will keep them off DWTS. My guess is one or both will be back in the fall of 2017’s edition. Hell, didn’t Allison Holker come back this season just months after delivering? Or has she just been part of the troupe? I already forgot. Either way, she’s dancing, and I believe she delivered in April.

-There’s always some hashtag game happening on Twitter if you check what’s trending. Yesterday it was #DescribeAMoviesPlotIn5Words, and Sarah Michelle Gellar must’ve been bored out of her mind since she decided to join in on some of her own movies like “I Know What You Did Last Summer,” “Cruel Intentions,” “Scooby Doo” and more. Ooooooh, I’ve got one for “Cruel Intentions!” #SomeGirlOnGirlAction. Bam!

-A lot of craziness has been happening in Mariah Carey’s world recently, and now we get to all see it play out on her new E! show, “Mariah’s World,” which starts next month. So they really are going to address this backup dancer that has a crush on her? And are we gonna see her fiancé end the engagement? Or did she? I already forgot which story is true. Either way, Mariah is one of the all time divas, so I can only imagine what this show is gonna look like. Granted, I won’t watch four seconds of it, but I’ll be sure to skim through the recaps for the scoop.