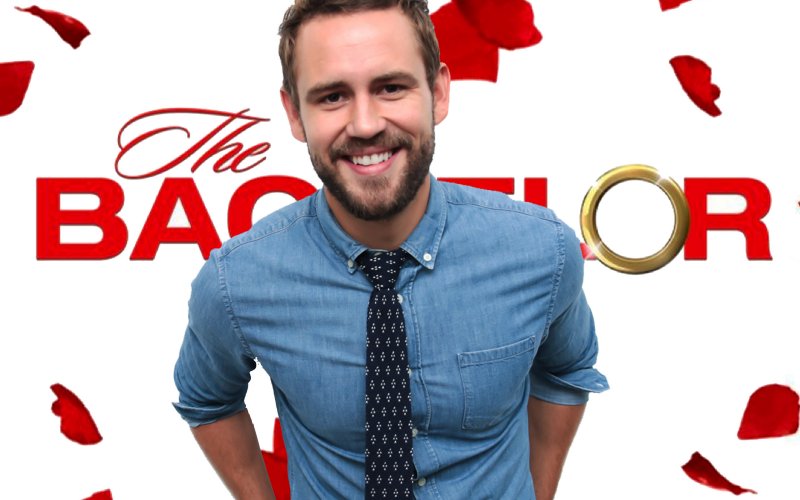 Every season about two weeks before the premiere of a new “Bachelor” or “Bachelorette,” ABC releases the first episode online to the “media” so they can write their reviews – without spoiling of course, even though the rose ceremony is not part of the episode we get to see. I know 6 of the 8 who went home on the first night. There’s two I’m unsure of. These are the little details I need to figure out before releasing the episode-by-episode spoilers. This episode isn’t available to the public, only limited media outlets and it’s username and password protected. Ever since Emily’s season, I’ve been able to get a hold of this episode through private channels and watch the first episode early to give you guys the spoilers. This season was no different. Episode 1 was posted yesterday, I watched it, and yeah, it’s basically the same first episode that we always see, just with a different cast. Remember, episode 1 of this show has essentially always had the same exact format – sans the double “Bachelorette” with Kaitlyn and Britt. There’s only so much you can do in episode 1 when it’s contestants arriving, then a cocktail party, then a rose ceremony. So that’s why these first episodes are all kinda the same thing. But lets run down what you will see in the premiere airing Jan. 2nd.

-They do show a small 1 min clip previewing the season, and even if you didn’t read the spoilers, you clearly see a couple shots of Rachel and Nick together wearing oversized clothes in the snow. Well, it didn’t snow in LA. Nor did it snow in Wisconsin when they were there, or New Orleans, St. Thomas, or the Bahamas. So they basically give away in the previews that Rachel made it Lapland, Finland.

-The intro video of Nick himself was rather interesting, because it was shot in Chicago. You know, where he used to live, doesn’t anymore, hasn’t for over a year, and basically has entrenched himself into the LA lifestyle now. Not sure why in the hell they tried to make him seem like a business man from Chicago when he’s not. We then get the proverbial shirtless shots of him working out, then taking a shower, which I believe makes it the 491st consecutive season they’ve done that. Nothing new.

-They also showed clips from Nick’s season with Andi and Kaitlyn, along with the heartbreak he suffered in each. A heartbreak which he quickly rebounded from I might add to hop on another show. No mention of Paradise or anything with Jen, so, I guess that wasn’t heartbreak even though he pretended it was at the time and is basically one of his all time biggest lies ever on the show. That break up speech at the end was full of so much bulls**t, I expected it to be sponsored by a manure company. He played Jen from Day 1 and we’ll leave it at that.

-Next we see Nick back at home in Wisconsin with his family talking about his next journey as they look through old photos of Nick in high school. He once had frosted tips. Well, he frosted his whole head actually. I guess it became his dream this season when he got to perform with the Backstreet Boys since you could tell in some of those old pictures, he wanted to be them.

-They also made sure to show Nick kicking a soccer ball and getting a lecture from younger 11 year old sister Bella, who has become a staple on these shows. Knowing that later in the season, Nick’s 1-on-1 in Wisconsin with Raven has him going to Bella’s soccer game, then Raven meeting her and talking to her at the roller skating rink is the reason why this segment was thrown in. Bella’s advice to Nick before he leaves: 1) Look them in their eyes 2) don’t mumble 3) let out your thoughts 4) don’t forget family loves you. Is it necessary to put an 11 year old through this again? Apparently it is. Bella is roughly 12 years away from being a contestant on this show, so I guess she’s getting her practice in now.

-Nick ends his “intro” segment by saying “I’m gonna give America a happy ending,” then pausing knowing full well what he just said. For the record, every season the lead does an interview with the media about their upcoming season and most of the time, they play it coy usually saying nothing and ending with, “Well, you’ll just have to watch and find out.” But this season, they allowed Nick to admit that he did find love.

-Next scene was Nick meeting up with Sean, Ben, and Chris as they give him “advice,” despite the fact that Nick’s now on his 4th season of doing the show, and none of them were on more than twice. Yes, I get that it’s the “Bachelor” role, but Nick is a producer’s puppet at this point, so he knows exactly what he’s getting into. But since this is another “staple” of the first episode – having fellow leads show up to offer advice – this was a filler segment that offered nothing substantial. Typical talk that we see every season. “Be yourself,” “You can be nervous,” “Trust yourself” yada yada yada.

-They showed 10 intro video of the girls. Usually they never show more than 7 or 8, but because there’s the Countdown to Nick special airing Jan. 1st and they are going to show this segment during that show, I guess they figured they could include more intro videos this season. The girls who get intro videos were (in this order): Rachel, Danielle L., Vanessa, Josephine, Raven, Corinne, Alexis, Danielle M., Taylor, and Liz. Some notes about these intro videos:

1) For whatever reason, three of the girls introduced themselves in their video packages using their full name: Rachel Lindsay, Danielle Lombard, and Raven Gates. The other 7 just said their first name.

2) Vanessa’s video showed her speaking in French to start, then showed her at her job working with special ed students. Said it’s her life to be a teacher and a mom, and “wouldn’t it be amazing if I came back engaged?” Yes. It’s also the worst kept secret going right now Vanessa. Have fun fending off IG commenters and basically everyone you see for the next 3 months.

3) Josephine and Alexis are the two intro videos that are the “goofy” ones. Josephine basically talks to her cat, then bops around Santa Monica pier doing stupid sh**. Alexis admits she’s goofy and likes to do weird things – like walk to CVS in a sumo suit.

4) Almost all the other intros were serious, straightforward, and just told the audience what they do for a living. Oh wait, they set up Corinne’s “spoiled brat” character by her admitting in her video she has her own nanny. She works from home, with her family running a “multi million dollar business,” but she has someone who waits on her hand and foot.

5) The interesting video was Liz’s because she admits that she’s met Nick before. They show clips from Tanner and Jade’s wedding where she was the maid of honor, then show her dancing next to Nick. She says there was a lot of alcohol that night then you hear a producer off camera ask, “So you spent the night together?” Liz: “Depends on how you define that term. I plead the 5th.” She says that Nick asked for her number that night, but she said no, thinking he was only asking because he was being nice. She says they had chemistry that night and feels that she missed out on an opportunity, so she has some unfinished business with him. This will go well. She did not say specifically in this intro video, “I had sex with Nick,” but she does later.