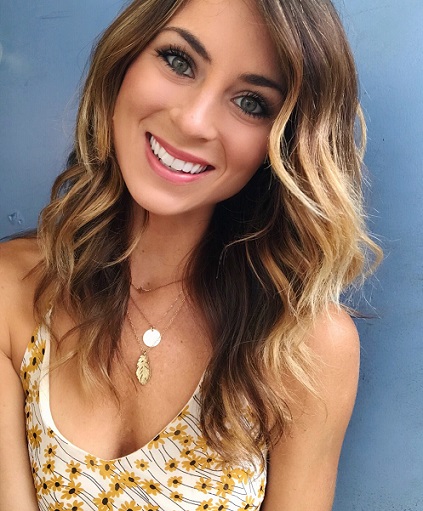 Last week having Kiptyn Locke on as a guest had a great response from the listeners about how much they appreciated him talking so openly about a tough situation. Whether it was re-living the breakup with Tenley, or being very candid about how quickly his relationship with Samm developed, people seemed to really take to Kiptyn and his honesty. I didn’t think it would happen so quickly, but due to schedules, it was easiest to do it now as Podcast #30 is with Tenley Molzahn. Tenley listened to Kiptyn’s podcast last week and had no issues with it whatsoever. This wasn’t her coming on to retort everything he said or anything like that. Plus, just listening to Tenley, it’s almost impossible to imagine she has a mean bone in her body. But I really appreciated her coming on to talk about some of the things that were discussed last week and to give her side of the story. Couldn’t have been easy for her, but I know fans and listeners will be very interested to hear what she has to say. Not to mention, Tenley address for the first time what exactly was going on with her and Ben Higgins in the summer of 2015 right after BIP 2 ended, but before Ben left to film his season of the “Bachelor.” As always, if you want to respond to the interview on Twitter, be sure to include Tenley’s handle (@TenleyMolzahn) in your replies so she can see it. In addition, Tenley gives out a discount to her business for any of those interested in signing up. $50 off a consultation by just mentioning the podcast. Hope you all enjoy hearing from Tenley this week, and I thank her for doing the podcast.

Well, what I expected to happen has happened. As I said on Tuesday when I first spoke of the subject, it’s really a “He Said, She Said” at this point as both DeMario and Corinne released statements yesterday for the first time. DeMario believes his character is being assassinated and Corinne has hired the big gun lawyers and publicity team to find out exactly what happened. Then this story came yesterday from the Daily Mail which basically seems to summarize my last two columns – with zero credit of course. One thing I need to correct from yesterday. I had reported that Corinne’s publicist had fired her. I had that backwards. Corinne fired her publicist, Liz Anderson, and has hired Stan Rosenfield, who has been representing Chris Soules. There will be twists and turns it seems like every day in this case. Some things just aren’t making sense to me, that’s why it’s so hard to comment on the story/allegations. Things just aren’t adding up to me. But, I expect we’ll hear more and more in the coming days…which will probably make it even more confusing. This is far from over, but in my opinion, this situation will never reach court. I’m just gonna guess there will be a settlement down the line to make this all go away.

I’m going to push “Dr. Reality Steve” back to next Thursday. I had three to do this week but being swamped with everything else, I didn’t want to give half ass answers to them. I apologize for those of you who sent emails in maybe expecting an answer today. They will be in next week’s column for sure.