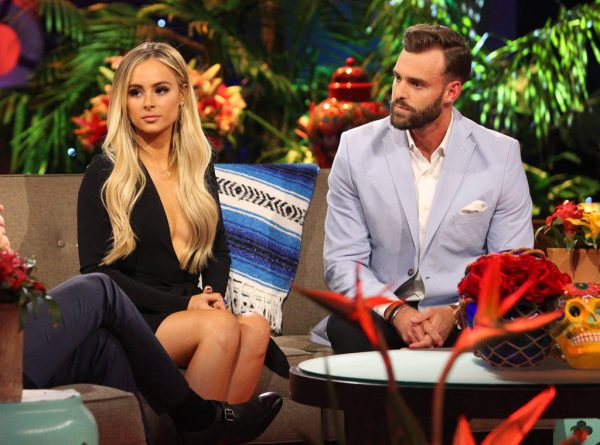 The BIP finale takes a back seat today. At least most of it. Sorry. Maybe I’ll float some thoughts tomorrow but the “Bachelor” announcement and the Robby/Amanda stuff is bigger news since I haven’t posted since last Wednesday. So lets get to the fun times that that is “As the World Turns Starring Robby Hayes and Amanda Stanton.” This all started back at the very beginning of August when I wrote this post on August 1st, where a person attending the Zac Brown Band concert at Coors Field on Saturday night July 29th, sat two rows behind Robby and a mystery woman at the time. That woman is Lindsey Duke (IG: linds_duke). The woman sitting two rows behind them contacted Amanda, told her Lindsey and Robby were all over each other the whole concert making out, she had photos and video, and that she’d send them to her, which she did. Should Amanda have immediately cut this guy once she saw the pics? Yes. Did she? No. But it still doesn’t change the fact he cheated, which denied up on the stage during the finale taping, and denied again when he took to Twitter last night:

To which Amanda responded with this:

"A desperate need to present an innocent persona." – the guy who denies cheating when there is photo proof #beamanalready pic.twitter.com/GN6B9w65NR

Of course Josh had to chime in with this afterwards, which he of course since deleted since he seems to have perfected that: 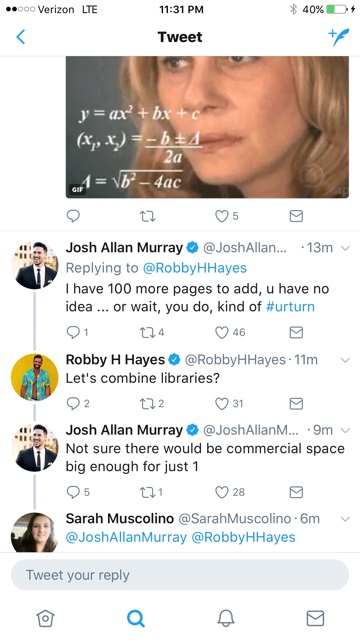 Like, if Amanda is calling Josh out or Josh is doing an interview and is asked about Amanda, then yes, he has every right to comment on her. But he didn’t HAVE to chime in here. He just couldn’t help himself. I mean Jesus Christ, he JUST did an interview basically saying how thankful he was that she was with Robby and he didn’t have to deal with her anymore, and the second Robby is taking his thoughts to social media, there’s Josh fanning the flames. He can’t help himself. But whatever. Lets get back to the issue at hand, which is the cheating allegation from Denver that the twins called Robby out for which we talked about on this site after it happened.

Amanda I guess had had enough last night and just decided to post the picture I had seen back when it happened:

The fact she threw Taylor’s line in there kinda made it that much better, no? Anyway, now that Amanda certainly doesn’t have an issue posting it, here’s the rest that you knew would make its way back to me. The video doesn’t show much in terms of kissing, but it’s clear what is happening here: 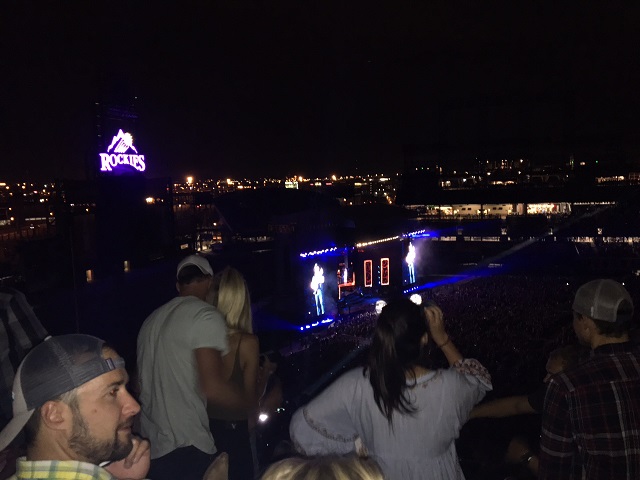 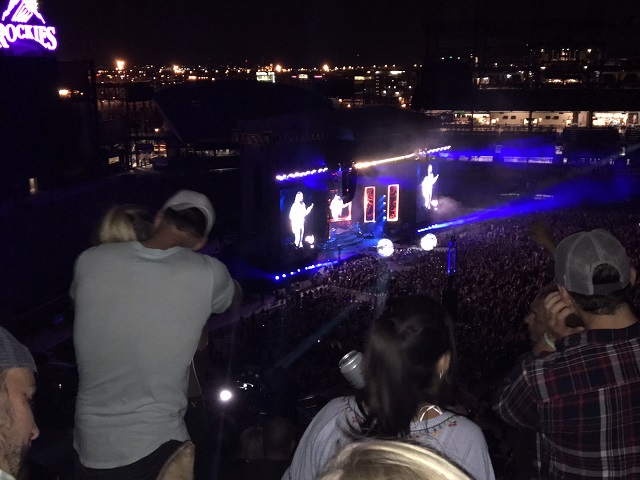 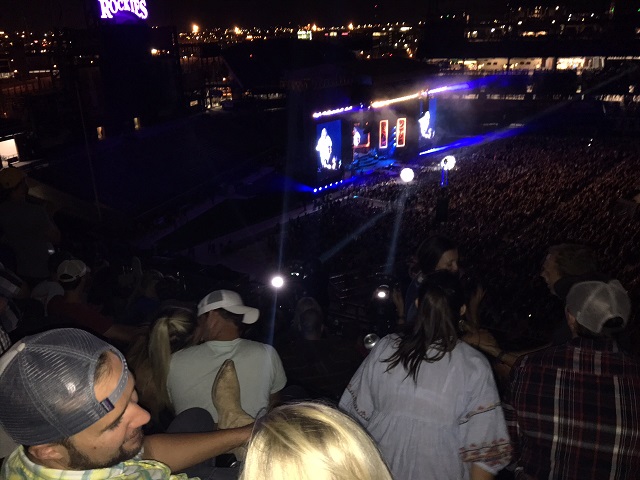 All we’re doing right now is establishing what happened on July 29th at the concert. They can go back and forth on whatever happened in their relationship and what not, but he got up on stage during the finale reunion taping, and then again on Twitter last night, saying he was in Colorado for business and that he never cheated. If you can honestly look at those three pictures and say, “Nope. Doesn’t look like he was cheating to me. Looks like he was really carrying on an intellectual conversation with Lindsey Duke, a girl he previously had a past with,” then I can unequivocally say you might not be that smart. Or you’re a Robby apologist and don’t want to believe anything negative about the guy. I can see what’s happening here. You can see what’s happening here. Amanda can see what’s happening here. Anyone with half a brain can see what’s happening here. Except for Robby apparently. Robby was given these photos and STILL had the nerve to sit up there and say he didn’t cheat on stage and on his Twitter last night. Like, I don’t know what type of delusion this guy is under, but that’s some serious denial. Like, high level narcissism.

And is it just me, or is exactly what Robby is accusing Amanda of in his tweet, the EXACT thing he is doing himself? He’s accused of cheating, yet trying to portray himself as the victim and having this innocent image. The whole thing is just f***ing bizarre how this guy thinks. Amanda isn’t perfect, no. But deflecting the allegations against you to talk about her is about as manipulative as you can get. How this guy can honestly sit there with a straight face and say that what we’re seeing in that video and pictures isn’t him all over a girl he’s had a past with, while he was dating Amanda, is preposterous. And it’s not like he got up on stage at the reunion taping and said that it wasn’t cheating because they weren’t technically dating or that they were on a break or that they weren’t a couple. No, he said it never happened. Buddy, it happened. There’s evidence. You dug your lie so deep, now there’s no way out of it. Your credibility is shot now.

So what’s his retaliation? He says that Amanda’s lying when she says he never met her daughters. Amanda gave an IG story last night (it’s still up for 24 hours if you wanna look) explaining that whole scenario basically saying the time where she watched his dog, the girls were never present when he dropped the dog off. And she said the only time he ever met the girls, it was for 5 seconds and they were strapped in their car seats while he was at the car. She’s claiming this was not a Josh situation was her point where Robby was seeing them all the time and becoming attached. I guess only those two know if he ever met the girls. Robby seems to be passive aggressively saying he did. Amanda says he didn’t. That’s what we have to go off of. Lets just all keep in mind that Robby Hayes is the same guy who dumped his girlfriend Hope just to go on JoJo’s season in the first place. The guy has basically been lying from the beginning of his time on this show. Why are we to believe what he says now?

So yeah, it’s all very high schoolish the way it plays out on social media nowadays, but that’s what this show has turned into. Robby got attacked on stage, so his retaliation was to go after people on Twitter. He’s got his side of people backing him (as James Taylor and Jef Holm both retweeted what he wrote), and Amanda posted the pic. Once she did that, that opened the floodgates. I told Amanda I was posting all the pics and the short video and she said “Go ahead. He’s a liar. I told him if he denies the cheating or says I’m lying, I would post the picture.” So there you go and that’s where we’re at. This is far from over, but it happened late last night on social media, so maybe not everyone was made aware. Robby reads everything I write and I’m sure he’ll have some bullsh** retaliation, but c’mon people, you shouldn’t need too much more convincing at this point. A “business trip” and he “didn’t cheat.” Whatever you say, pal.