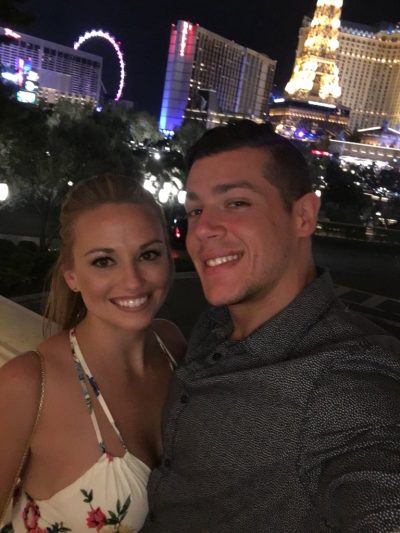 I can be a creature of habit sometimes. Ok, a lot of the time. But I do like when I branch out and do things and think “Why don’t I do that more?” Lets just say I’m so glad I talked to Jason & Cortney Carrion from the first season of “Married at First Sight” for this week’s podcast. How can you not like these two? And you know me, I’m about as skeptical as anyone when it comes to reality TV show relationships. If I find it ridiculous that the “Bachelor” is marrying someone that they’ve spent maybe 3 days with total at the end of 8 weeks of filming, obviously marrying someone at first sight seems preposterous. And it is. But somehow these two have made it work (along with 2 other couples in their 6 completed seasons). I’m fascinated by this whole concept and Jason & Cortney’s story. We cover a lot in here, so even if you never watched a second of the show, I think you’ll find the interview interesting because you are listening to a couple that agreed to get married on TV to someone they’d never met before, yet, are still married to this day 4 years later. I’m kind of in awe. As always, if you want to respond to the interview, please include both their Twitter handles (@Kr0ss and @KortKneee_Rae) in your replies. They are easily my new favorite reality TV couple after this interview (although I don’t think I even had one before them). But whatever. They’re at the top of the list now and I’m rooting for them. Hope you enjoy…