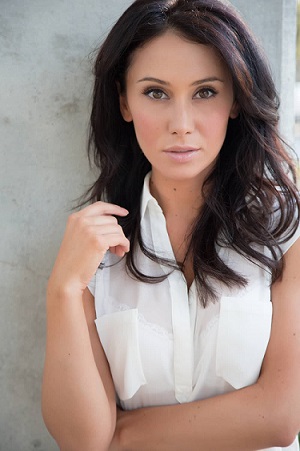 On Tuesday, the “Women Tell All” was taped in LA, to be shown Sunday night, Feb. 25th, the night before the Overnight Dates episode airs. What’s interesting is that there were definitely a few things that happened at the taping that might not even get shown. I have no idea how they’re going to edit it, so I’ll just report on what I heard was shown to the audience. Filming lasted almost 9 hours from start to finish (per usual), and that’s condensed into about 80 minutes of TV time. Hence the reason it’s one of the most choppy edits every season. But there are some doozies that happened on Tuesday, so lets get to it:

-Per usual, all the audience reactions are filmed before the taping even begins. Surprise faces, laughing, whispering to the person next to you, etc. Anytime you see that during the filming, just know that’s all filmed beforehand and edited in. Any t-shirts people wear or signs made are all given to the audience by producers and are waiting on the seats once people get there, and they are told to wear them or hold them up at the appropriate time.

-Kendall was not in attendance, as I suspected. Didn’t make sense for her to be there since the Overnight Date episode airs AFTER the “Women Tell All” takes place. It usually airs in between which is why the #3 girl is always there.

-There were 18 girls in attendance: Olivia, Jessica, Lauren G., Lauren S., Jenny, Brittany, Annaliese, Marikh, Jenna, Krystal, Ashley, Jacqueline, Caroline, Bibiana, Chelsea, Bekah M., Seinne, and Tia. So basically every girl who made it to episode 2 on minus Valerie and Maquel. No reason given for why Maquel wasn’t there. And they included two girls from night one: Olivia and Jessica, which drastically increases their chances to be on BIP.

-There were 5 girls that got called up to the hot seat: Krystal, Chelsea, Seinne, Bekah M., and Tia. The story of the night, as suspected, was Krystal.

-The biggest revelation was as we know, when they bring someone up to the hot seat, before they start talking to them, they show a video of their journey. Well, in Krystal’s video, they show never before seen footage, and it’s of her in the bathroom in Ft. Lauderdale talking to Maquel. Either the water was running or a blow dryer was on, something to where they thought they were speaking privately and mics couldn’t pick up the sound. But it did, and you see Krystal telling Maquel that Arie basically allowed the losing team on the bowling date to join in so “he could make out with all the c**ts.” She also called Arie a “needle d**k.” So there goes her online persona of posting inspirational quotes and being all about positivity. From that point forward, she got attacked. Caroline called her a sociopath, Krystal got very defensive when the girls started attacking her, and apparently it didn’t go well for her at all. Not to mention reports are she was heavily inebriated. “Needle d**k” apparently was a running joke all night.

-The cast from the movie “Blockers” was there (John Cena, Leslie Mann) and they showed a trailer. At one point, Leslie actually asked Krystal if it was a needle like you get a shot with or space needle sized. Who knows if that will get shown.

-Chelsea’s time on the hot seat went as you expected. She felt blindsided by Arie and she talked about her son. Seinne on the hot seat said she didn’t feel comfortable at the time of introducing Arie to her family, so after she was eliminated, she was fine with it. Tia got very emotional watching her time back but nothing major happened for her up there.

-Bekah M. said she always felt Arie was looking for an out when he was with her, and admitted she had spoken to Arie since filming ended and got the closure she needed and she’s fine. They also addressed the stupid story about her mom reporting her missing, and again she confirmed it had nothing to do with her being on the show. Her mom knew she was there. It was all about after she got back and a miscommunication. The biggest non-story story of the season.

-In the beginning, Bekah and Tia went back and forth on each other because Bekah didn’t appreciate Tia talking to Arie on that last 3-on-1 date and basically started attacking her. They left it as they basically weren’t friends anymore, but that could just be for show. Are they BFF’s? No. But the way they went at each other on stage I don’t believe is how they feel about each other post show.

-Again though, Krystal was the main focus. Bekah M. and Krystal were basically friends up until Tahoe, then they weren’t. Chelsea also said she thought they were friends, but when she watched the show and saw the things Krystal was saying in ITM’s, she realizes they weren’t. The consensus seemed to be that Krystal is a hot mess with zero self awareness. And the video footage of her trashing Arie to Maquel in the Ft. Lauderdale bathroom is gonna look bad for her. Apparently she called him and the girls a bunch of other names too, but “needle d**k” stood out among the worst.

-When Arie came out on stage, two relevant things happened. One, Krystal wanted to come up there and sit next to him, which she did, but Arie pretty much shut her down. She was upset and wanted more of an explanation, he told her she deserved to go home, especially once he saw it play out on TV. He also said he kept her too long. Apparently Arie was cold and short with her, which apparently delighted the crowd because she was insufferable the whole time.

-The other thing to come from Arie’s appearance on stage, and I’m curious if this will be shown, was Caroline went after Arie. For those that don’t know, Caroline and Becca are very close. Becca was even in Florida with Caroline last weekend before Caroline left for LA. So Caroline basically made it known she knows about the ending saying “I know what you did,” and Arie kinda dismissed it. Again, not sure if that’ll get shown, but it’s obvious she was protecting her friend Becca since she knows what happened, and Arie basically said something to the effect of, “We’ll see how it plays out.”

-One final “issue” was the “Glam-shaming” regarding Marikh. She was upset that she felt she was glam shamed by some of the girls because she admitted she suffers from alopecia, so that’s why she was constantly tending to her hair. Then there was a giant disagreement on stage on whether glam shaming was a thing or not. Marikh got pretty upset over this.

That’s pretty much it. Will be curious how many of the “needle d**k” references get shown, and if they show Caroline attacking Arie with obvious references to the fact she’s aware of what he did at the end by getting engaged to Becca, ending the engagement, and now is currently seeing Lauren.