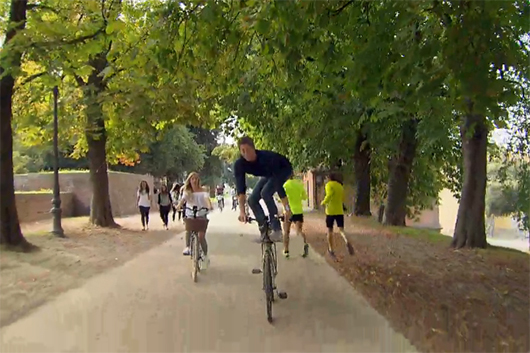 As mentioned last week, the “Women Tell All” tapes this afternoon and Friday they tape the Winter Games Tell All. The interesting thing about today’s taping is will Kendall be a part of it? Usually the WTA airs in between Overnight Dates and the finale, so the final 3 girl (the one who got sent home on the Overnight Dates) is always a part of the WTA. But remember, the WTA is being shown the day BEFORE the overnight dates episode airs. WTA airs Sunday, Feb. 25th, with the Overnight Date episode airing Monday the 26th. Everyone in the audience today will be shown next week’s episode of hometown dates. Well we know at the end of that episode, Kendall, Lauren, and Becca are still remaining. So if Kendall is part of girls group today at the taping, exactly how will they explain that, especially with Lauren and Becca not being there. Having Kendall up there today and commenting on her time on the show seems rather odd, since to the people in attendance, she’s still on the show. I’ve heard she’s there, but maybe she’s just in LA because she lives there and not actually part of the taping. So unless they’re showing the audience BOTH the Hometown and Overnight Date episodes, I don’t see how having Kendall on stage would make any sense. We’ll find out soon enough. Fully expect the WTA storylines to be two-fold: 1) the girls attacking Krystal and 2) Bekah’s age. Since they can’t talk about the finale at all or what happened post-show, what other storylines were there this season?

Don’t forget to get your “Reader Emails” in for tomorrow, and also your “Dr. Reality Steve” emails this week. Also, if you want to be a part of the “He Said, She Said” podcast with myself and Sharleen, we are recording this week. So if you have any questions/comments/queries on any relationship issues and you have Skype, we can record this week for next Thursday’s release of the show. There’s a good chance that in the next few months, the “He Said, She Said” podcast will become a regular thing for free that you can download, so we’re wanting you to be a part of it. It’s a completely different podcast than what I do, and that’s what I like about it. You come on with any problems you’re having, and we try and give our best unbiased advice. It’s been a lot of fun so far and we’re hoping to continue it, but we need your support. So email myself at steve@realitysteve.com, or hit up Sharleen if you’re interested in being on this month’s show. Look forward to hearing from you.

Did you see Bekah on Kimmel last night explaining the whole “disappearance” thing? Exactly what I explained it was last week. The outlets that were reporting she was missing and the reason she was found was because someone saw her on the show was such click bait and embarrassing. Then again, I shouldn’t expect anything less from people who don’t do their homework. Here’s what she said last night:

Last week I gave you the episode 1 spoilers on what to expect tonight in the premiere episode of “Winter Games.” Today I’m going to give you episode 2 which airs on Thursday. Next week, I’ll have your episodes 3 & 4 spoilers for you and hopefully what happens at the “Tell All” taping this Friday. Lets face it, their “fun” shows (BIP & now Winter Games), they don’t care nearly as much about spoilers and post show social media accounts. Anybody who follows them clearly saw that Ashley, Kevin, Dean, and Lesley were at Pebble Beach this past weekend. That’s at least the 5th time these couples have been together post show. Yes, Ashley and Kevin are dating. Did she lose her virginity to him? Yes. Will it be a storyline? Yes. Was that the two of them in the black light in bed they showed during the preview? No. That was Dean & Lesley. But Kevin and Ashley are together and have been since the show ended. But it’s only a matter of time before that ends…

Here are your spoilers for episode 1 and what to expect in episode 2 airing Thursday:

-The competition in episode 2 is speed skating. As per the rules of this show, the guys compete against the guys, and the girls against the girls. However, for this competition, they’re surprised and told after it’s all over that the two WORST performances are the ones who get date cards. Dean & Lesley go on their first date where they go tubing, and Luke & Stassi get a date where they go on a horse drawn carriage and then a hot tub out in the cold. I think Luke & Lesley were the two losers in this competition, hence the date card, but not 100% sure. I just know those were the two dates. So either Luke & Lesley lost, or Dean & Stassi were the worst.

-Jordan from New Zealand finally arrives on the show as he apparently had visa issues.

-This is the episode where Kevin and Bibiana (who went on a date in episode 1) end their “relationship” and he starts up with Ashley. Bibiana then becomes a “thing” with Jordan from New Zealand.

-Clare and Benoit, who had a little thing going in the first episode, end up splitting up because Benoit sees she and Christian from Germany have some interest in each other. Clare doesn’t want to be tied down to one person, she lets Benoit know, he cries, and ends up leaving the show.

-The rose ceremony elimination is more like a BIP rose ceremony, as Chris Harrison tells them it’ll be the men handing out roses to the women. The rose hand outs were as follows:

Dean gives his rose to Lesley
Josiah to Ally
Ben to Yuki
Christian to Clare
Courtney to Lily
Luke to Stassi
Kevin to Ashley
Jordan to Bibiana
Michael G. to Jenny. I think. It’s either Jenny, Rebecca, or Tiffany. But I think it’s Jenny.

I’ll have your episodes 3 & 4 spoilers next week, as there’s a mass exodus of people before the finale, kinda like how they do on BIP once they tell everyone to couple up. That’s essentially what happens this season and a ton of people leave.