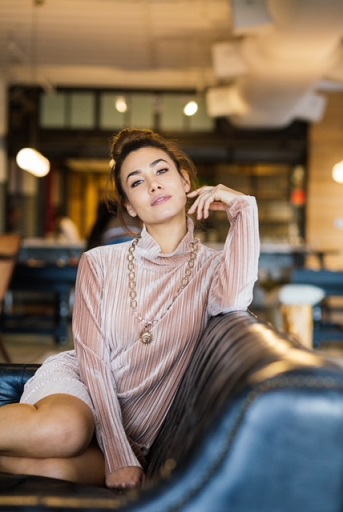 It’s been almost a year since I had Sharleen Joynt on this podcast, so I figured it was time to bring her back. She last appeared after the finale of Nick’s season last year. You’ll be getting a double dose of Sharleen in the next week, as next Thursday will be episode #9 of the “He Said, She Said” podcast on Stitcher Premium where we take your calls on anything relationship related. If you still want to be a part of next week’s podcast, email me or Sharleen and, assuming schedules match, we can record next Tuesday night. Anyway, a fun interview with Sharleen since she is going unspoiled this season. I’ve done my best not to spoil her all season, although we did almost have an accident a couple weeks ago we go over. And then in this podcast, I accidentally let something slip as well, but not having to do with the ending. Always love talking to Sharleen about this show because she can put together in words, much better than I can, particular scenarios and how she feels about them. I just blurt it out. She actually breaks it down to its root. Like her assessment of all the “I’m falling for you’s” Arie gave during hometown dates. Excellent analysis. I’m positive you’ll love listening to Sharleen this week. As always, if you want to respond to the interview, please include her Twitter handle (@SharleenJoynt) in your replies. Hope you enjoy it.

(SPOILERS) Actually, no spoilers this week because Sharleen is going unspoiled this season. She joins me to talk about her current run in La Boheme in British Columbia and being in an opera, how she’s going unspoiled this season (14:14), how we have completely different opinions on Arie as the “Bachelor” (19:47), hometown dates and the silly stages of “I’m falling for you” (25:48), her surprise at Tia leaving at Final 4 (32:58), her overall impression of the girls and the direction the show is headed (37:02), how social media response has changed the show (44:22), where does the show go from here and any changes she would make (55:10), her predictions on how it will end (57:54), the “Women Tell All” and her thoughts on Krystal (1:00:08), and we end with the Final 10 (1:07:47).

I tweeted this out last night, but for those that didn’t see it, the ATFR will be live over two nights, Monday March 5th and Tuesday March 6th. We’ll have the regular 2 hour finale on Monday March 5th which is with Becca and Lauren and everything that went down in Peru. I’m guessing that 1 hr ATFR will consist of showing us the footage of everything that happened post show when Arie broke up with Becca and ended the engagement, then also the footage of him traveling to Virginia to talk with Lauren. As for the Tuesday night ATFR, obviously since ABC hasn’t even announced it yet, we don’t know what it will entail, but if it follows the pattern of Jason’s season (where the exact same ending happened), I’m guessing that’s the night we’ll have Becca and Arie together for the first time since the break up, then they’ll bring Arie and Lauren out together. However, I can confirm exclusively that Jason & Molly will be part of the filming on Tuesday the 6th. Gee, I wonder why?