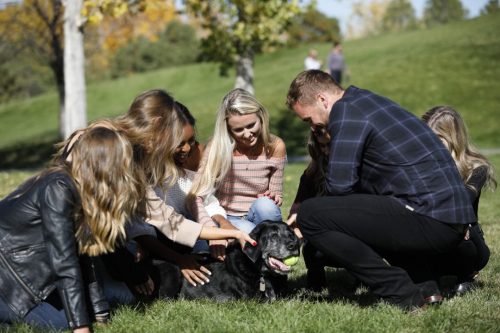 I’m know a few of you saw last week that I did an IG live to go over the spoilers the rest of the season. Anyone who follows me knows I’m not a huge IG guy at all. Not for me. So that was the first IG live I’ve ever done. Felt it was necessary after last Monday’s episode that had the crazy teaser for the rest of the season that confused a lot of you. Rather than write it all out again, I figured I would address it verbally and explain what I know and what I don’t know for the remainder of the season. Afterwards, people said I should do those more often, and I’m sure I’ll eventually do another one at some point, but honestly, that platform kinda sucks for answering questions. I can only see I believe about 4-5 bars at a time. So if a question gets asked, and I take more than 5 seconds to answer that question (which I usually do), the whole next stream of questions gets asked without me getting around to even seeing it because I’m still answering a question. Which in turn then forces someone to ask that question again later on, and if I miss it again, they’ll keep repeating the process. Not to mention people that join in late, missed a part of the show, and ask a question I may have already answered. Doesn’t IG have a better way to do that? Like I can pick and choose the questions to answer on my IG live? I don’t know. Just doing that thing almost causes anxiety with so many comments and questions popping up on the screen while you’re trying to talk. Soooooo yeah, I wouldn’t be expecting many more of those in the future.

“Temptation Island” episode 6 aired last night and you got what you all wanted – full blown cheating. Evan had sex with Morgan after the previous episode where he said he wouldn’t, and basically Kaci is an emotional wreck at this point. Which leads to this week’s podcast. As you know, Kaci has been a guest every week since the show started and she’ll continue to be a guest through the end of the season. However, tomorrow I will also be interviewing Evan as well to get his take on everything that happened in last night’s episode, his backstory, what led up to it and, well, what the hell was he doing? Going to be an interesting conversation to say the least. Nell Kalter’s recap of last night’s episode is up now for you to read. And here’s an exclusive clip from next week’s episode where Evan talks about being weak for breaking the rules he’d set up with Kaci:

Ratings are in from Monday night, and the “Bachelor” drew its highest numbers of the season, with 6.48 million viewers and tied last week’s 1.9 rating for highest of the season. It was the highest rated show on Monday night with that 1.9 rating in the Adult 18-49 category. See, now I’ve turned into Robert Mills in Colton in describing the ratings. What they always choose to leave out is AGT: The Champions drew 4 million more viewers, and it basically had the same number of people watch their show as who watched “The Neighborhood,” “The Good Doctor”, and “Bull.” But hey, don’t let facts get in the way of a good headline boys.

I mentioned yesterday I was going to talk more about the Tayshia/boyfriend situation in today’s column, but I’m gonna hold off. Him speaking to US Weekly on Monday is basically word for word what he told me. There isn’t much ato add to what he said, and kills any credibility that Tayshia has. Labels or not, in this franchise, the fanbase wants to be convinced that every contestant going on the show is there for the purest reasons to find the love of their life, get married, and live together in bliss until one of them dies. Completely unrealistic, but I’m telling you, that’s what the fanbase wants. So when something like this happens, it taints their image of them. Is Tayshia the first woman to do this? Not at all. And won’t be the last either. But if it happens, and I’m notified of it, I’m going to point it out. That’s why I’m here. To tell you more about what goes on other than what you see on your TV every Monday night for two hours.

One final thing before we get started. Colton went on Kaitlyn’s podcast yesterday and briefly (and I mean briefly) talked about the spoilers. This is what he said: “You know how there’s people who spoil the season…the spoilers that are out there are wrong…so why would I slip up and confirm something that’s already messed up.” Since Colton never went into detail about what is wrong with the spoilers, there’s not much I can say in return. What I can say is, the end result is correct. He’s with Cassie. He dumps Tayshia and Hannah G. during the overnight dates. So my guess is he’s digging into semantics on something I have that is wrong, or maybe he’s even saying something is wrong that I don’t have. Which I’ve told you time and time again I don’t have every detail to the season. So I’m guessing that’s why he’s saying “they’re wrong.” It’s not on any major detail to the end of the season, that I know. So he can keep flapping his gums for attention and ratings (which by listening to that podcast, you know he can’t get enough of), and when this is all said and done, lets see what he’s actually talking about. We’re talking little details here because the main spoilers aren’t wrong.

Lets get to the emails of the week. A lot of repetitive ones that centered around Cassie and Caelynn vs Tayshia and Kirpa, so I tried to take as many of those out and address it only once. But you’ll see there are different layers to it. Some really good emails this week. Those start on Page 2…