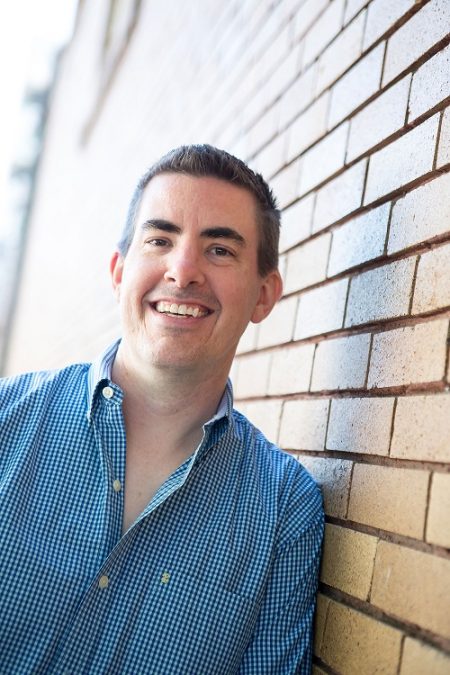 You know I always love talking TV and kind of the meat and potatoes of what goes on behind the scenes, and my guest this week Andy Dehnart of RealityBlurred.com has been doing that on his site for years. As a member of the Television Critics Association and a teacher of journalism and creative writing at Stetson University, he watches these shows probably a little bit different than you do. I had Andy on over a year ago, but I wanted to bring him back now because of an interesting piece he wrote this past Monday on how AYTO and Bachelor in Paradise are handling same sex couples on their shows this season. Being a gay man himself, I thought his insight to this was on point. Everything we talk about in today’s podcast, I’ve linked to articles he’s written about below, so check those out if you want some sort of reference. Andy is incredibly insightful and is able to look at these shows with a critical eye that not only makes you think about what you’re watching, but also might even make you change your mind a bit about something you may have already thought one particular way. As always, if you’d like to respond to the interview, please include Andy’s Twitter handle (@realityblurred) in your replies. Thanks again to Andy for coming on as he’s always been a great guest to talk to. Enjoy…

(SPOILERS) Before Andy joins me I briefly talk about Peter’s upcoming season, then Andy joins and he talks about the piece he wrote earlier this week on how shows like AYTO and Bachelor in Paradise handled same sex couples this season (5:51), we talk about the next two seasons of “Survivor” forthcoming and whether we like the direction it’s headed (27:17), the diversity, Inclusion, and Racism on Big Brother over the years (40:22), and we end with Andy’s suggestions for some reality shows you may not be watching (52:50).

Twitter – @realityblurred
Article: Are You the One and Bachelor in Paradise: Which Way Will Queer Representation Go?
Article: Big Brother Holly to Producers: “Stop F***ing Telling Me What To Say”
Article: Big Brothers Editing of Kemi – and Jack and Jackson – Was Disgraceful
Article: CBS Executives on Survivor and Big Brother’s Diversity, Inclusion, and Racism
Article: Survivor 40’s cast and 20 Survivor Winners
Article: Reality Shows to Watch