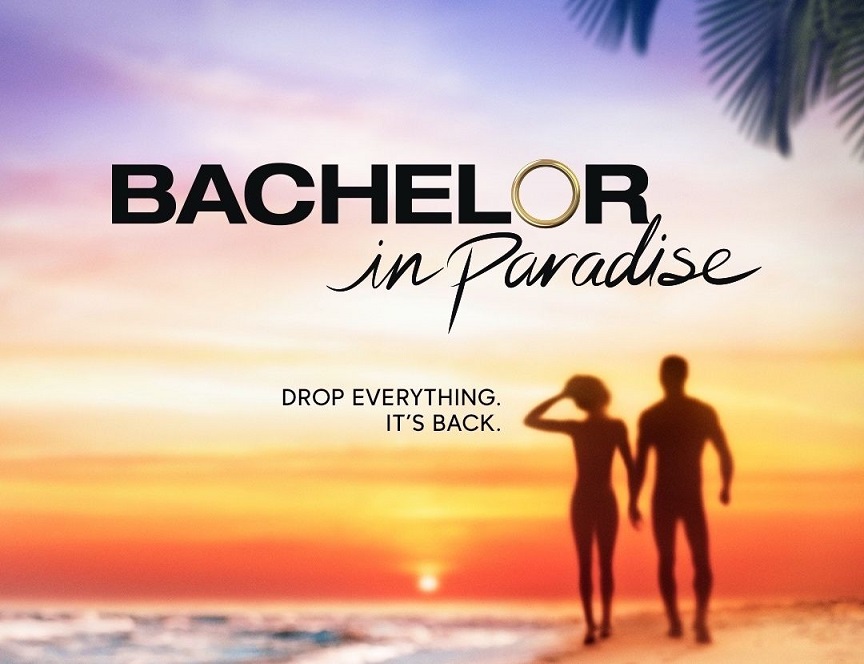 Been a while since we’ve had a column on here. Clayton’s finale week in mid-March to be exact, but here we are. “Bachelor in Paradise” filming began last week in Mexico, and I have almost all of your spoilers thru the first week. Last night I went live on IG to give you these, but since that post, I’ve received even more things, so I threw everything in here. I have your original cast, all your first rose ceremony roses and eliminations, and what’s happened since then. Rose ceremony #2 (where women gave men the roses) was on Wednesday night. I don’t have all of those yet so I left that out. But with a lot of misinformation going around, and wrong names being thrown out there of who’s in Mexico, not to mention just reckless reporting of posting everything you hear hoping stuff will stick, I figured it was time to let everyone in on actual facts, not speculation. Also, podcast #291 is a day late and will be posted later tonight as I’ll be recording with Luke & Iris from “Temptation Island” later today. If I hear any new BIP spoilers before then, I’ll add that as well.

After everyone arrived, Victoria Fuller (Peter’s season) came in later. After the first day, but before the first rose ceremony. When she arrived, she took Justin on a date.

A day after the rose ceremony, Kira returned to the beach and she ends up leaving together with Romeo.

Sometime between rose ceremony #1 & #2, Salley Carson (Clayton’s season) arrived and was barely on the beach before self-eliminating. What I’ve heard is that production did her dirty and she wanted no part of being there anymore, so she left. Details sketchy at this point in terms of what happened, but I’ll fill you in once I hear.

On my live last night, I had Rodney giving Lace a rose. Maybe when Rodney arrived (since he wasn’t original cast), he took Lace on a date and she gave him her rose at rose ceremony #2, because I’ve heard they’re coupled up as of now.

Also, I said last night Andrew is with Brittany. Considering Teddi left (who he gave his first rose to), it would make sense Andrew had to move on to someone else. I’ve heard that person is Brittany now, so I’m not sure where that leaves Casey. Maybe he got eliminated at rose ceremony #2. Not sure. I don’t have all of rose ceremony #2 yet.

Aaron and James are two people that arrived (along with Rodney) after rose ceremony #1. Aaron took Genevieve on a date, and now they’re coupled up. Remember, this was brought up by Shanae at the WTA when she accused Genevieve of sleeping with Aaron right after getting off Clayton’s season. I’m not sure who James took on a date, but James didn’t make it past rose ceremony #2.

Wednesday night was rose ceremony #2. Which now means women will be entering the show yesterday and today. I know that Sarah Hamrick and Kate Gallivan are there (Clayton’s season), along with another blast from the past, Danielle Maltby (Nick’s season). Eliza Isichei and Mara Agreat I’ve heard are also on the list to appear this season at some point.

Pilot Pete, Greg Grippo, and Blake Moynes are not showing up this season. Rumors of first night eliminatees from Clayton’s season – Lindsay Dobbs and Rianna Hockaday – being on the cast are false. They’re not there as of now. Haven’t heard anything about Joey and Justin Young, the twins from Gabby/Rache’s season being there either. Rick Leach and Pardeep Singh have not appeared on the show as of this writing either.

It was announced yesterday “Bachelor in Paradise” will begin on Tuesday, Sept. 27th, which is 12 weeks after Gabby & Rachel’s “Bachelorette” season begins on July 11th. So looks like a normal season of 11 episodes of the “Bachelorette,” or possibly 1 or 2 more if they double up at any time, then immediately into “Bachelor in Paradise” the following week. It hasn’t been announced if BIP will be a Monday & Tuesday show, or just Tuesdays. But once we start “Bachelorette” on July 11th, it’ll be roughly 9 straight months again of Bachelor Nation programming.

So while the show may have taken four months off between Clayton’s finale airing in March and Gabby/Rachel’s “Bachelorette” premiere on July 11th, they’re definitely making up for it with plenty of programming from July through mid-March 2023.

Send all links and emails to: steve@realitysteve.com. To follow me on Twitter, it’s: www.twitter.com/RealitySteve. Instagram name is RealitySteve, or join my Reality Steve Facebook Fan Page. Talk to you later today when Podcast #291 is posted.