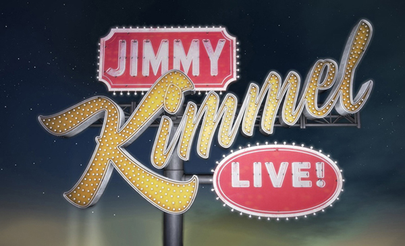 We are used to a lot of hype when it comes to this show. Whether it’s Chris Harrison claiming it’s the “most dramatic whatever ever,” or proclamations that the particular season is the _____ ever, this show lives off hyperbole. Rarely ever when they hype something does it ever live up to it’s billing. For the last couple weeks, creator Mike Fleiss has been tweeting about something historic that he was going to announce, but never told us when it was going to happen. That is, until yesterday. He tweeted out yesterday that the “historic” announcement was going to take on Jimmy Kimmel Live tonight. So I guess it’s up to each individual viewer how to view this quote and they can determine what they believe to be historic. I guess some might look at it that way, some may not. Is there an aspect to it that’s “historic?” Absolutely. But the way the show is promoting and the way they’re acting, it is kinda laughable when you think about it. Only because this is an announcement that they’ve been able to control for the last 33 seasons. They’re acting like this suddenly fell in their lap and now they can say, “We made history!” Well, you did. Took you long enough. In case you couldn’t put two and two together, I’m here to tell you what will be announced on Jimmy Kimmel Live tonight…

Rachel Lindsay is going to be named the next “Bachelorette.” Fleiss is a beauty sometimes. Like, he’s been jumping up and down for two weeks now with this “historic” announcement basically, “Look at us! Look at us! Look at what we’re going to do!” and is probably so proud they cast their first black lead, when ummmmm, YOU had the ability to cast that person for 34 seasons and chose not to. It’s not like they’re finally being allowed to cast one. Or that someone dropped into their lap. His own decision making is the reason that for the first time in 14 years and 34 seasons we’ll finally have a black lead. You’re the one who waited this long, not any of us. You had everything to do with this decision for 14 years and chose not to go the route you’re going now. Just bizarre behavior, but then again, what do you expect from a guy like that?

So is it historic? Yes. Actually, in two ways. One, we have our first black lead in the history of the show. And two, we are getting the first “Bachelorette” to be announced while they are still competing on the show. Rachel doesn’t go home for another two weeks. They set this precedent last season when Nick was announced as the “Bachelor” while he was still on BIP and in a “relationship” with Jen. But that was BIP, a show that people don’t take nearly as seriously and has only been on for three seasons. This is the “Bachelorette.” Rachel will be the lead in the 13th season. They’ve never named the lead of either the “Bachelor” or “Bachelorette” while they were still competing on the season they were on. So in that aspect, yeah, it’s historic I’d say. Because of spoilers, they’ve changed the game. If spoilers weren’t around, they’d never do this.

With that said, I wanna give credit to Amy Kaufman of the LA Times, who tweeted this out Saturday afternoon:

I just found out a piece of information that makes me 100% certain that @TheRachLindsay is the next "Bachelorette." It's happening.

Good job, Amy. Not sure what information it was that she had, nor do I expect her to reveal it, but it was right and that’s all that matters. Look, I don’t think any of us are truly that shocked it’s Rachel, right? In my first spoilers posted Nov. 22nd, I posted a few paragraphs about how if it’s not Rachel this season, then I’d begin to doubt they’d ever cast a black lead, since they finally had their first viable candidate for the role and it certainly looked like that would be the direction they went this season. So yeah, getting Rachel announced shouldn’t be too much of a surprise, but I think the timing of it is. Why? What’s the point? She still has two weeks left. Obviously, in her interview tonight and subsequent interviews, when asked about Nick, her canned response will be, “You’ll just have to see how it ends between us.” And that’s fine. To be expected. It’s nothing crazy either. He just doesn’t give her a rose after the overnight dates. We’ve seen that plenty of times, then also seen that #3 girl go on plenty of times to become “Bachelorette.” Just none announced this early.

I’m sure you’re asking why this early, and the truth is, I don’t think we’ll ever know. If I had to guess, I’d say it’s to drum up interest and give them a full month to promote her. Remember, if they went off previous schedules when they do the “Bachelorette” announcement at the live ATFR, “Bachelorette” begins filming the same week as the “Bachelor” finale airing. They’d have 2 or 3 days of build up before Rachel was off filming. Now they can promote her for the next month and get people excited I guess. I don’t know. I can’t really think of any other reason why they’d do it this early with a girl who’s still on the show. The only other girl they announced during the airing of the “Bachelor” was Emily Maynard, but she wasn’t on that current “Bachelor” season. It was just to get guys/fans excited, and I’m sure drum up some late applications, which I’m also sure they’ll promote for Rachel.

One thing this announcement does is put an end to this myth that you have to have a ton of followers on social media to get the lead role. Not anymore. Corinne, Raven, Danielle L., Danielle M., and Kristina all have bigger followings than Rachel on Instagram, and kinda by a lot. There might even be more girls who do this season, I just went and looked at the top 7 girls. So this notion that you have to be the most popular, or get the most likes, or have this giant fan base on social media is meaningless. Thank God. If I’ve said it once I’ve said it 1,000 times. Social media, while important, is never the deciding factor in any decision they make, nor is it ever to be taken as 100% fact. Rachel’s announcement as the next “Bachelorette” is proof of that.

As is the case every season, I’m sure some of you hate this idea, and some of you love it. Rachel has a fan base. And I’m sure that fan base will get even larger when they watch her 1-on-1 date tonight, her hometown next week, and then her overnight date and getting dumped in 2 weeks. Is the first black lead going to kill ratings? Send them through the roof? Nobody knows and it’s pointless to even speculate over something like that. We know what the numbers have been for the last five or so seasons for the “Bachelorette” in the summer. Usually draws in the high 5, low 6 million viewer range a week. Whether you think Rachel will be the better or worse than that, I don’t think really matters. It’s a show that survives more so by its format than it does its lead. Remember everyone who whined about Nick getting the gig, and his ratings have held steady with basically every season before it. People watch for many other reasons than who the lead person is, and ratings prove that out every season. If her ratings are lower, yes, the easiest common denominator will be to say, “See, it’s because they cast a black girl,” but that’d be highly ignorant. We haven’t even seen the season yet. You don’t know who any of the guys are or what’s gonna happen. For all we know, they might cast terribly. We don’t know.

I’ll withhold judgment until we actually see the finished product. But is there a portion of America that will make snide remarks and claim they won’t watch because it’s Rachel? I’m sure of it. And that’s pretty sad. Won’t be me. Whether it was Rachel, or Raven, or Corinne, or Kristina or whoever the hell they cast, it wouldn’t matter to me. My job is to spoil the show and that’s exactly what I plan to do. I’ve done for 8 years now and I have no intention of stopping. So you’ll still get your spoilers as the show begins filming in mid-March with whatever I can get you come that time. Good luck to Rachel, and I’m sure a lot of you have an opinion on this, so feel free to send me your thoughts today, and they will go in tomorrow’s column. I don’t want to save them for “Reader Emails” Wednesday because it’s already a big stack. So any Rachel thoughts you want to share, positive or negative, I’ll include in tomorrow’s recap.

Tonight: For those curious about tonight’s episode, yet again, we will have another cliffhanger. Yes, I’m aware hometowns are next week, but tonight’s episode from everything I’ve gathered, ends with Nick coming to the room and sending Kristina home (after Danielle was already eliminated during her 1-on-1), leaving only 4 remaining girls, who are now worried that maybe Nick doesn’t take all of them to their hometowns. He does. We just won’t see that until the beginning of next week. So quick recap of tonight: Nick cancels the cocktail party and rose ceremony in St. Thomas after a rough week and speaking with Chris Harrison, the remaining 6 go on to Bimini, Vanessa gets a 1-on-1, three person group date with Corinne, Raven, and Kristina with Raven getting a rose, Danielle 1-on-1 where she gets sent home (after which Corinne goes to Nick’s room to try and have sex with him), Rachel 1-on-1, then he comes to the house and sends Kristina home. Enjoy…