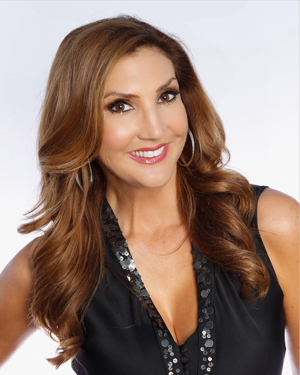 Turns out my husband had an affair that lasted over a year. Supposedly it ended before I discovered it, but it truly devastated me. I stayed with him because I loved him, because we had children, and because he promised to never cheat or deceive me again.

Unfortunately he remained friends with her behind my back (for well over a year now) and his whereabouts, at times, seemed fishy? I don’t think I can ever trust him again, and I don’t understand why he’d continue to do something that could cause further damage. He believes the continued contact with her was OK because the sexual aspect was over. And he excuses all the lies by saying that I would have made too big of a deal of it and made his life miserable if he was honest about the contact. I am ready to file for divorce, however he keeps insisting that I’m an unreasonable and a deserter. Am I??? I know “me”, and I don’t think I can get past the totality of it all, but his accusations of me being the one destroying our family are giving me the guilts.

Comment: Wow, talk about projecting his own problems onto you. Geez. I love how he’s the cheater, but then tries to justify all of it. He shouldn’t have cheated in the first place, and the fact that you forgave him and stayed with him he should’ve been kissing your feet from that moment on. If I were him, I wouldn’t have done anything from that point forward that might’ve made you the least bit worrisome about what he still might’ve been doing. The LAST thing he should’ve done would be to keep up a friendship with his mistress – no sex or not. And I don’t believe for a second that they never had sex during the year of friendship. Bullsh**.

I don’t really have a “love” question but rather a question about what happens after.

I have not been on my own in 20 years and after a really nasty divorce, I will be. I am not like others who need to be in a relationship. In fact, I am kind of looking forward to making decisions without asking/checking in with someone else. It is almost a year since we separated and I am not really interested in finding someone, and to be honest, I am okay if it never happens again. I am too busy fixing me and figuring out what I want. Did I mention it is a very nasty divorce?

So: “Why am I writing you?” you may ask? Well: How do I be single? I am not afraid to be alone. I just don’t know how. I am thinking of getting a dog. Or a cat. Or something. I have moved across the country to be with my family and really am starting over. I refuse to impede on them and their lives more than I already have. I am not a really big “joiner” and am certainly not a party girl. I am more cerebral and introverted. I want to make friends but do not want to put out the wrong vibe. I usually get along with men rather than women but in my age group, most are married or are looking for more than I am ready to give.

What is the best way to meet friends?

Any advice would be appreciated.

Comment: Well, I guess it all depends on your interests and what not. Of course I’ll always suggest getting a dog. They’re the best. Adopt if you can. And definitely don’t jump into anything right now. There’s no way you’re ready. Sounds like you got that part covered. It probably will be lonely for a while and your nasty divorce I’m guessing will be on your mind a lot. If your cerebral and introverted, you probably don’t want to do a lot of things in groups like you alluded to, so just do whatever makes you content. If that means binge watching your favorite shows while getting a new dog, so be it. Hang out with friends, but don’t overdo it. You’re now “free” for the first time in 20 years, so do what makes you happy.
__________________________________________

I wanted to reach out for advice. It’s been a year and I am still struggling to get over my first love. Unfortunately, he and I did not have a “relationship,” as we lived in different cities. We met through a friend, texted and talked on the phone for months, and once we did, it was everything people tell you that love is going to be. I’ve never felt that, even in past relationships, and honestly never thought I would.

Since then he’s made some missteps and I find myself constantly making excuses for him. We realized we cannot be together if we’re in different cities and the last time I saw him, he tried really hard to be “normal:” flirting with girls in front of me, talking about being on Tinder, etc., even though he knew about my feelings for him (which were DEFINITELY reciprocated as we spent many hours on my bathroom floor crying once over not knowing what to do about us).

The problem is — he’s still texting me. He shows up out of the blue in my inbox every couple of months and I’ve stopped responding, not because I don’t want to talk to him. I really do, truly. I just don’t think he realizes how much he hurt me because I never verbalized it (which my friends say shouldn’t be the case and that he should know). So when he shows up, he is in control of when we talk and text, but my texts used to go unanswered. I stopped initiating conversation, because he’s the worst texter, but he’s been reaching out more regularly lately.

I haven’t been dating or trying for the past few months, because I’m not over him. I don’t want to lose him from my life, but I also don’t know how he can be in it in this capacity. What do you think? Am I just a cushion for him — someone he texts when he needs to feel better about himself? Should I listen to my friends and cut him out?

Comment: You’re right. He can’t be in your life in this capacity. As you described, it’s causing you too much heartache. And he’s a guy you’ve never actually had a relationship with, so I’m curious as to why you’re so attached to this guy. I’m curious as to what your relationship was with the guy and how old you guys are. I’m going to guess you’re in your early to mid 20’s. I understand you’re hurting and whatever stranglehold this guy has over you is a bit much with all things considered. It’ll be hard to hear, but you need to let it go. If this guy doesn’t want you the way you want him to want you, there’s no need to pine over him any longer and drag out your misery. For what?

Or, you can just flat out tell him your feelings which you’ve never verbalized before and see what his reaction is. But there’s no reason to beat yourself up over this anymore from a guy who clearly isn’t showing you much consideration and pops in and out of your life on his terms. I think you should dip into dating more and maybe it’ll help get over this guy. I’m sure there is someone out there that won’t just be a convenience guy for you. Trust me, I know it’s hard to hear now, but when you find a guy like that this guy will be a distant memory.
__________________________________________