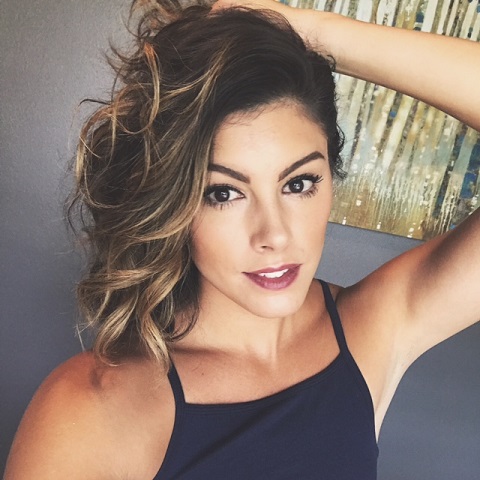 Joining us this week for Podcast #39 is Lace Morris, and frankly, it’s a good one. Lace certainly became quite a character on the two seasons she appeared on, including getting engaged on last season of BIP. What was her thought process? Did she think she was really in love? When did the relationship start going south? How much of Grant’s baggage was she aware of before filming began? All questions that Lace answers honestly in our little over an hour conversation. One update for you: Lace has a new boyfriend she’s been with around 6 months. During Rapid 10, I asked her what she thought HE’D say her worst habit is and she said she’d ask him later that night and text me back. She did and he said it was her “popping her gum,” something she didn’t even realize she did. As always, if you want to respond to the interview, please include Lace’s Twitter handle (@LaceMorris) in your reply so she can see your comment as well. One thing I was hoping to get from Lace was candor and honesty about her relationship with Grant and she definitely delivered. Hope you enjoy this interview. By the way, I’m giddy about what’s coming the next two weeks on the podcast. Something I haven’t done before but I think it’s worth it. I’ll have more for you next week. In the meantime, enjoy Lace today, and please rate, subscribe, and review on Apple Podcasts as it helps tremendously.

I started dating this guy about 8 months ago and things have been going really well. We get along great, he’s a wonderful boyfriend, my friends love him, and it’s the most drama free relationship I’ve ever had. We’re overall compatible and have a lot of fun together.

Recently, as we’re really getting to know each other and getting past that honeymoon phase, I’ve noticed he has a tendency to be fairly immature. First, two months ago when we were at dinner with his parents, he was upset with his dad and basically pouted the whole dinner, so his mom and I basically talked the whole dinner while he sat there quietly moping. He did apologize to me when I brought it up to him later. Lately, it’s been stories he comes home with from his work. He says he’s upset because his boss keeps being rude and in the anecdotes that he tells me, he’s constantly snapping back at her because she’s upsetting him. I do believe she’s not the best boss, but I also think the key to being a good employee/person in general, is not reacting emotionally especially in professional situations. He’s not going to change her so I think he should just keep quiet until he finds another job.
Anyway, my question to you is basically do you think this is a red flag? I know everyone has their flaws, me included. I just question if I need to be more flexible and understanding because every relationship is going to have its issue, or if because I am more on the mature side I should see this as a “we are not a match in the long run” because it really bothers me that he lets his emotions control him so much. What are your thoughts?

Thank you for always brightening up my week and thanks in advance for the input!

Comment: Could it be a red flag? Sure. But it sounds like this is just one thing so far that he’s done which is getting under your skin. By no means do I see this as a deal breaker. But you’re 8 months in. I’m sure the longer you’re together, the more you will start to see the uglier side of him in whatever capacity that may be. That’s natural. Nobody meets someone and loves everything they do. Impossible. Just doesn’t happen. So while it is a red flag, I’d say it’s a tiny one. If him pouting at dinner and complaining about work is the biggest of your problems after 8 months, you’re golden. Just know there will be speed bumps in every relationship and not all of them are deal breakers. It’s how you deal with them and push forward that will determine the staying power of the relationship.
__________________________________

Recently I met this guy on Tinder – let’s call him “A.” We talked for a little while before we met up, connecting over some pretty personal and serious stuff (how we’re both over hookup culture at age 29/30, our past relationships, some shady sexual stuff that happened to me in the past). During this time, I found out he was a hunter, and that felt like a pretty big deal breaker to me since I’m an animal-loving vegetarian of many years, but I was enjoying our conversations so continued with them. The night before we met, we had a pretty sexy talk.

The next day, we grabbed a bite and had a beer in the afternoon, and it went really well. It was hard not to notice how good-looking and kind he was, and I was into him. He walked me home after and there was some serious lingering by my door, like 20-30 minutes of are-we-or-aren’t-we-going-to-kiss type of thing. It was definitely full of tension, but we ended up just hugging a few times. After that, A texted me right away and said he enjoyed meeting me and we’ve been talking every day, but we haven’t revisited any of that sexy talk territory, albeit that’s a bit harder to do after you’ve met. I’ve tried to throw bait at him (flirty stuff like suggesting that he might need some TLC after work, a direct compliment about his shoulders) but without much luck. He’ll acknowledge but not necessarily reciprocate. Sometimes I think he’s just texting me just because he’s bored but other times I’m not so sure – he texts me good morning, good night etc. and follows up on things I’ve mentioned I’m doing and is generally staying involved in my life. That isn’t normal behaviour from the guys I’ve met on Tinder, who are onto the next thing in an instant.

Which brings me to my question. Do you think A:

A) Just views me as a friend and that’s why he’s brushing off my advances?
B) Is interested in me but isn’t sure where to go from here because I told him I didn’t think I could ever date a hunter?
C) Actually wants to make a move but is worried I’m fragile (wants to be sensitive about that shady stuff I mentioned earlier that happened to me)? Is he slowly building ground and trust?
Should I just give it some time and chill and let things happen how they’re supposed to? Is it too early to tell? Do I need to be more clear about my feelings?

Comment: I do think it’s too early to tell. The fact he’s still keeping in touch with you is a good sign. But, you’ve only met once. Maybe he’s just a tad uncomfortable right now going there with more sex talk. It’s certainly not something I would give up on just yet. Yes, I know I’m always the first person to say that if a guy’s into you he’ll make it known he’s into you. But you’re so early in your relationship, it’s not something I would immediately dismiss.

With that said, always keep this in mind: you are meeting him off Tinder, which we know is basically a hook up app. Maybe he’s already getting it somewhere else but doesn’t want to let you go yet because he knows there’s a chance with you. I’m not here to tell people to use or not to use Tinder, but just know what you’re getting into with that. It seems like you’re aware of the culture already, so that’s good. I would just set your expectations real low on that thing. I can’t tell you how many people I’ve talked to who had a great couple weeks with a guy off Tinder, then get ghosted. Happens ALL. THE. TIME. Hence the reason I’ve never used that app or will. I’m past that phase. So keep it in mind and definitely try one or two more dates with this guy, then I think you’ll get a better picture of what’s going on and where you stand.
__________________________________

Podcast #38 – Interview with “Real Housewives of Dallas” Brandi Redmond
Podcast #40 – Interview with Josiah Graham (Part 1) & Episode 3 of the “He Said, She Said” Podcast with Sharleen Joynt
To Top