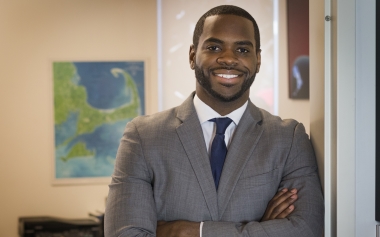 One thing about recording podcasts early is that news can break in the “Bachelor” world and it doesn’t get discussed. Or what we discussed isn’t as relevant. Part 2 of the Josiah podcast today unfortunately has that happen. Yesterday on Twitter I announced that my sources are telling me Peter is the next “Bachelor” and that the announcement is expected to be coming soon from ABC. Well, since I recorded this podcast with Josiah a couple weeks ago, we talk about possible “Bachelor” scenarios with Peter, Dean, and Eric. So you can hear his thoughts on that, but just know it was recorded long before yesterday’s news. I like knowing that I have podcasts recorded and in the can ready to go, but yeah, at times I’m going to miss out on being able to talk about relevant news. When I first started doing these, I recorded all my podcasts on Tuesday or Wednesday, with the release happening Thursday. But that became too much of a hassle because someone canceling last minute, or having to rely on nothing going wrong became too nerve wracking for me. So now I record it the second I know they’re available just so I know I have it. Which gives me a better peace of mind, but yeah, it potentially sacrifices not being able to talk about more recent news. With that said, Part 2 of Josiah’s interview is excellent. He’s very open and honest about Lee and I think you’ll be surprised at what he says about the guy. I think my favorite part though is during Rapid 10 when I put his spelling skills to the test. Remember, he won the Spelling Bee on the South Carolina group date. Does he live up to that title? You’ll have to listen and find out. As always, if you want to respond to the interview on social media, please include Josiah’s Twitter handle (@JosiahDGraham) in your replies. He saw all of them last week and texted me to say how much he enjoyed the response. Hope you enjoy Part 2 today. And guess what? It’s AD FREE!!!!!! One hour and 16 minutes straight with no interruptions. I’m sure that makes a lot of you happy.

I have been married for 18 years and we have 4 children. We are both in our late 30’s. My husband is away for work about 7-10 days and then home for 2. When he is home, we try to spend some time alone and have a breakfast date or a date night. He’s really good about spending time with me when we leave the house. When we are all just hanging out at home I feel like he pushes me aside. I know he loves me I don’t doubt that but sometimes I don’t feel appreciated. I look forward to the time that he is home and I hate that he spends most of his time outside. He is outdoorsy and I am not. I like my a/c in the summer! I try to understand and let him have his time outside during the day. My issue is when I want to spend time with him at night he is still outside. Sometimes that will mean watching a movie but it could also mean that I want to have sex. It’s usually not an issue until one of our mutual male guy friends stops by in the late evening. If he stops by to talk, then I can forget any kind of attention from my husband unless I sit outside for 2 or 3 hours. It’s getting old. I only get to see him 2 days at a time and I look forward to that. He knows that this upsets me. I feel like it is affecting our time together including our sex life because I refuse to stay up until 1 am when he’s ready to come to bed. We normally have a great sex life as much as we can due to his schedule. Am I being unreasonable? Should I just leave him alone and let him hang out with our friend if he stops by at night? Is this inconsiderate of my husband? I feel like the situation would be different if he was home every night. Am I being too hard on him? I’ve
already discussed this with him and he says that he doesn’t mean to push me aside. I don’t think he gets it. I would love to get your opinion, Steve, and maybe some suggestions on what I could do to get him to spend time with me at night.

Comment: Unreasonable? No. His schedule is not the most conducive to a great relationship. Of course you feel lonely. It’s because you are. You’re by yourself for weeks at a time. How long is his job schedule gonna look like this? Because if it doesn’t change, I don’t see anything in the relationship changing either.

As for when he’s home, the fact that he can’t give you the time you need is also a glaring problem. He gets two days with you at a time, and he’d rather spend them outside with his buddies than with his wife? Yeah, not good. At all. There’s obviously a disconnect on his end. Maybe it can be the 18 years married thing and he’s just feeling complacent. It happens. However, that doesn’t make it right or excusable. You have every right to feel the way you’re feeling because you’re being neglected. If you’ve talked to him about it and he’s still doing it, then you need to be more stern about him spending time with you or just expect the behavior to continue. You even said you don’t think he gets it. You got that right. He doesn’t. He’s treating you pretty sh***y for what you’ve had to put up with. I hope there’s something with his job that allows this schedule to change sometime soon, because if not, I don’t see this getting better anytime soon. If he’s not willing to change, nothing you say to him will make him.
___________________________________

I’ve been feeling really anxious about my relationship in the last couple of weeks since a conversation with my boyfriend that totally destroyed my feeling of security and belief in a definite future with him.

A little background: we’ve been together over 3.5 years, living together for almost 3, very happily I feel. He has called me his soulmate, and his partner for life. I’ve even considered asking him to marry me numerous times over the last couple years, but held back as I want him to ask me.

Last year we went on a big holiday and I noticed him being a bit quieter and cooler with me than normal, but when we talked about it we decided we were just tired from travelling. When we got back home things went back to usual.

Then a few months back we went on a smaller trip for a long weekend, and that ‘off’ vibe came back. Again, we discussed it and agreed the weather was bad, we didn’t love the city we were in etc. Came home, things seemed good, we rarely argue and we’re enjoying life.

A couple of weeks ago, he got annoyed with me and mumbled something negative that got me asking questions. Out of the blue it turned into a big conversation about how he is “confused” and feels a lot of pressure to get engaged but isn’t sure he wants that yet – I asked if he meant with me or at all, he said a bit of both. I asked when these doubts had come about and he mentioned the holidays having had that weird ‘off’ vibe. He also said he felt we were stuck in a routine, though I pointed out that I’m usually the one who suggests different activities and he isn’t always interested.

I got really upset and cried, and we talked for hours. He tried to reassure me a bit, saying he loves me and doesn’t want to break up or anything, but I have been left feeling heartbroken and depressed. I thought we were on the brink of engagement, and it hurts me that he doesn’t feel the same. Although he has said he doesn’t feel it’s as serious a situation as I took it, and we’re about to lease a new apartment together which suggests he’s being honest about not wanting to break up in the near future, I’m now struggling with it all emotionally. It’s so hard not to analyze everything we say and do to each other for signs of what’s to come, or to worry that he’s going to one day call it off even though I feel like we’re perfect together.

He just turned 30 which I think may have contributed to a sort of mini (early) mid-life crisis, but how do I deal with this uncertainty I now have about whether we are on track to spend the rest of our lives together? Do you think I’m overreacting or does it sound like he’s checking out gradually?

Sorry it’s such a long email, but I’d really appreciate your point of view.

Comment: I don’t think you’re overreacting necessarily, but certainly there could be worse problems in a relationship. Three years living with someone and him dropping a “I don’t know if I want to be engaged to you/at all” now is definitely disturbing to hear. Especially when he never gave a clear reason why. But the fact you do have a new lease coming up on an apartment makes me think he’s not leaving you. At least not yet. And I don’t mean that to sound morbid or anything, because you hear stories all the time about guys (or girls) that just up and leave without any rhyme or reason.

He shouldn’t be having a mid life crisis at 30 though. I don’t buy that. That could be just an excuse. Sounds you’re the one saying that for him. Don’t. How is financially and with his job situation? Everything healthy on that front? There’s a lot of factors to possibly consider that I don’t know about yet. But for the time being, it sounds like everything outside of that conversation seems to be going well. I’d ride it out a bit longer, but definitely open up the communication a bit more. He needs to know how bothered you are by the fact you’ve been living with him for 3 years, yet now he’s saying if he doesn’t know if he ever wants to be engaged/married to you or anyone. If he doesn’t understand how much that would hurt you, then he needs to reassess some things. You don’t want to waste your time with a guy who has no intention of marrying you. Could it be just a phase? I hope so. But you need to find out in the next 3-6 months or so I’d say. Because dragging this thing out, and staying with a guy who is non-committal is just gonna make him think you’re ok with everything. Granted, moving on will be tough, but if he doesn’t want to be with you, it’s your only option.
___________________________________