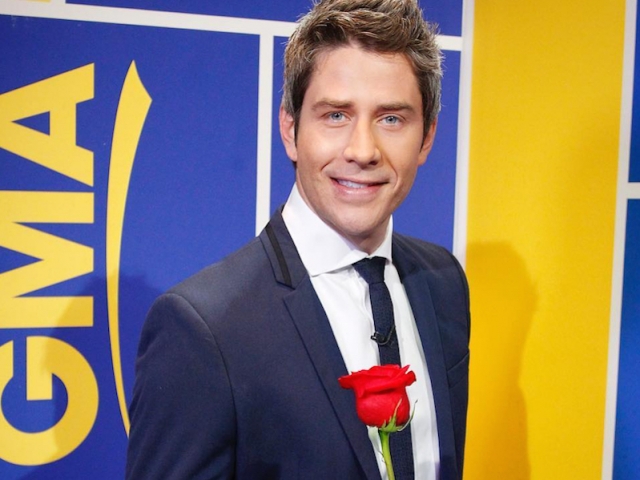 Do you think the franchise will bring on a female contestant from a recent season to provide incentive for viewers who don’t know Arie? I could see them bringing on Raven, as they really do seem to love her.

It’s laughably sickening (sickeningly laughable?) how many former contestants are being recruited to say they love the Arie decision. Most recent one that stands out is Amanda Stanton implying she might try out for this season now BECAUSE it’s Arie. *infinity eye rolls* Do they honestly think we (the informed masses) can’t see through their crap?

You must have your plate load with both Arie questions and dirt to dig up on him, so I’ll change up the direction with questions mostly about the Des interview and Bachelor/ette contestants on Dancing with the Stars:

1. Why wasn’t Rachel chosen for Dancing with the Stars? That cast was also revealed this week, not just Arie’s announcement. I’ve strongly disliked when any of the Bachelors or Bachelorettes have been on the show, but after the Kaitlyn twitter fiasco and ABC’s seeming love for Rachel, I figured she was at least a contender? No “Bachelorette” lead has ever appeared on DWTS. This just keeps the streak going. Why? You’ll have to ask Fleiss about that one.

2. Is your understanding that Des was confident she would go far because she’s a naturally confident person but didn’t think she was the front-runner herself? I can’t remember how AshLee (F?) and Lesley answered that. Sean’s season was the one where he gave many 1st impression roses. His 1st 4 went to Tierra, Des, AshLee, and Selma. I also felt those 4 were genuinely the ones he envisioned doing home-towns with on night 1, but he lost interest in them personality-wise as the season progressed. That’s how I took her answer, yes.

3. Likewise, do the interviews by Des, Lesley, and AshLee (F?) collectively lead you to think that Catherine may truly not have been a front-runner for quite some time and it wasn’t just the edit? Sean always said he “couldn’t say good-bye to Catherine” nothing to imply she was a front-runner. I’m not sure Catherine was a front-runner until the Final 3 or even Final 2. I genuinely believe he took it episode-by-episode and just kept finding reasons to say good-bye to the other girls, one at a time. For example, Des’s hometown, Lesley not opening up emotionally, Selma being high maintenance. It’s certainly possible. I don’t know for sure.

4. Speaking of Sean, did his book confirm that Peta wasn’t invited to his wedding or involved in any of the choreography because of Catherine’s jealousy? I remember him alluding to her jealousy. He doesn’t seem to speak very well of the show or of Bachelor contestants going on it, despite him going on it. I was surprised because she’s also ABC, and all he said was he was going on the show not for the money but to get early dance lessons and a choreographer for his wedding. I didn’t read his book so I don’t know what he said.

5. To what extent does the Nick-Vanessa break-up have to do with Vanessa wanting to return to her school? At least the timing of it. I’ve never seen anybody mention that. She clearly took a leave of absence — a similar timeframe as women do during maternity leave — and by August she had to decide to whether remain in the U.S or return to her school. No idea.

6. Why aren’t we calling Ben Z by Ben yet? Using the initial of his last name seems more appropriate for the Baby Bachelor in Paradise. There have been questions about Ben Z as Bachelor or why he wasn’t a bigger hit on Bachelor in Paradise, but I can’t imagine anybody taking him seriously if we still have to use an initial of his last name. Some people in this franchise have to use that to distinguish from others in the franchise. If you’re just casually talking about the franchise and say “Ben,” there have been a few, so sometimes you have to distinguish.

7. When did Lauren B get to drop the B? You really seem to care about last initials.

8. Likewise, are we still calling Ben H by Ben H? I thought he was promoted to Ben, despite Ben Season 16 having been a Bachelor and Ben H being on the same initial season as Ben Z. Aaaaaaaaannnd there’s more…

9. Was there consideration of making this upcoming season a Bachelorette? Or did they feel that would throw off the formula too much or was there just not enough time to get that together with casting. I can imagine there would have been more exciting had the reveal been Kristina or even Raven despite her ending up with Adam or Becca despite her also brief hiatus form the show. The “Bachelor” (at least for the last 7 or 8 seasons) films Sept-Nov and airs first Monday in January. Bachelorette films March-May and begins in May. That hasn’t changed in years and don’t see why it would. Casting is being done 24/7/365. The cast is pretty much always set before the lead is chosen. Has nothing to do with that. Hence the reason this is a television show and not something huge experiment to find the 25 most perfect suitors for their lead.

10. Did the Winter Games have any role in their casting choice? As in maybe they want a lower-rated and lower-budget show to focus more on Winter Games. That’s a reach.

11. If they’re digging into very past alumni, do you know if Jared, Nick (P?) or Graham were considered? Even Marcus. Was Robby’s rejection by Raven his kiss of death considering how much the franchise loves her? Or is it his job title of “Social Media Influencer” followed by “Former Swimmer” and “Model”? If Raven finds him too much of a pretty boy and even Amanda of all people finds him a player and he’s got no real back story, how can America swoon?

Comment: Jared was a name I heard late, but impossible to know how serious it was. Obviously not serious enough since he wasn’t chosen.

So I have a bachelor theory……

I think production still really wants Peter, but knew he wasn’t completely on board, and that some fans didn’t believe he was ready. (Not me, I am more in the “who gives a sh**” camp)

So they chose a bachelor that they knew would say yes in a second. But also anticipated that there would be so much dirt and awful stories coming out about him. Eventually there is going to be one that brings so much back lash that people will be in an uproar about it. I actually think the show anticipates that Jef will eventually say enough and release some super juicy stuff. They will have no choice but to cancel him as the bachelor and look who will be ready to go….Peter. It would bring more press, be super shocking and give the people what they want.

Steve: Vanessa Grimaldi has BLOCKED Nick on IG. Why not just unfollow him? Why block him? Did she? I don’t follow either on IG.

Amanda being passive aggressive on social media and throwing shade at Robby. Brings back memories. I missed what Amanda wrote. Was it before his tweet?

Lastly, I thought you would attend Sharleen’s wedding.

Hi Steve, I hope you had fun in Las Vegas! My question is about Nick and his grooming business. I noticed that he’s removed the website address from his Instagram header and in fact, as I’m writing on Monday morning, the website doesn’t exist anymore. (Or, at least, I can’t find it.) The “Polished Gent” Insta account is still up but the most recent post was June 7.

I remember thinking his website/business was lame, the products were too expensive and there wasn’t much info about what you were getting for the money, i.e., no special ingredients, no info about what size the products were, what company produced them, etc. It didn’t look to me like a very well thought-out or professional business. What are you hearing? Is Nick out of the mail-order grooming business?

Did Kristina seriously say she would give him another chance if he learned his lesson??? This is pretty unbelievable. They must really be talking behind the scenes. What is DLO thinking about this? I guess his instagram saying Kristina’s out of his league was really with an agenda. Is he just trying to recover from the public fall out. Like what is the backstory here? So interesting.

Comment: If she does, it’s a horrible move. She’s a fan favorite right now. The one possible thing she could do to screw that up would be to get back together with him or give him another chance. I hope she doesn’t, but I’m not her. If she does, whatever happens to her from there is unfortunately on her. He’s shown who he is and I don’t think he’s changing anytime soon. Hopefully she sees that.
___________________________________

I got a case of the bachelor blues. I think Arie was the worst choice. He’s not looking for love at all.

He’s treated his ex girlfriends poorly, even treated Courtney badly, and he likes 18 year olds. Gross. I won’t be watching next session. And I have been a fan for years. I just don’t believe anything Arie says.

I thought Nick was a better choice. And Nick was definitely looking for fame. Hopefully, the show will one day put a lead that actually wants to get married one day.

Comment: Unfortunately that’s not what this show is about. And if that’s what you’re watching for, you’re watching for the wrong reasons. They’ve had 21 seasons of the “Bachelor” franchise and only one married the girl he chose in the end. Does anyone honestly think they can tell me with a straight face that Not Peter will be #2? That’s funny.

Arie as the “Bachelor” & More on the Robby and Amanda Story (With Pictures)
“Reader Emails,” Thoughts on Podcast Reaction From Yesterday, & Who Were Last Second Cuts on Arie’s Season?
To Top