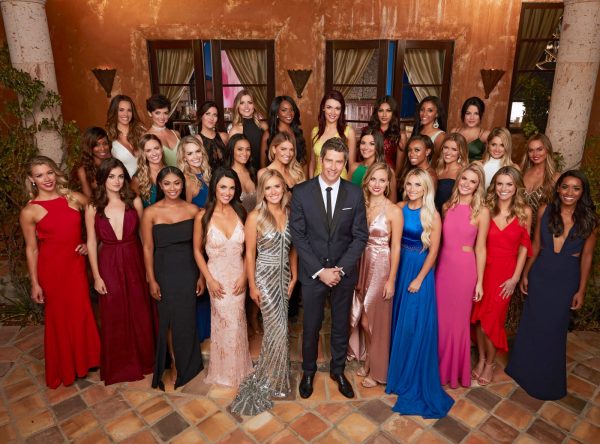 You notice how zero people in the “Bachelor” front office were sending out tweets yesterday regarding “What a great premeire!” and “Thank you Bachelor Nation fans, you’re the best!” Well, there was a reason for that. There’s good and bad news on the ratings front when it comes to the premiere. The bad news is it was the lowest rated premiere in the show’s history with 5.5 million viewers and a 1.5 rating. The good news is that it’s probably because it went up against the two semifinal college football games, and ratings were down across the board. If I remember correctly, the premiere has never had to go up against college football, it’s always been the second episode every season that competes against the national championship game. So expect next week’s ratings to be pretty much the same, if not lower going up against Alabama/Georgia. Certainly for Not Peter fans, who probably love me now for pointing out this fact, they will scream at everyone who says no one cares about him that, “B-b-b-b-b-b-ut it was the football game. That’s why he was the lowest rated premiere in 22 seasons over 16 years.” Which is the case. I just think it’s funny that all Not Peter fans hate me all day every day because I’m so hard on him, but when I give them a fact to back up why the premiere was so low and actually helps their case, they’ll eat it up and tell everyone who will listen. Ahhhh, the world we live in now. Using any info you can to keep with your narrative. You’re welcome.

Something that got under my skin yesterday on Twitter I want to address today and that’s Ben and Ashley I’s podcast where they talked about Brittany’s appearance on my podcast. This is only the second time I’ve heard their podcast. I’ve been over this before. It’s not because I don’t like them, and it’s not because I don’t think they’re any good or whatever. I just honestly don’t care and don’t have the time to want to listen to many other Bachelor related podcasts. I rarely listen to my own. I usually will listen to Juliet Litman’s “Bachelor Party” podcast (by the way, Juliet will be tomorrow’s guest on the podcast), and that’s about it. But anytime one of those podcasts brings me up or something, a reader will usually tell me about it, and that’s what happened yesterday. So I just listened to the segment where Ben and Ashley talked about what Brittany said to me. It started around the 44 minute mark and went on for 10 minutes.

My problem is that in those 10 minutes, at no point did they ever discuss anything that Brittany ever said on my podcast. All they talked about were the text messages I posted with the column which, I told you, weren’t the story. The podcast was. The texts were only posted to corroborate some of their stories they told in the podcast. Which clearly showed me that Ben and Ashley never actually listened to what Brittany had to say. If they want to talk about my podcast on their show, that’s fine. Anyone can do anything they want. But when you have a podcast, and you have a fan base like they do, in my eyes it’s completely irresponsible and bullshit to give out uninformed and misguided opinions on something where you clearly didn’t listen to anything Brittany said. All they talked about were the texts. So that’s my issue. I don’t hate Ben now. I don’t hate Ashley now. I don’t have a problem with either of them actually. I’m just pointing out, for that particular 10 minute segment of their podcast, it was garbage and as hosts they should’ve known better than to comment that long on something they didn’t listen to.

Now, even if they did listen, would I expect them to be happy with what Brittany said? No. Why? Because they’re both friends with Peter. So of course they’re going to take his side. I get it. So honestly their opinion becomes even less objective when you take that into consideration as well. The things they were saying, even just based off the tweets, was pretty bothersome. Almost dismissing everything Brittany came on for and what her goal was, basically just because they like Peter. The fact that they couldn’t even mention where the Brittany interview came from kinda says a lot. Brittany hasn’t talked to anyone in 9 months, and I don’t expect she’ll be talking to anyone in the future. What Brittany said and showed you could only find on one outlet, yet, they couldn’t even mention it by name, even though Ben said he’d been getting a “ton of emails” on it and his Twitter was “blowing up asking us to talk about this.” Again, it’s a small thing, but kinda speaks volumes. Hell, I’m giving their podcast a 4 paragraph mention in this column. I have no issues mentioning if something happened on another site or another show if I’m notified of it. But they couldn’t take .2 seconds to mention where the Brittany interview came from? What if the people listening to their podcast who had no idea where this came from actually wanted to listen for themselves? Oh well.

The whole thing was disappointing to say the least. But we move on. Just like they’re allowed to give their opinions on whatever they like to regardless of if any research was done on it, this was my opinion on a segment of their show yesterday – which I actually listened to. No ill will. No hard feelings. Just thought they could’ve done a much better job of conveying what she actually said rather than just go by her tweets.

See Arie on Kimmel last night? Man, he’s really shoving this “I fell in love with two women” storyline down everyone’s throats every chance he can get, isn’t he? I’m sure his final lady is feeling suuuuuper special right now…

And props to Kimmel for at least playing a little dumb this season by “guessing” incorrectly on 2 of the 4 hometown dates. Usually he just miraculously gives all 4 and the winner. Sometimes he’s given the wrong winner, which is hilarious, because it’s always been on the seasons where I initially had the wrong winner. Imagine that?

Now for a little fun. You know every season they have alternate contestants set to go on the show on the first night. Some are all set to get cast and then told at the last minute they decided to go in a different direction or whatever. Here are 3 girls who were set to be on this season, but were told late in the process they weren’t gonna be on. Some of these girls were actually at the hotel on the night of the premiere Sept 20th, just hours away from getting in the limo and heading over to the mansion, only to be told at the last minute they weren’t going to be on. Sucks to be them I guess.

1. Katie Callaway: I saw this picture on her Twitter that’s since been deleted. Looks like she used to live in Nashville, so maybe she knew Shawn when she lived there. Not sure. 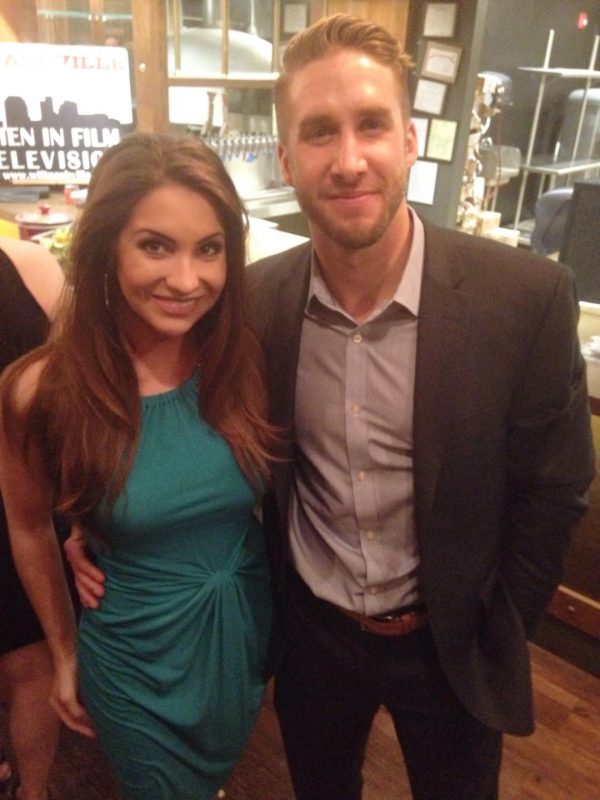 2. Katherine Rogers: Another girl with Nashville ties, looks like this picture she posted was right after she was let go the day filming began: 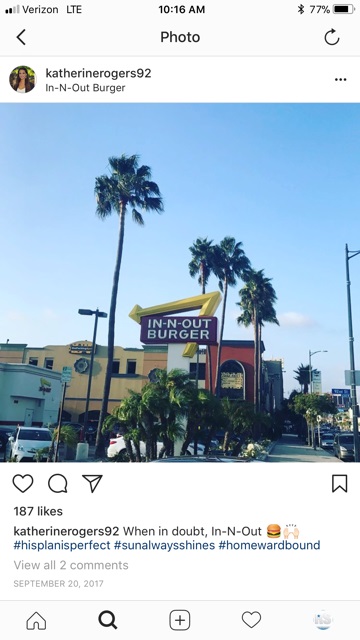 3. Courtney Ray Goodson: Looks like she’s gonna have a little fun with the fact she was told 2 days before she was supposed to leave that there was a “change in casting.” Uh huh. This show is the worst liars, I swear.

TheBrittleBabe TELLS ALL: Y'all, 2017 has been a whirlwind and instead of being embarrassed, I think I'd rather own it, be brave, and make this work for me. This last summer I was 2 days away from being on this upcoming season of THE BACHELOR. I did everything – I jumped through all the hoops. I auditioned and spoke my truth that I have always been looking for an extraordinary guy (and that I was only here because my mother was worried I'd be single forever- she's the best mom), I flew to LA, I met a psychiatrist, I peed in a cup, I met a private investigator, I gave blood, I signed ALL the contracts – the works. It was 2 days before I was supposed to be leaving, with 2 giant suitcases packed with a fantastic wardrobe texting my producer exactly what I'd be saying to Arie as I would get out of the limo, when later on that evening I get the call that there was a change in casting and that I wouldn't be going. That left me homeless, with countless ballgowns, and this bag with a rose on it. In light of my unattained journey with Arie, I've decided he's not going to get rid me so quickly! I've decided that no matter what anyone tells me – I WILL be the 30th contest for Season 22 of The bachelor with Arie Luyendyk Jr!!! Follow me @TheBrittleBabe on Twitter & Insta each Monday night 7pm CST to find me comedically reporting on my journey with Arie from my couch, in my ball gowns! There will be booze a plenty and a good time had by all! Cheers, -TheBrittleBabe @bachelorusa @bachelorinsider @bachelorinparadise @bachelorabc @bacheloretteabc @bacheloretteabc @realitysteve @thebacheloramerica @bachelor_nation @officialbachelornation @tecovas recognize these boots!!? ?@fameandpartners still love my dress!

Get your “Dr. Reality Steve” emails in for tomorrow. Only have one right now, so I’d like at least a couple more, no? Dammit, I don’t ask for much.

The Bachelor Arie – Episode 1 Recap, Date of the Fan Appreciation Party, Details on Some of the Girls, & Whose Ex Shows Up?
The “Bachelor” Arie – Episode 2 Recap, Andi’s New Book, When’s the Finale, & More
To Top