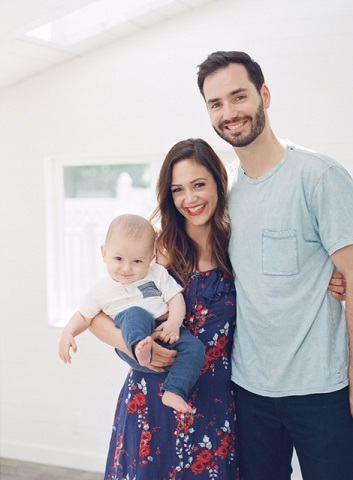 Part 2 of my interview with Desiree Siegfried is now up for your enjoyment. Last week we spent most of the time covering her appearance on Sean’s season and then her season right up until all hell broke loose with Brooks leaving, and that’s exactly where we pick up. She definitely has a lot to say in regards to how her season compares to Rachel’s, her brother’s post-show comments, if she feels shunned by the franchise, what she thought of the wrong spoiler I had all season, and then the $1 million question of why she and Chris are the only married couple from the “Bachelor” or “Bachelorette” franchise who didn’t get a paid televised wedding. That and much more coming on today’s podcast that I hope you’ll rate, subscribe, and review on Apple Podcasts. I appreciate Des’ honesty in all this as even I was actually surprised by some of the answers she gave. So check it out and as always, if you want to respond to the interview, please include Des’ Twitter handle (@DesHartsock) in your replies so she sees them as well. Still don’t know if Kenny King will be next week’s guest or we’ll have to bump him for another week. I will let you know next Tuesday or Wednesday. But enjoy Des today and let me know what you think…

(SPOILERS) Part 2 of Desiree’s interview starts off with her explaining how it was possible to be distraught after Brooks left then propose to Chris days later, also discusses the safe house visits she had with Chris while the season was airing (7:33), how her and Rachel faced the same criticism from the media (9:43), her brother’s comments post-show (12:31), how she felt about me having the wrong spoiler her whole season (17:00), was she upset at how the show was edited & how it focused more on Brooks and less on her relationship with Chris (24:03), we get to the $1 million question everyone has always wanted to know: why didn’t ABC televise their wedding? (30:35), her relationship with Chris post-show (35:17), their 10 month old son Asher (40:20), what she’s doing for work now (43:07), and finally end with the Rapid 10 (46:16).

Some information was brought to my attention last week before I left for Vegas, but I didn’t think much of it until the Robby/Amanda thing played out the way it did after Monday night’s finale, the pictures of Robby with a girl named Lindsey Duke were released, and things became a bit clearer. You don’t need to know how that all came about because I’m sure you’re just interested in hearing what news I have. And I’ll tell you: Ben Higgins is currently seeing/dating/hooking up (however you want to call it) with: Lindsey Duke. He was seen Labor Day night at Sloan’s Lake Tap and Burger bartending for an event that helped Hurricane Harvey victims. It’s on his IG if you need confirmation. Well, witnesses there told me he left with Lindsey Duke that night. I’ve seen pictures of them together there. Unfortunately for reasons I can’t get into right now, I can’t share them. The bar was a bit dark, it’s kinda hard to make out, but trust me, it’s them. In addition, Ben was recently spotted at breakfast with Lindsey Duke. So it may not mean anything to you and I’m guessing fans of Ben will refuse to believe he’s with this girl but, well, he is. Don’t know what else to tell ya’. Will it last? Will they get married? Is this his one true love now that Lauren is out of the picture and has moved on? Probably not. I’m just reporting what is currently happening, and that’s that they are definitely spending time with each other.

As for Lindsey Duke, lets lay out her resume shall we? If you go back 3 years on her IG (linds_duke) you can see she attended UCF and was Blake Bortles’ ex-girlfriend. Blake, now quarterback for the Jacksonville Jaguars, attended UCF and was actually good back in the day. She’s since moved to Denver where, as we know back on July 29th at the Zac Brown Band concert at Coors Field, she let Robby Hayes be all over her while he was still dating Amanda. Not to mention, Robby and Lindsey had a past together while they both lived in Florida. Robby knew Lindsey before anything happened in Colorado as reports are they’d hooked up in the past. I can FURTHER report now that two weeks previous to Robby and Lindsey’s fling at the concert together, none other than Jef Holm also hooked up with Lindsey as well in Colorado. Seems like a real catch. And now Ben is currently seeing her. Maybe Ben knows her recent past with Robby & Jef, maybe he doesn’t. I don’t know. But it’s out there now and they absolutely left Sloan’s Lake Tap & Burger last Monday night together. I’m sure other outlets are going to begin reporting this as early as today, so I just thought you should know. Lets see if they give credit where it was posted first. My guess? They won’t. But one can dream. As we know, Ben has a weekly podcast with Ashley I., so once other outlets start reporting this, I’m guessing he’ll be forced to address it. I’m curious to see if he denies it. If he does, he’s lying. Or maybe he’ll downplay it to say they’re just talking and he enjoys her company, and they’re actually just spending time talking and figuring out ways to improve the environment or whatever. Just know that something is going on between them, they’ve been seen together on multiple occasions now and, well, she seems to have a thing for Bachelor guys. That’s three in a row. Like I said – quite the catch. Bachelor Nation, discuss!