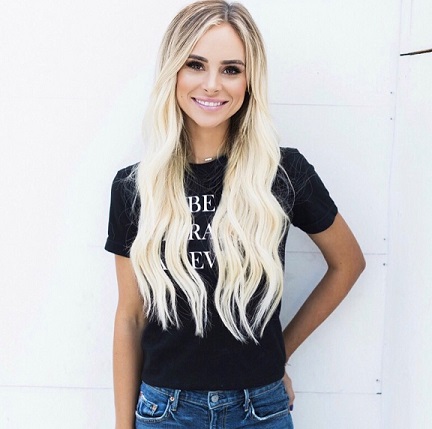 I think we’ve got a good next few weeks lined up of guests on the podcast. I don’t want to jinx anything going forward, but today we’re off to a good start as Amanda Stanton joins me. Obviously one of the more polarizing figures in this franchise due to who she’s dated (and been engaged to) and how much media coverage her relationships have gotten. We dive into all of that in today’s podcast. If you’re expecting a Josh bash session, you will be disappointed. We do spend a good 20 minutes discussing their relationship, but it’s safe to say Amanda is in a better place now than she was, say, 6 months ago when they were at each other’s throats in the media. Could she have given more details about their relationship in this podcast? Sure. But then the reaction is, “Why do you keep trashing Josh? Just let it go.” So for that, I respect her answers. No need to re-ignite the flames of an old relationship that had a lot of bad blood in the media already. I think you will enjoy her candor though as she is very honest about things and the mistakes she felt were made. As always, if you want to respond to the interview, please include Amanda’s Twitter handle (@amandastantonnn) in your replies so she can see them. Really appreciated Amanda taking the time to do this and I hope you all enjoy.

In case you missed Fleiss tweets last night, here’s what he sent out:

Plus, sexy international Bachelors and Bachelorettes from the dozens of countries that also produce #TheBachelor… https://t.co/T31OejWNQa

They haven’t given many details exactly what this show will be about other than some generic stuff and that it will film in Vermont. I’m hearing it’s going to film around the beginning of December, and will air in early 2018 when the Winter Olympics are airing. The biggest thing to take from this is that it’s not just going to be a bunch of “Bachelor” contestants all competing against each other. As has been stated, it’s going to be contestants from all other countries who were on their respective seasons of the “Bachelor” competing against a US team made up of people from the franchise that we know. I honestly don’t see the appeal of this show. Does it HAVE to be done? Of course not. They’re essentially just capitalizing on the franchise’s name hoping the name itself generates interest. But they’ve never had any of their programming overlap each other before, and “Winter Games” will be airing while the “Bachelor” is airing. We don’t know what night of the week it’ll be on, but just the fact it’s airing during the same time period might be a little overkill.

With that said, announcing Peter as a contestant this early, even though no one knows what the hell this show exactly will be, is certainly interesting. Is this them saying “Sorry we didn’t case him for Bachelor, but here you go!” to appease the fans that are still bothered they chose someone else for the role? Or is it just them trying to get people excited for their new show that a majority of their fans are still clueless about. Whatever the case, the Peter crazies will get their Peter fix come early 2018, even if it’s not in the role they want to see him in. So I guess that should hold them over for the time being. Personally I feel “Winter Games” will be a giant flop and has no business being made, but that’s just me. I honestly don’t think anyone in the US really cares about contestants from the “Bachelor” in other countries since I’m guessing less than 1% have even bothered watching. Really? Like people out here have invested time into “Bachelor: Australia” or whatever? Please. “Winter Games” made a least a little more sense if it was just U.S. contestants that we all know competing against each other. It’s why people watch Paradise. I’m not sure this concept is strong enough to hold people’s interest though. I guess we’ll see.