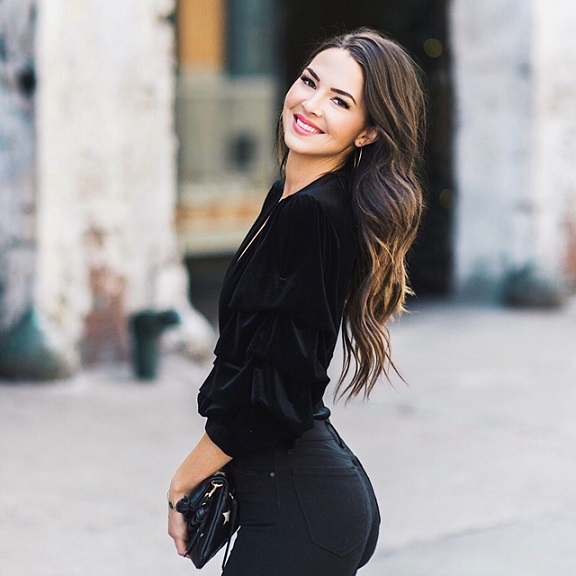 Well, we have a first in the 10 month history of the Reality Steve Podcast today. Podcast #47 is with the lovely Jen Saviano, but we are joined later on in the podcast with her new roommate, Lauren Barr, also known as “LB” from Ben’s season, as I wanted to talk to her about someone she was recently involved with, musician Chris Lane. I’ve referenced him in the past here and there being obsessed with “Bachelor” girls and, well, Lauren was one of them. But it goes a lot further than that and tea is spilled. I talk to Jen for about the first 45 min or so about being on Ben’s season and then she gets real candid and sets the record straight on her relationship was with Nick before, during, and after “Paradise” last summer. There’s been a misconception out there and I wanted her to finally give clarity to it since a lot of people have asked me over the last year. LB comes on for the next 10 minutes or so and we collectively share Chris Lane stories and his obsession with some of the girls in this franchise, then both Jen and LB answer my Rapid 10 questions, which is a lot of fun. As always, if you want to respond to the interview, please include Jen’s Twitter handle (@jennifersaviano) in your responses so she can see them. I enjoy pretty much all my podcast guests but this was one of the more fun ones I’ve done, especially when both play Rapid 10 as we learn a few interesting things, so thanks to both Jen and LB for playing along. I hope you enjoy. And if you’re Chris Lane, today’s probably not a good day for you. Oh well.

(SPOILERS) Jen joins me to talk about if she wanted Ben to be the “Bachelor” her season, her limo entrance and how she thought she’d fare after the first night (2:55), her impressions of Olivia (8:59), Lauren B. being the front runner in Vegas (12:35), the “Teen Mom” comment in Mexico City (17:16), her relationship with Nick before Paradise (25:42), what she thought of their relationship once she got to the island (29:29), her post-show relationship with Nick and why she felt the way she did after he was named the “Bachelor” (32:15), her thoughts on Nick and Vanessa’s relationship (41:35), I ask her new roommate in Nashville Lauren Barr (“LB” from their season) to talk about her short time on the show (46:40), and then she spills some tea about Chris Lane, one of the music performers during Nick’s season who LB, and now many others, have dated (51:35), and finally both Jen and Lauren answer Rapid 10 questions (1:04:54), where Jen tells a funny story that was never shown on Ben’s season.

Gonna have a mini “Bachelor” update tomorrow including another confirmed girl for the upcoming “Bachelor” season and where they are headed for the next two episodes. The episode 5 rose ceremony in Fort Lauderdale was last night and now they’re headed overseas. I’m guessing filming will begin Saturday or Sunday, but I’d be shocked if any pictures got out. Would have to be blind luck that maybe an American tourist happens to see them. It’s possible. Has happened before. But considering how few pictures have gotten out this season in 5 episodes that have been in the states, I wouldn’t count on much getting out in episodes 6 & 7. Only a couple weeks away before hometowns begin. Gettin’ down to the nitty gritty.