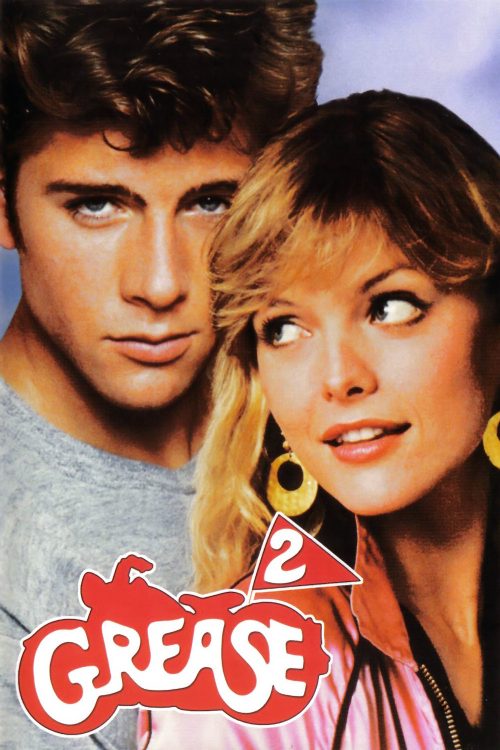 What do you think the highlight of my day was yesterday? Posting the column, getting great feedback, looking at my traffic numbers and smiling ear to ear? No. Sticking to my plan of trying to walk 2 miles every day? No. Somehow going to Chick-Fil-A and NOT ordering those waffle fries? No. The highlight of my day yesterday was an emailer quizzing me on “Grease 2” and me getting both questions right. And they were two good questions. Obscure enough to where it wasn’t totally obvious, but definitely showed my vast superior knowledge on that movie. The best part was I happened to be sitting at my computer when the email came in, I started reading it, and I must’ve responded to the email within :30 seconds of seeing it, so they knew I couldn’t have gone searching for the answer. Plus, I’d never lie about something as important as “Grease 2” trivia. Please. I hold my knowledge of that movie very sacred. The questions were, “When Dimucci approaches Michael to start writing ‘papers for paper’ he mentioned the subject of his paper. What was it?” and “Just in case you get that one right also during the montage where Michael is doing the T-Bird’s papers what does Nogerelli specifically compliment about Michael’s work?” The answers are “The Fall of Rome” and “penmanship.” Go ahead. I dare you. Although if I’m not sitting at my computer and read it immediately, you can always think I cheated. Hey, maybe someone can quiz me at the Fan Appreciation Party in Vegas on June 8th. That’d be fun.

Listen to Ben and Ashley’s podcast. The first 10min or so. So annoying that they obviously know the new spoiler but they “don’t know which girls it involves” but they “are excited to watch the rest of the season knowing the switch.” They know who it involves. Also really sucks they don’t give you any credit because their information obviously came from you.

Also Amy Sugarman. I can’t with her.

Here’s what I’m going to say about that. I posted the spoiler on Tuesday, Jan. 23rd. Their next podcast, released Monday night Jan. 29th, they reported on the spoiler and didn’t reference me at all. Doesn’t take a genius to see what’s going on here. It’s now twice I’ve been informed of something they’ve done that’s pretty shady. Look, it’s their show. They can do whatever they want. But two times in the last month where something was brought up on my site first, which they then talked about in their very next podcast posted, and couldn’t find any point to reference my site? I think that says a hell of a lot about them and what they’re doing. Their journalistic integrity pretty much sucks. It’s not that hard. Give credit. And even if they claim (which I’m sure is their defense), that they knew something but couldn’t post it, fine. Doesn’t change the fact the story was still out there 6 days before you referenced it, and you should acknowledge where it was first reported.

However with that said, from this point forward, I’m done referencing them and their podcast. Up to this point, I appreciate all of you who’ve come forward and reported stuff they’ve said (or not said) about me or my spoilers, and you’ve had every right to. I’m just asking from this point forward, don’t bother. I won’t address it anymore. I run my site and do my podcast how I choose to, and they do the same with theirs. I’ve made it known I have zero respect for how they are intentionally not referencing my site, almost to the point of going out of their way not to reference it when just a simple one sentence acknowledgement will do. So that’s that. Thank you for having my back and bringing their stuff to my attention, but no need to any more. If you take issue with it, I would bring it up to them from this point forward and let them know how you feel. It’s petty at this point. Twice is enough, and I’ll let it go from here.

Did you see Fleiss’ comments on “Winter Games” and his assessment of ratings dropping for Rachel’s season? An odd thing to call your own fan base out for, no? If I couldn’t read it any better, sounds like he’s calling his fan base racist. Probably not the smartest idea. But it’s an utterly stupid argument since his current white “Bachelor” is getting the lowest ratings of any previous “Bachelor” season. So no, Rachel’s ratings being down had nothing to do with her skin color. Can’t believe he went there. But then again, it’s Fleiss we’re talking about. It’s not like this guy is a beacon for all that is socially and morally acceptable.

Ok, now for a big batch of “Reader Emails” starting on Page 2. Enjoy…