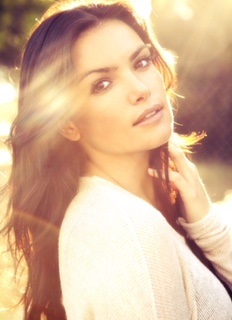 The person I was asked most about all season of when am I gonna have her on the podcast again it today’s guest, Courtney Robertson. Obviously Arie will never come on this podcast, but Courtney might have been the next best thing. Why? Well once you listen today, you’ll realize (like I did when interviewing her) how much Arie told her from the second he got back from filming. I mean, he told her EVERYTHING, and we discuss it all today. Not to mention we also find out a nice little nugget regarding a reconciliation with Ben Flajnik that she hadn’t spoken about publicly yet. All in all, I’d say this is one of the more meatier podcasts in a while. There’s a lot to take in and while Courtney is a friend of Arie and defends him, she certainly doesn’t let him off the hook for everything either. I think anybody who watched this season and all that went along with it will no doubt be excited to hear about some of the behind-the-scenes things Arie was saying and doing, essentially confiding in Courtney from the second he got home from filming. To say I was a bit surprised is an understatement. As always, if you want to reply to the interview please include Courtney’s Twitter handle (@bugrobertson) in your replies. I have no doubt you’re gonna enjoy this one.

(SPOILERS) Courtney joins me to talk about the conversation we had in September when she found out Arie was named the “Bachelor” and where they were in their relationship, Arie buying her a house (7:55), Sydney and Arie’s relationship (10:41), conversations she had with Arie after he returned from filming and what he told her (21:17), his thought process on the final rose ceremony day (25:32), his social media slip ups with Becca (30:14), what advice did she give him in regards to contacting Lauren (32:42), the proposal on the ATFR/break up with Becca on camera and why he did it (39:23), her thoughts on Arie & Lauren together publicly for the first time on the ATFR and their relationship (45:38), her reconciliation with Ben Flajnik (55:30), and where does her friendship with Arie go from here (1:00:44).