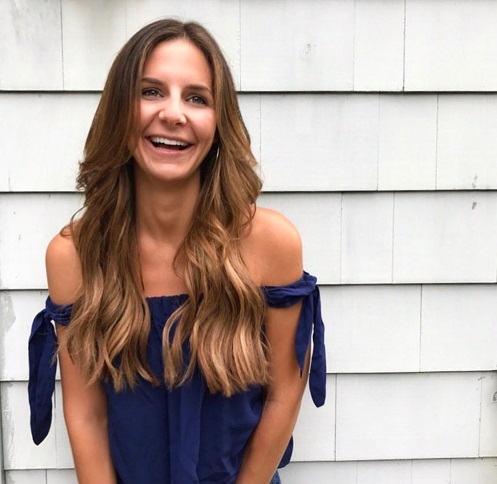 Another former “Bachelor” and “Bachelor in Paradise” contestant is this week’s Podcast #77 guest and it’s Izzy Goodkind. She only lasted one night on Ben Higgins’ season (something we dive into), but she made a name for herself on “Bachelor in Paradise” season 3 when she was involved in a little love triangle with Vinny Venteria and Brett Melnick. Although what was shown to us on screen wasn’t necessarily how everything went down and Izzy clears the air a bit for us on that whole situation, including a lot of what you didn’t see in her relationship with Vinny. Because if you remember, America was not too pleased with Izzy when she broke up with Vinny once Brett arrived in Mexico. She tells us what was going on behind the scenes, plus much much more. As always, if you want to respond to the interview, please include Izzy’s Twitter handle (@IzzyGoodkind) in your replies so she can see them as well. I think you’re gonna enjoy this week’s podcast as it was great to catch up with someone that I’d never spoken to before but have heard so many good things about from other girls on Ben’s season. Enjoy…

In case you missed yesterday’s tweet, today is the final rose ceremony for Becca’s season in the Maldives. They were in Thailand for the final 3, but then left Thailand after the final 3 rose ceremony and went to the Maldives for the final 2. The Maldives was the place I was told a month ago about, but once I heard Thailand was the overnight date location, and pretty much all the time the overnight country is the same country they use for the final rose ceremony with a couple exceptions over the years, I just figured that’s where it’d be. But I reported earlier in the week it’d be the Maldives for the final rose ceremony, and that’s where they are today for the finale. In fact by the time you’re reading this, since the Maldives is 10 hours ahead of Central Standard Time, Becca’s season is most likely over and she is engaged. Because who are we kidding? Of course she’s gonna get engaged at the end. I know you’re going to tweet and email at me starting today, so I’m going to say what I say every season: I could hear in the next hour who she picked, I could hear tomorrow, I could hear over the weekend. It’s varied from season to season. Garrett was the guy I was told was the front runner back on episode 4, we know he made the final 3, so I wouldn’t be the least bit surprised if it was him. I’m sure I’ll have your final confirmation for you next week, so stay tuned.