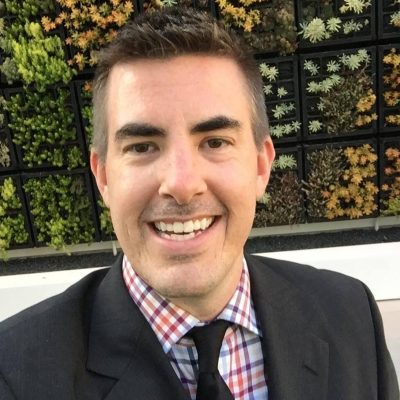 A very fun TV conversation today with the creator of RealityBlurred.com, Andy Dehnart. I’ve read Andy’s stuff for years, you’ve seen me link to his writings numerous times on Twitter, so I wanted to have him on to talk about media/TV in general. Andy also teaches media classes at Stetson University which is something we dive into right away since I wanted to know what media classes nowadays are like versus when Andy and I were both in college in the last 90’s. We also talk about the bane of our existence in running a website, and that’s advertising. For those that complain about internet ads, I hope you take the time to listen to the discussion we have on it. We then get into TV/ratings talk, mostly surrounding ABC reality shows, which I felt we could’ve talked about for another hour. One thing to point out that I explain in the beginning of the podcast, is there are intermittent audio glitches in the podcast. Andy’s level was low, but I didn’t realize it until it was done recording and we weren’t going to re-record the whole thing. So I had to go back and change his volume level on all his answers. I got most of them, but there are some short answers he had that you’ll be able to tell are much lower sounding. Just giving you a heads up. As always, if you’d like to respond to the interview, please use Andy’s Twitter handle (@realityblurred) in your replies. Loved talking TV with Andy and we’ll definitely have him on again in the future. I hope you enjoy it.

(SPOILERS) Andy joins me to talk about teaching media classes to college students, because media has changed so much has his message also changed (6:20), how the landscape of jobs in media after college has changed (7:59), how people consume news now and long form writing (12:27), his site RealityBlurred.com and how it came to be (15:20), how ads on websites are the bane of both our existences (20:09), are pay sites the new way to go (24:05), American Idol’s new look (33:04), DWTS going to a shorter season & ABC’s program shuffling (43:25), and we end with Survivor talk and the criticism we both receive when we are critical about shows we write on (54:36).

Today at 1pm EST, Chris Harrison will be doing a live Facebook reveal of Becca’s guys, which I’m assuming means the bios and head shots will be released today as well. I will retweet when ABC posts those so stay tuned for that. Also, that means the first episode will be released to the media soon, if not today, so I will have your recap/spoilers of episode 1 as soon as I get to watch it. If they release it today, I will have the recap up tomorrow. We

For those who might’ve missed it since I tweeted this past midnight EST last night, I want to explain this as best I can:

Just recorded NEXT week's podcast. My jaw is on the floor. Speechless. I honestly don't know what to say or how to respond. You will hear some major truth bombs next week. I will let you know who it is as we get closer bc I have a feeling this is going to be news.

All I can say is this is not hyperbole. I’m still somewhat reeling from what was told to me in this interview. So much so that I might’ve been premature in sending that tweet. I honestly don’t know if I can run the interview next week, it’s that serious. This has nothing to do with Becca’s season, but it is a “Bachelor/ette” interview. I think I should be good to run it, but by all means, I’m going to spend the next week making sure this interview with a former contestant can be posted. Since I made that tweet, I realized that it might not be as easy as I thought it was to just post it and have people react. It’s good, it’s revealing, and it’s disturbing all at the same time. I do not want to say who it is with until I can confirm that I’m good to go. So I apologize in advance if this is unable to get out and I teased with that tweet. Trust me, I want this interview out there. But I guess sometimes, it’s not that easy. I’ve never come across anything like this in the year and a half I’ve been doing podcasts. I hope you’ll be able to hear this next week. I will keep everyone updated. Stay tuned.

And I’m still waiting on confirmation to the ending of Becca’s season. It’s been a week since filming ended, I’ve heard rumblings, but just want to make sure I have correct info before releasing it. I will keep you updated.