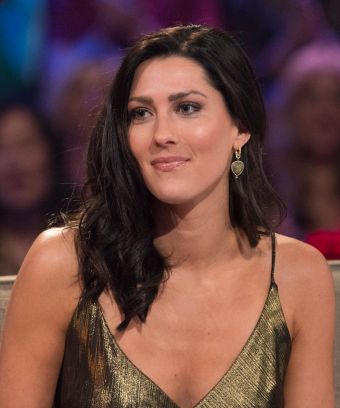 Ahhhhhh, I know what you’re all coming to the site today for. Unfortunately, I don’t have your answer yet. Filming ended last Thursday in the Maldives. When I get the confirmation that I need about the ending, you will have it. Obviously I’d like to have it right this time (as opposed to being wrong initially a couple times in the last few seasons). When I get the confirmation I need, you’ll know. I know that’s not the answer you’re looking for, but it just shows how “spoiled” you’ve become, which means I’m doing my job. Until then, want to update you on a few “Bachelorette” related things, the summer tour, the Vegas Fan Appreciation Party, and give you the rest of the contestants that I have since bios should be released this week. Or not. Last season with Rachel, her season began on May 22nd. The bios and head shots came out on May 17th. The season before that with JoJo, her season started May 23rd and the bios and head shots came out May 12th. So there’s really no set date for when the guys will be released. Could be this week, could be next. My guess is they’ll do it this week since ABC is currently doing their upfronts in NYC today. Regardless, you’ve seen pictures and heard me reference a few of these guys either in tweets or blog posts for the last month, so here’s another 7 guys I finally got around to posting. None of these guys are in the top 4 obviously, and only a couple lasted any significant amount of time, hence why I was so slow to get you these profiles. So now you have 25 of the 28 guys. Once the bios come out, we’ll be able to figure out the three that I don’t have yet. Whoever they are, they were all eliminated night one, which are always the toughest ones to get.

Lets first begin by talking about “Bachelor in Paradise.” I know a lot of you are asking who’s gonna be on it and what not. We’re still about 3 weeks away from filming, so nothing is ever finalized until filming begins. As we heard from Mikey Tenerelli on a previous podcast, you can get flown out to Mexico and still not end up making the cast. Once we get closer, I will pass along the names I’m hearing that are set to be on it. None of them should surprise you, since most are Arie’s girls and guys from Becca’s season. Expect a few international contestants to be on it as well. I know that Yuki will somehow be a part of the show, but expect others too. But as has been the case with the previous four BIP seasons, a majority of your cast will be from that years “Bachelor” and “Bachelorette” season, so expect probably 12-14 of Arie’s girls, and about 7-9 of Becca’s guys to do it.

We’re less than two weeks away from my summer tour beginning in Denver. I will be there May 24th-27th visiting and having a mini get together. The get together will be at the Rockies/Reds game on Sat. night the 26th. If you wanna go and hang out, our tickets are in the right field rooftop area. I think it’s standing room only up there, so we’ll just be hanging out watching the game and what not. Lace Morris and Leah Block will be there as well (along with their boyfriends) so I’m sure it’ll be a good time if you wanna join. Friday night, well, lets just say I may or may not be in the first row of my section and Sports Authority Field at Mile High to see Taylor Swift. I may. As for Thursday, there’s a good chance I’ll be at a local bar since I’m staying downtown, but nothing has been finalized yet. I’ll probably tweet out that day which bar I plan to be at. I’m letting Lace pick the place since I’ve never been to Denver and have no idea where to go.

Summer Tour stop #2 is booked as well. I’m going to be in San Francisco June 21st-24th. Again, I’ll be at a baseball game on Saturday if people want to join. It’s the Giants/Padres game on Sat. the 23rd at 1:05. We’ll be in the center field bleacher seats, Section 146. Looks like there’s plenty of tickets available online for that if you want to join as well. I’ve gotten a confirmation from Clare Crawley that she’s going, so it’ll be good to finally meet her as well. Anyone is welcome to join as I doubt we’ll be watching too much of the game. Just going to hang out in the bleacher area, but I’ve always wanted to go to AT&T Park, so that’s why San Francisco is stop #2. Haven’t decided on the other cities yet, but Chicago, Seattle, Atlanta, DC, and Minnesota are ont he list. Doubt I’ll make it to all of them, but trying to get to 2 or 3 of those places.

As for the Fan Appreciation Party in Las Vegas on Friday June 8th, I am at capacity and cannot add any more people. This will be the biggest turnout we’ve ever had in the four years I’ve been doing it. I overbooked it thinking people would cancel, and no one has as of yet, so we’re looking at close to 100 people for this year’s party. Might have a couple very special guests this year, but won’t know for another week or so. Either way, one of them is probably going to be on the podcast that week on June 7th. Trying to get them to make an appearance at the party, but their schedule is tight. Either way, I’ll let you know. The 4th Annual Trivia Contest will be live on Periscope that night if you want to follow along per usual. Looking forward to a great time.

Seven more of Becca’s guys are on Page 2…