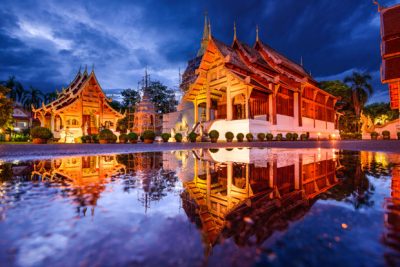 If any of you listened to the most recent episode of the “He Said, She Said” podcast (posted last Thursday) with myself and Sharleen Joynt, you heard me mention that I’m going to do a little traveling this summer. Not out of the country (yet), but this summer I plan on going to three or four cities for a weekend, just because I haven’t been there, or it’s been a long time. One is already booked. I’m going to be in Denver for Memorial Day weekend. There aren’t going to be any “official” parties or anything like the Fan Appreciation Party coming up in Vegas on June 8th (which is completely sold out), however, I will usually be doing something publicly that people can attend. I haven’t decided on the other cities yet, but my plan is to visit places that have MLB teams. I kinda want to see a game in every city that I end up going to. For the Denver trip, I will be at the Rockies game on Sat. the 26th in the rooftop area in right field. I believe it’s standing room only, anyone’s invited if you want to go and hang out, so by all means, feel free to buy a ticket. As of now, I know that Lace Morris and Leah Block will be there that night, and possibly some other Bachelor alums. Should be a good time. I just felt it was time to get out and explore. On the list for potential stops this summer are: Chicago, DC, Seattle, Tampa, Minnesota, and San Francisco. I’m guessing it’ll be at least 3 of those, but I haven’t decided which ones yet. It’ll all depend on flights, hotels, games, etc. I will keep you updated as we get closer. And oh yeah, Taylor Swift is performing at Sports Authority Field in Denver on Friday night, May 25th. Don’t think I’m not all over that.

As reported exclusively Sunday on my Twitter, we are down to the final 3 guys: Blake, Jason, and Garrett, and they are filming overnight dates and the final rose ceremony in Thailand. They were in Chiang Mai on Sunday, but they could be exploring all over for the dates and final location for all I know. I did hear one of the hotels being used, but that’s not a major deal publicly. I’m keeping an eye on things though just in case. Jason’s date was Sunday, Garrett’s was yesterday, and Blake’s is tomorrow. Rose ceremony will be on Friday, which makes the final rose ceremony Wednesday or Thursday of next week. Remember a month ago I told you I’d heard of a location they were going to this season, a place they’d never been to before, but hadn’t gotten confirmation yet so I never posted it. Good thing I didn’t, since that location wasn’t Thailand. They’ve been to Thailand a few times. Went there during Ashley’s season, Sean’s overnight’s and final rose ceremony was in Thailand, as was JoJo’s. It’s why I always need to get second sourced on locations because there’s usually one a season I hear about which ends up not happening.

Colton was eliminated at final 4 last Wednesday in LA and you can check him right into Paradise. He’s going. As will Tia, so expect whatever those two love birds have in store to play out this summer in Mexico. It’s a built-in storyline from pre-Becca’s season (and even continued into Becca’s season) and anything is possible with those two. Still a lot of questions unanswered, but, they will absolutely go on a date in Mexico. What happens from there is anyone’s guess. Kind of impossible to figure out exactly what some of these people’s motivations are. But the fact remains Colton and Tia absolutely were talking and spent a weekend together in LA just weeks before Colton went on Becca’s season. Now that Becca doesn’t “want” him, does Tia go running back to him? We’ll find out this summer, but you can bet your ass they’ll at least go on a date there.

Since we’re down to the final 3 and whoever gets eliminated at #3 is sequestered in Thailand until filming is complete, probably not gonna be much “Bachelorette” info for the next week or so. Unless they randomly are seen out in Thailand, I don’t expect much to get out from this point forward. Usually production is pretty tight when they’re down to the last 3, and after a season of so many public dates, there was no doubt they were gonna keep the final location and dates as private as they could. Honestly, I can’t remember the last season where major pics and/or videos got out from final 3 on. It just doesn’t happen very often, if at all. You will have your final four breakdown as soon as I get it. Well, you already know who got eliminated at #4, so I guess you’re just waiting for final 3 at this point. But I’m guessing you’ll get it shortly after the final rose ceremony as I’ve had great sources all season long. I don’t expect that to change as we get closer to the end.

Podcast #76 tomorrow is going to give you your biggest “Survivor” fix yet. I’ve only had one “Survivor” contestant on up to this point, but that all changes tomorrow, as Stephen Fishbach joins me for the podcast. It’s two hours of geeking out over everything “Survivor.” If you’re a die hard fan, you’ll love this podcast. Stephen is about as well entrenched into that franchise as one can be. He’s been writing a weekly recap blog for People.com for years and years, he’s played the show twice, and he’s got a weekly podcast that goes up every Wednesday right when the show ends. He knows his “Survivor” and I even put him to the test on it to see how well he does. The dude is an encyclopedia on the history of this show, and even though I may have stumped him on one of my trivia questions, just listening to his thought process on figuring out the answer shows how much he knows. If you’re a “Survivor” fan, you will no doubt want to listen to tomorrow’s podcast, it’s a great one.

You know me, I don’t like to jinx possible future guests on the podcast, but there are some potential heavy hitters within the “Bachelor” franchise coming up within the next month, assuming we can arrange it. Both have told me they’d do it, we just need to work out a time. One is a big time name from the past, and one is more recent. As far as I know, I don’t think either of them have done a podcast anytime recently, so I really hope our schedules work out and we can get them on. Both have said they would, but again, I’ve been told that before and people cancelled. So I don’t want to reveal who just yet. But I do think you’ll absolutely want to hear from these people. Hell, I want to hear from them because there’s so much to ask and so much I want to know. Keep your fingers crossed, but it’s looking good so far.