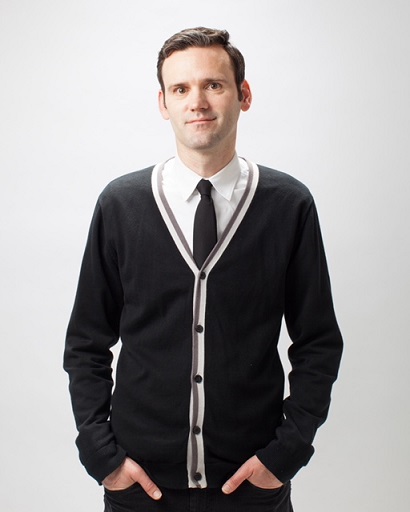 Another fun podcast with a “Survivor” junkie as we’re joined by your #1 source (I think) for all “Survivor” news and goodies, and that’s “Entertainment Weekly’s” Dalton Ross. Honestly, one of the most enjoyable podcasts I’ve ever done and here’s why: you can tell by listening Dalton loves what he does. His passion for this show, and his coverage for a show that’s been on over 16 years and spanned 36 seasons is basically unprecedented on the internet. You just don’t see this type of coverage anywhere. Loved talking to Dalton about all aspects of the show, from his time covering it, his trips on location, to the career of Probst and his vital role in the franchise – all great stuff that if you’re a “Survivor” junkie, you’ll love this podcast. And seriously, if you’ve NEVER watched the show, I beg you to listen to this and tell me you didn’t learn a thing or ten just about TV in general or get a better understanding for the phenomenon that is this show. Dalton is great at explaining all the nuances that come along with this franchise. Just like Stephen Fishbach a few weeks ago, here are two guys that LOVE talking about this show, and you can hear it in their voice. As always, if you’d like to respond to the interview, please include Dalton’s Twitter handle (@DaltonRoss) in your replies. Think you’re really going to like Dalton this week. I know I did. We’ll definitely be having him on again in the future.

(SPOILERS) Dalton joins me to talk about how his “Survivor” coverage for EW.com all started for him, what he thinks about “Survivor” spoilers in general (although none are discussed for future seasons) (8:58), fans now watching the edits very closely on this show (12:22), how much coverage he gives “Survivor” (16:13), his pre-show coverage of traveling to the locations and interviewing contestants pre-season (20:36), being able to test out the challenges (27:36), early impressions on contestants that he’s been right & wrong on (31:09), immunity idols talk & is it good or bad for the show (35:28), filming two seasons back-to-back every year (47:55), Probst talk – recent Emmy snubs, his role in the franchise, will he ever leave, etc (55:00), and we end with the Final 10 (1:06:15).

ABC responded yesterday to my report about Lincoln being convicted a couple weeks ago of indecent assault & battery. Can’t believe they blamed it on him lying to them. That’s pretty chicken sh**. Of course he lied to them. What’s he gonna say in the interview process? “Yeah, I have an assault charge against me but it’s no big deal. When can I meet Becca?” However with that said, I honestly don’t think ABC knowingly put someone arrested and charged with assault on their show all for the sake of drama and ratings. They don’t need to do that to get attention. They’ll get it plenty of other ways. Not to mention they’re opening themselves up to a giant lawsuit if they did. I just think their vetting process sucks recently. My opinion is they say they hire a third party contractor to do background checks and this didn’t come up, and maybe that’s true, but the point is it should’ve. You should’ve looked harder. If Ashley Spivey can find that info in an hour of searching, why can’t a third party contractor you hire find it if you’re really doing diligent work to vet all your contestants? It’s a weak excuse to say, “Well, when we looked and we didn’t find anything. This is news to us.” Of course they’re gonna say that. The reaction to that is “look harder.” Myself and/or Ashley shouldn’t be finding stuff this easy when it’s not our job.

If I never got the tip on Monday, I never would’ve bothered to look into Lincoln’s background. Or any contestants for that matter. All I do when I hear a contestant is on the show is a quick Google search to find their basics: age, city, job, college, pictures, and social media contacts. If something else comes up in a Google search on page 1 (maybe Page 2), I’ll add that as well. The only time I really go digging is if someone comes to me with something that’s worth digging into. Monday I got that, Ashley and I looked into it, and found what we did. We shouldn’t be doing their jobs for them. This all could’ve been avoided if their research team bothered to put in more of an effort. It almost seems like now that they’re more interested in social media past than criminal past. Probably should be concerned with both after this season.

One note from BIP yesterday, shocker to see Colton & Tia on a date together. Gee, that wasn’t coming from a mile away. Also, Raven & Adam were brought in on the date as well to join (I’m assuming because Raven and Tia are friends) and it was a game of musical chairs before the girls split off to talk.

(SPOILER): You’ll never guess in a million years who was on a date today in Paradise. Time’s up. It was Colton & Tia. And Raven & Adam were there w/ them. It was a game musical chairs and then the girls split off from the guys to talk. Told you this was coming. pic.twitter.com/i63QlAxR1W

They are bringing a few alumni down for cameo appearances on the season. Raven & Adam, Arie & Lauren went down there, Amanda Stanton went down as well, and as I mentioned on Tuesday, Ben Higgins is down there. None of these people are contestants, they’re just participating in dates and/or handing out date cards.