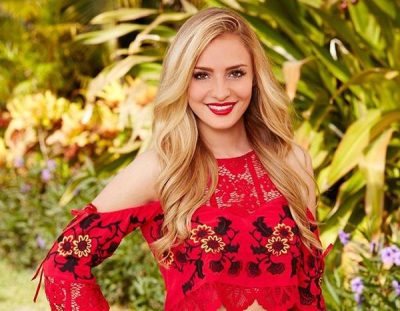 For the most part, I’d say 95% of the people who’ve come on my podcast I don’t have much contact with before they come on. Other than contacting them and asking to do it and then having a little bit of a back and forth, that’s it. Today’s guest is different. Ever since my trip to Denver over Memorial Day Weekend, Leah Block has been someone I would consider a friend, so I’m glad you get to hear her today. She was on Ben’s season and lasted til the final 9 and went on BIP 3. Her casting process, her encounter with Lace before the season, to describing all her group dates, and of course, she had quite the interesting exit on Ben’s season. Everything that went down was kinda weird at the time, there was heavy editing involved, but, she did what she did and takes ownership for it. I think the more interesting thing is WHY she did what she did, and it’s a story not too unfamiliar when talking about production and how influential they can be. As always, if you want to reply to the interview, please include Leah’s Twitter handle (@leahblock) in your replies. Good times all around, a lot of fun talking to her for you all to hear and I hope you enjoy it.

Not too late to be a part of the festivities this weekend in Chicago as I’m headed there today for the weekend. And by festivities, all I really mean is going to Murphy’s Bleachers on Saturday morning and then the Cubs game that afternoon vs the Reds. You can come to one of them or both. Doesn’t matter. Anyone’s invited and if you’re still interested, send me an email and let me know if you’re coming. Just trying to get an idea of how many people to look for. Hope to see some of you there.

The “Bachelorette” Becca – Episode 6 Recap, “He Said, She Said” Episode 1 with Ashley Spivey, & Chris Has an Apology
Podcast #86 – Interview with Jemmye Carroll of the “Challenge,” & “Dr. Reality Steve”
To Top