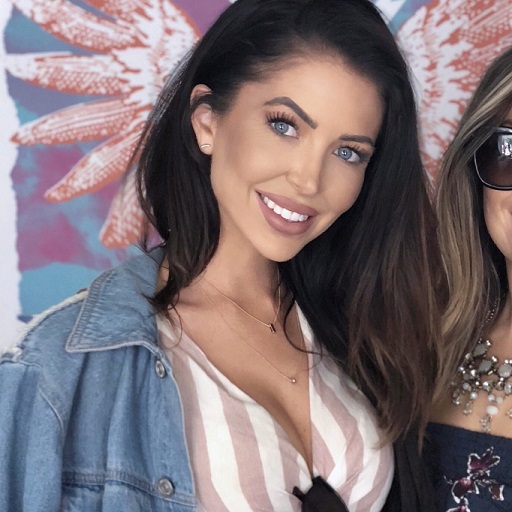 I sent you an email a few years ago and you gave great advice… I have a new one for you….Hope you can respond before the post because I’m not sure what will happen.

I will be with my boyfriend “John” 2 years in September… He moved in beginning of this year. We met online.

When I met him he was in the process of divorce papers filed, he gave me a copy of the papers to make me more comfortable. He did date other women between me and his ex wife “Tami”.

She cheated on him and wanted the divorce I may add. Left him homeless for a few days living in his car. (All before I met him). Divorce was final in 11/16 2 mos after we started dating. She called him all the names in the book.

Everything was picture perfect! He is the perfect boyfriend! We’re talking marriage, houses, kids, etc… I was over the moon when he moved in beginning of this year!

Well when “Tami” learned her gravy train (spousal support) was ending AND he was living with me she wants to sell the house that she got in the divorce. “John” had to go a few states away (where “Tami is thank God) a few days ago (despite me warning “take me with you, she just wants you back too”) to sign paperwork. Well “I was right” that’s “John’s” quote she did try something. After paperwork they went back to the house where he had a few things to get and his cats to visit. He told me they looked at old photos and she apologized for all her wrong doing. She told him she still loved him and he said it back! They both cried. He said he didn’t want to lie to me given my past thus the reason for all the info. The didn’t have sex just a hug and kiss on the check. (To me “I love you too” is emotionally cheating you agree?).

Well now he tells me all this. We are supposed to take a trip to see my family in 3 weeks (with his dad) and he doesn’t know if he wants to go (airline and hotel all paid for) I asked him if he had to choose who would it be he said he can’t. He said he loves me the problem is he still loves her. I asked him to call her on speaker and tell her off, he won’t. He’s getting angry at me for wanting to talk about all of it and whenever I ask him anything he cries (he’s not a pussy he has a very manly job he’s 39 as am I). I asked why would you want to be with someone who did that to you? Called you those names? He can’t answer. This all happened yesterday.

My question is, is this nostalgia with his ex? Does he really love her after all of that and if so can he love me at the same time? How do I keep this afloat? How is he allowed to be the angry one in this? He threatened this morning to get a hotel so he can sleep (he picked up double shifts – to avoid me?). I just can’t wrap my head around why he would want her. She didn’t do anything for him cook, clean, laundry, etc I do all that. He is always telling me how wonderful I am and better than her I am (until this).

His family and friends don’t like “Tami” because of what she did in the past.

I would love a man’s POV.

Comment: I’m going to be as blunt as possible with you on this one. He doesn’t love you. I’m sure he likes you a lot and what not, but you kinda answered your own question. Why would he want to be with someone who did all that to him? The fact that he does shows he’s not nearly as into your relationship as you think unfortunately. You have a trip planned and now he’s debating on whether to go? That’s someone who doesn’t want to be in a relationship with you and I really don’t know how it could be looked at any different.

I read in your column today that you were low on Dr. Reality Steve emails for this week, so I figured I would send one in – hopefully this one makes it into this week’s batch of emails. I don’t really have a particular situation or issue that I need advice on, but I am interested in your opinion when it comes to dating in your late twenties.

Just a little background on me: I recently turned 27 and am very single. My most recent relationship ended two years ago, and we dated for a year and a half. I have actually emailed you in the past about that breakup – it was a bad one, and we saw each other far too many times post-breakup. Since that breakup, I have casually dated a few guys but have not gotten into anything too serious. I moved to a bigger city about five months ago for a new job and thought that I would have better luck dating as I knew the pool of men would be larger in my new city. However. that has just not been the case. To be fair, I have immersed myself in my new job and have not really been prioritizing my personal life.

With that being said, I am often asked why I have not found anyone yet or how I am still single. I am fairly content being by myself and consider myself to be pretty independent, but I would also not mind meeting someone (especially since being 27 and single apparently makes me some kind of alien). So I guess my question is: if you were in your late twenties and single, how would you try to meet someone? I have very briefly tried dating apps in the past, but in all honesty…I just don’t really want to meet someone on a dating app. I know they been successful for a lot of people, but I just personally would rather meet someone “organically.” Dating apps just feel so forced to me. As previously mentioned, my breakup a few years ago sucked. I made all of my decisions based on that relationship and on what that person wanted and basically but everything that I wanted on the back burner. I have done quite a bit of soul searching over the last two years and am not going to settle for just anyone at this point.

Anyway…just curious on your thoughts on all of this. So sorry to be so long winded 🙂

Thanks for all of your hard work this season – it definitely does not go unnoticed!

Sincerely,
Single as a Pringle

I’ve gotten this general email quite a few times, and all I can say is “give it time.” You’re 27. You have so many good things ahead of you. You’re not too “old,” and don’t worry about any societal pressures. You don’t HAVE to be in a relationship at 27 or married w/ kids by a certain age. Sounds like you’re putting too much pressure on yourself. Relax. Enjoy this time alone. Go out, have fun, date different people, see what’s out there. But don’t feel like you’re in any sort of rush to settle down or get a boyfriend immediately. Meeting someone organically will just happen. I’m glad you’ve done some soul searching over the last couple years and it sounds like you’re in a great place. It’ll happen when it happens. There’s no sure fire way to meet someone. Some people randomly meet someone at a grocery store or a coffee shop. Some people meet online. Some meet at work. I think if you just keep going out and putting yourself out there, you’ll eventually meet someone. Just don’t worry about time constraints. You’re 27 and have so much time ahead of you. Good luck.
______________________________________

This is not a question, but more of an update. (And clearly too late for this week so feel free to save it for next week). I was the person who wrote in about four months who was in the happy relationship that was likely going to have to end because I was moving away for professional reasons. I had asked if I should just cut it off to save pain down the road or stay in it just to see what happened. You advised the latter, with the suggestion that I check in with him in a couple of months about how he was feeling about potentially moving with me. I followed your advice, and the last few months have been probably the happiest of my personal life for about a decade. But, as I strongly suspected/ assumed, his own profession made moving with me an impossibility. (Made extra tragic by the fact that the extra time made us both basically realize that we actually had “forever” potential–something I have not felt in longer than I can remember). The separation was utterly heart-breaking. But I still want to thank you for the advice. Because it would have been horrible to miss out on the last six months out of, essentially, cowardice. The year we spent together made me a happier person, and sticking with it was, I think, worth the pain of parting. Who knows what will happen down the road–forever is an awfully long time. But even if we literally never see each other again, it was a great love. Life is too short to throw away even short-term happiness. So even though there was ultimately a sad ending, I appreciate the good advice.