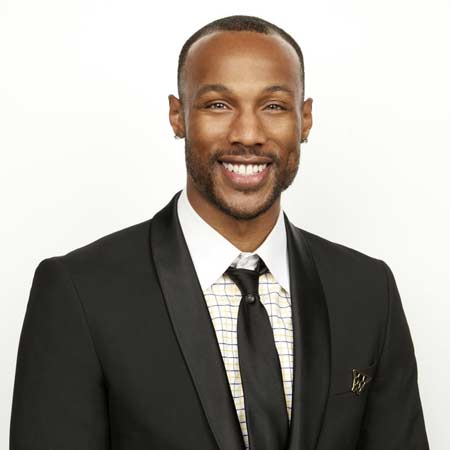 Another fun podcast this week as I have the first guy from Becca’s season joining me in Christon Staples. Or Chris Staples as the dunking world knows him as. The change of his name just in the course of Becca’s season is discussed right off the top. Christon only lasted 4 episodes on Becca’s season, was only on group dates, was not involved in any major drama, yet, I was able to spend 90 minutes with him talking about so much more than just the show. I do geek out a bit getting to finally spend some time talking sports with Christon considering his basketball background and playing for the Harlem Globetrotters. Some things I didn’t know of how he even got to audition for them and how it all works were definitely interesting. He also gives his thoughts on some of the guys this season and you can pretty much tell which team Christon was on this year. As always, if you want to reply to the interview, please include Christon’s Twitter handle (@iamchrisstaples) in your replies. A Twitter handle that I didn’t even know until we were doing the interview. I thought it was his old one and he just hadn’t posted in a year. Oops. Thanks again to Christon for his time. Hope you all enjoy…

I have this weird problem. So my boyfriend and I have been together for about 3 years now and we have lived together for almost 1 year. We met on twitter he slid into my DMs which turned into a friendship which led to more and well you know the rest. Things have been going really great for the most part until about a month ago when I found out he had this secret twitter account that he never told me about. He was talking to girls from his past (not really flirting but still talking) and he never mentioned the fact that he had a gf. He also posted pictures of him going to clubs and stuff on days he said he was working late.

He has been supportive and apologetic and claims he never wanted to get out of our relationship or hurt me but I just don’t get it. I’m having a tough time trusting anything he says right now. I’ve also found myself taking it out on him and getting mad at him for stupid things which is hurting our relationship even more. I’m really not sure what to do at this point because I just don’t get it. I have told him if he wants out I would be understanding and help him in any way I could but he claims to really want to work on us and says he will do what it takes to earn my trust again. I’m not sure if I should leave him or not. I really do love him but I am not sure if I could trust him again or be happy again. Some of my friends think I’m overreacting (and I could be) because he did not physically or even emotionally cheat but I still feel so betrayed for some reason. Any advice would be welcome. Thanks again Steve.

Comment: A simple case of actions speak louder than words. That’s great that he’s saying all those things and telling you he wants to stay and will do whatever he can to prove to you, but those are just that – words. His actions need to back that up and you’ll only find that out over time.

As for the shady behavior beforehand, yeah, I’d say you have reason to be concerned. Did he ever say why he created a secret Twitter account to chat with other women? And if it wasn’t flirting, why feel the need to be secretive about it? Do I think in every relationship that every person tells the other person about every single thing in their life? No. That’s impossible. But having a private Twitter account, while it’s not like that’s something he would offer up to you in conversation, the fact you know about it now raises a red flag. Did the account start within the three years you’ve known him, or is it something he had before he even knew you? The inquisitive part of me is curious how you even found this account. Doesn’t sound like something you randomly stumble on. Something must’ve led you in that direction, no?

I wouldn’t just immediately end three years over a secret Twitter account, especially if you didn’t find any secret relationships, or photos, or sexting going on. So that’s the good part. But it is something he’s gonna have to prove to you over time wasn’t a big deal. I don’t think you’re overreacting at all. But I do think you guys have some communication issues you need to work out because there might be something he’s hiding or not telling you. If he follows through with what he told you, he’ll do so by his actions. And if he doesn’t, then there’s probably more he’s not telling you and he wants out and this was his excuse. Good luck.
_________________________________

I’m 27 and my boyfriend is 30 and we’ve been together for 2.5 years now. During this time period we’ve had multiple fights but we always make up and things are ok. We’ve lived together for a year now.

During this time together he has mentioned to me an ex of his made him “feel special” but he doesn’t feel that with me anymore.

Furthermore, even though we’ve been together for two years, we’ve only had sex once. 8 months into the relationship. And that was after I had asked him if he was straight to which he said he was but he was used to a certain “physique” body shape (meaning a skinner girl). I’m not overweight- I just have a little bit of stomach fat.

Obviously I was shattered when he told me that so over this time I refused to show him my body due to lack of self confidence. He has told me that he was “just kidding” about it but I really don’t think he is since we’ve lived together for a year, been together for two years, and have only had sex once.

So my main question is this – I’ve snooped on his Facebook and found that he’s been regularly looking (like once or twice a week or every two weeks) at this other girl’s profile – but they’re not Facebook friends so he’s pretty much stalking her. After some more snooping I found out that she works with him (I saw her name on his Skype list on his work laptop when he wasn’t looking).

I don’t want to end the relationship but it’s just so hard since I feel like his eyes are wandering but I love him so much. I don’t want to confront him either because I don’t want him to be more careful and “cover his tracks” in the future.

I feel like he has some sort of crush on her since he keeps looking at her Facebook. Should I be concerned or do you think I’m overthinking this?

Lets lay out the facts of what you just told me. Your boyfriend of 2 ½ years that you live with has:

1) Told you that not only do you not make him feel special anymore, but that an ex of his does.
2) Has had sex with you once in 2 years.
3) Essentially told you you’re physically not his type.
4) Is Facebook stalking a girl that he works with.

In the immortal words of David S. Pumpkins, “Any questions?”

This guy doesn’t love you or care about you and you need to get out of this relationship quicker than you’re done reading this sentence. This is a flat out disaster that I can’t believe you even stayed in it this long. As much as it hurts, you need to cut this guy out of your life and find someone who’ll treat you like an actual girlfriend. Or human for that matter. This guy is trash.
_________________________________

Two years ago, my husband was accused of sexual harassment at work. He was given the option to resign or be fired. He chose to resign. I asked him repeatedly if he did anything that he was accused of or that could have been interpreted that way and he denied it. He thought the accuser was looking for a payout from a company with deep pockets. This week, I find myself in the same situation. He’s been accused of making someone “uncomfortable” and an investigation is taking place. I asked him he did anything and he’s denied it. I told him that I find it hard to believe that he’s been wrongfully accused twice and don’t know if I believe anything he says at this point. I also told him that I need to work through this and decide what I want to do because my kids and I deserve someone who is honest and trustworthy. I’m curious what your thoughts are on how to handle this. We’ve been together for 15 years. We have two children. Outside of this situation, I have never felt unhappy with our relationship and he’s never been physically or emotionally abusive. Is he just the world’s unluckiest person or the world’s best liar?

I already know that there will be a faction of people reading this who are bothered by the fact that you chose to be skeptical of your husband when he told you on both occasions that he didn’t do anything and you questioned it. I’m not one of those people. I tend to agree with you. Now, I know nothing about each situation and can only go off of what you said, but if this is now happened TWICE at his place of employment, while HE may not think he did anything wrong, sounds to me like he did. However, you have a ton invested in this man, 15 year marriage and two kids, so bolting at the drop of a hat would be too reactionary. I think you need to find out the details of this investigation. Did you ever find out what the first one accused him of? And can you find out more about this most recent charge? If the guy is just being creepy at work, do I think it’s something to end a 15 year marriage over? Probably not, but there definitely needs to be some therapy or counseling from this point forward. That’s just not normal. He’s obviously exhibiting behavior at work that you yourself have never personally experienced, so you can’t dismiss it.

Podcast #90 – Interview with Sean Lowe
“Bachelor in Paradise” – Episode 4 Recap, Adopting a New Dog, & Epsiode #4 of the “He Said, She Said” Podcast with Ashley Spivey
To Top