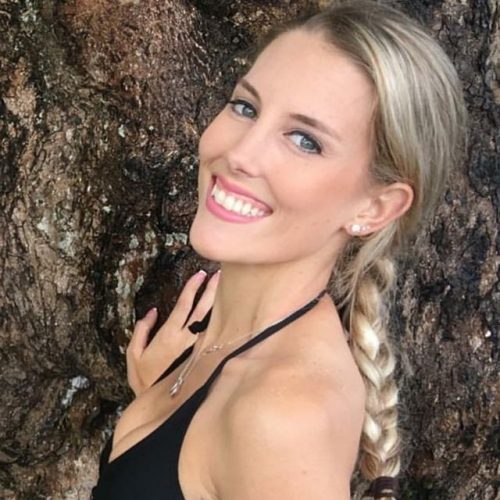 Gonna be a lot of “Temptation Island” talk over the next couple months here on the site, so get ready. This week our guest is one half of one of the four couples you saw debut on Tuesday night 10/9c on the USA Network. Her name is Kaci Campbell and she and her boyfriend Evan decided to embark on this journey to, as host Mark Walberg put it, “find the answers to the questions they were asking.” If you haven’t watched the show, go check it out. Kaci will be joining me every week to recap that week’s episode for 10-15 minutes. It’ll be added on to the end of every podcast, but since this is my first with her (and the fact that I stupidly and accidentally deleted the podcast which was supposed to run this week), I decided to make this one a stand alone so you can get a little background on Kaci & Evan and how everything came to be. As always, if you want to respond to the interview, please include Kaci’s Twitter handle (@Kaci_Breanne) in your replies. These two certainly have an interesting backstory having been through what they did in their 20’s. Take a listen, do a little Googling, and you’ll get a clearer picture of it.

(NO SPOILERS) Kaci joins me to talk about why she and Evan and decided to do this show, was she bothered by his statements Tuesday night that she just wanted a ring, Evan’s tragic backstory with his father’s murder, what was her initial impression of the couples when they arrived, which contestants caught her eye at first and who was she a little bit wary of, how hard was it to be separated from Evan, & much more.

Podcast #112 – Interview with Paulie Calafiore of the “Challenge”
The “Bachelor” Colton – Episode 3 Recap, the Caelynn/Hannah B. Nonsense Going Nowhere, and Ep. #14 of the “He Said, She Said” Podcast with Ashley Spivey
To Top