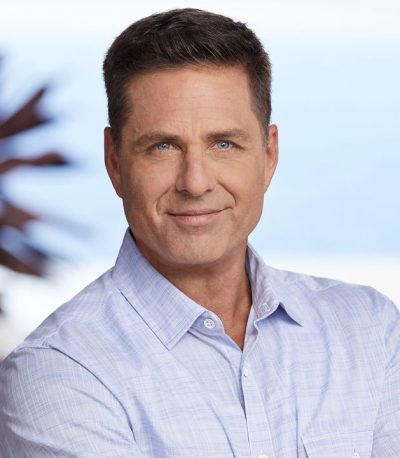 Probably one of the more anticipated podcasts in a while coming at you today, as I talk with the host of “Temptation Island,” Mark Walberg, and our final conversation of the season with Kaci Campbell where we can address a lot of things that we couldn’t during the season. I first wanna say that Mark’s insight to this show is excellent. His analysis of these couples is so spot-on and the advice he gives is really second to none. One of my favorite people to talk to. I’m guessing we will no doubt have him on again at some point during season 2. Maybe have him on in the beginning to preview everything then at the end again to give us a wrap up. After listening to him today, you’ll know why. I could listen to him dissect this show for hours. As for Kaci, we dive into everything. It’s all out on the table. It’s emotional at times for her, I think it’s cathartic at times, and at times I think there’s clarity. One major thing I want to point out is that in my conversation with her, she references text messages that she’s saved that Evan sent her. This isn’t just lip service. When the interview was over, she sent these to me. They are legit. I’ve seen them all. There’s a lot of them. They are not going to be posted by me, but in this day and age, when you throw claims at someone saying they said this or did this, you basically have to show proof now. I needed to see it to make sure Kaci wasn’t lying to me. She wasn’t. I don’t know what Evan’s response will be, although I’m guessing it won’t be positive. I don’t want this to drag on for very long. Kaci has her say today. Evan will be on next week. Hopefully some resolution can be reached and they can both get on with their lives. I understand how both parties are feeling now, but the mudslinging isn’t making it any better. However, having had Kaci on all season, I promised Evan he would get his say when this was over and I stand by that. So you’ll hear him next week. But for now, just take in what Kaci says, and form whatever opinion you like. Just know when she references things he said in text messages, those were forwarded to me by Kaci and have been confirmed.

Mark joins me to talk about his initial thoughts when hearing the show was getting rebooted after 15 years (8:08), his initial first impressions of all the couples (10:31), Nicole’s growth throughout the season (19:10), Kady’s treatment of John (25:21), his thoughts on the Evan/Kaci/Morgan situation (28:13), final bonfire for Karl & Nicole (35:43), final bonfire for John & Kady (39:45), and how difficult it was being there for Evan & Kaci’s final bonfire (41:29). Then Kaci joins me to talk about everything that we couldn’t talk about this season. From the problems in their relationship pre-show, how she felt watching her final bonfire back, what’s happened post-show, where’s she at in her life now, and much, much more (52:41).

Sorry I’ve been MIA since last Thursday. As you know I was in Vegas, but you’ll hear in the podcast, I got pretty sick when I was there and am still recovering. I basically only left my bed to record these podcasts since Monday. Was running a fever, my voice still isn’t 100% and I’ve just felt like death the last few days. I’ve got “Bachelorette” emails that I haven’t even gotten around to following up on, but per my tweet yesterday, you know that filming for episode #4 in Newport, RI begins today. At some point today I’m hearing they will be at Black Pearl restaurant. Today is a 1-on-1 date. Tomorrow is a group date at Fort Adams State Park. Then Saturday’s 1-on-1 date will end up at the Jane Pickens Theater, so I’m guessing it’ll be a public concert. I will tweet out any info I get this weekend. Just as I’m trying to get over this sickness, I’m back out of town tomorrow in CA for the weekend, so I will post whenever I can. But that’s why there’s been radio silence since last week. I basically haven’t left my bed much since Monday and have had zero motivation to do anything “Bachelorette” related. That will pick up once I get back in town, I’m fully recovered, and things are back to normal starting next week.