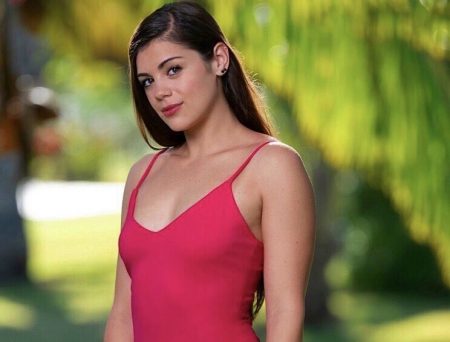 Tonight is the premiere of “Temptation Island” on USA. The first episode has been online for a week now (and it’s included below), but in a switch up from last season where Kaci Campbell joined us every week, this season I’m gonna have one person from the four couples join me every week, which will cover 8 weeks. I was supposed to have another guest this week for the podcast, but things fell through, so for this week, it’s just Ashley. I spend the first 15 minutes discussing what’s going on in Peter’s season for those who aren’t following along on Twitter and IG. Also, I talk a little bit about the Rachel/Raven feud that I’m still continuously asked about on a daily basis. Have I heard what the issue is? Yes. But it’s not my place to chime in. If they want to address it, they will. I do however question the way in which Rachel is bringing this story about. I just don’t get it. The whole thing just sucks all around for everyone. Continuously throwing it out there and saying you’re never gonna be friends with someone, but never give any details as to why, I think is sketchy, it’s attention grabbing, and I think she knows exactly how it’d be covered. Either tell people, or never bring it up. I don’t see the good in what she’s doing. This is Bachelor Nation. These are two pretty big names in the franchise. OF COURSE everyone is gonna want to know more when you dangle that carrot out there. One side has brought it up more than once. And one side has never even addressed it. So I guess it just depends on who you think is handling it better. Not the way I would go about it, but then again, that’s just me. Anyway, “Temptation Island” begins tonight on USA, and will air every Thursday night. Nell Kalter’s recaps will be up every Friday morning, so be sure to check for those. If you’d like to respond to Ashley’s interview, please include her Twitter handle (@ashowland) in your replies. Get ready for one crazy season. Can’t wait for you all to watch.

(SPOILERS) I begin by discussing the latest on Peter’s season, covering last week’s Ohio dates, drama that’s happening, and Peter’s “injury” which was overblown in initial reports. I then weigh in on the Rachel/Raven feud and the way it’s being handled (11:37). Then Ashley Howland from “Temptation Island” joins me to preview what to expect tonight in the premiere and on this upcoming season (17:43).

As you all can tell I’m a GREAT DANCER! Jk who wants to teach me how to dance bc all my moves are just me shaking my butt ?????? . . . #bootygainz #bootywurk #bootygains? #booty #awesomedancers #bootyshakes #assleytemptationisland