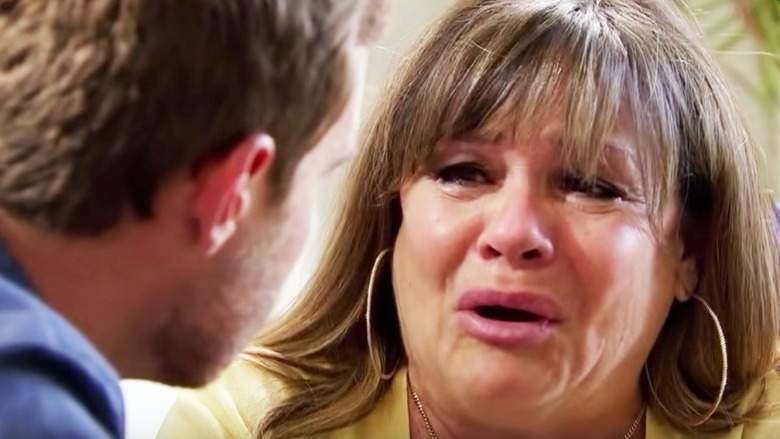 It took all of about 3 seconds after the preview aired of tonight’s episode for the emails/tweets/DM’s to start flowing in about Madi in the preview and Chris Harrison saying, “You haven’t heard the last from Madi.” Guys, how many times does editing have to screw with you before you realize this show toys with your emotions through the editing? Surely we don’t have to go over all the editing tricks they’ve pulled countless times over the years that had everyone thinking one way, but it ended up either A) never being shown when the actual episode aired or B) completely opposite of what you thought it was. Hell, this season they already did it with the Barb crying fit of “Don’t let her go…bring her home to us” speech. Before yesterday when I told you in the updated spoilers that Barb was talking about Hannah Ann in that clip, how many people assumed she was talking about Madi? Basically everyone. On the little spoilers I had given up to that point, and realizing last week when pics were released that Peter was in the same shirt on his date with Madi as when his mom is pleading to him, basically everyone and their mother was convinced Barb was speaking of Madi. And realistically, knowing she only met Hannah Ann for the first time in her life one day earlier, looking at that quote now, it’s kinda even more ridiculous. But that’s another story for another day.

Whatever the case, they got you again last night. You see in the preview for tonight Chris Harrison sitting down with Madison asking if she regrets what she did. She said yes. Then we see Madi riding in a car to what seemingly is the final rose ceremony. It wasn’t. That conversation with Madi happened post-Australia. As I said in the updated spoilers yesterday, Chris Harrison talking to Peter at that final rose ceremony has something to do with him telling Peter that Hannah Ann is thinking of leaving. Madi doesn’t come into play until after filming in Australia is over. Take this for instance. His last date with Madi happened and she leaves. The next day is his final date with Hannah Ann. The day after that is the final rose ceremony. So Chris Harrison is not talking to Madi that morning about any sort of regret or her returning. You could even just look at her eyebrows: 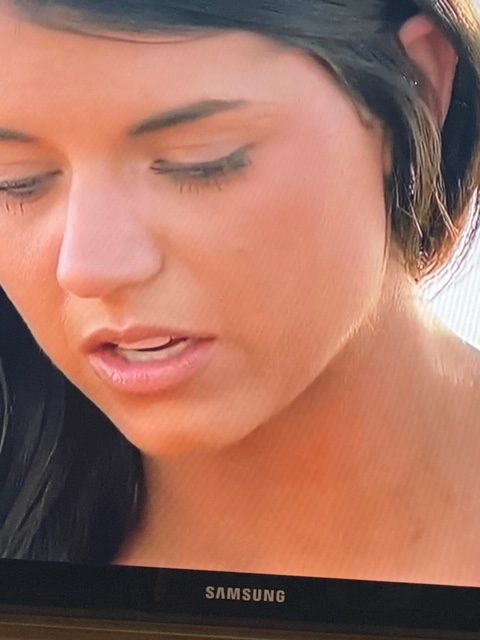 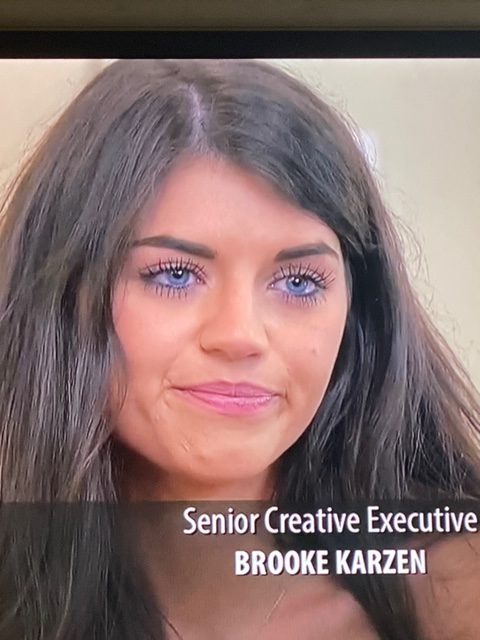 First pic was on her date with Peter when she left. Second is her talk with Chris. Clearly her eyebrows are much thicker when talking to Chris. Before you say, “Hey, you never know. Maybe she went to a salon in Uluru and got them touched up in two days…” Save it. The Madison/Chris conversation happened post filming, and Madison does not show up to the final rose ceremony. Don’t let the editing deceive you.

Yesterday about an hour before the show started, I tweeted this out:

I’m still trying to confirm it. I might be able to tell if it’s legit by tonight’s episode. Or it may air tonight since I don’t know where tonight’s episode ends. But even if it doesn’t end up happening, I’ll let you know what it was.

Needless to say after yesterday’s post, it was crazy. But not the crazy like what happened on Thursday where people were immediately telling me “Uhhhh, you sure about that?” I never got that yesterday. In fact, I just started hearing even more stories about this season and things that went down that are all sorts of messed up. But since I can’t prove any of them, it’d be too much gossip. And the second I even throw out a guess, even if I specify it’s a guess, it turns into “Reality Steve said this happens,” which isn’t true. Anyway, in regards to my tweet, I did hear something that definitely didn’t refute anything I said. It actually added a layer to everything which, if true, would be really interesting. However, I don’t know if it’s true. I haven’t gotten it confirmed. It never aired last night, so, we’ll know tonight. If it airs and what I was told was true, I’ll let you know. If it ends up not being true, I’ll still let you know as well what I was told. Don’t think I’ve forgotten what I tweeted a little while back either about something I heard, and if true, I’d just throw my hands up in the air. I said if that ends up not being true, I’d tell you what that was as well. So both of those I will tell you tomorrow, whether they end up being true or not. Right now, I don’t think either is.

Tomorrow I’m gonna have a lot of stuff to go over this season and reaction to how this all will play out. They keep saying “Peter doesn’t know” and honestly I don’t know what Peter can’t know. He doesn’t know what’s going on in his own life? Really? How is that even possible? So it could just be their choice of words, but I gotta believe Peter has at least a clue what’s happening in his dating life right now. But if you’re asking me definitively what’s gonna happen tonight, I really don’t know. What I gave you yesterday is what I know up to this point. He got engaged to Hannah Ann at the end of this thing, they break up in the clip we see of him saying “I’m so sorry,” and during their breakup he says he still has feelings for Madi. And judging from the clip with Chris Harrison, Madi we can see still has feelings for him. Where that leaves them now, I do not know. If I did, I’d tell you. But we’ll all find out tonight, because there’s nothing left after that.

Also tonight, we will see Clare as our “Bachelorette” live. And knowing that the last 3 “Bachelorettes” who were introduced on the ATFR got to meet 5 of her men, I’m guessing we’ll get the same with Clare. Right now, I have 13 of Clare’s men that I believe will be on the show. I had 18 yesterday, but 5 looked to have either some social media activity, or haven’t set their IG to private as of last night, so I’m holding off on them until I get more possible confirmation. So hopefully the 5 she meets tonight are ones that I already have. I gotta believe at least a few will be as the odds are in my favor considering I have close to half her cast. Anyone she meets that I already have, I will be immediately posting to Twitter and IG, and then I’ll have their bios in the column tomorrow. If it’s someone I don’t have, I’m sure within minutes somebody on social media will inform me who the guy is. Happens every season.

As for some of Clare’s guys, we saw last week where I told you a couple of guys who were 25/26, who were initially told they were cast for the upcoming season, then received word right around the time Clare was named that they were no longer needed because they went with an older “Bachelorette.” Well, per usual, production was lying to people since that’s their job. You’ll see when I start releasing some of Clare’s guys, there are some 25/26 year olds on the show this season, so clearly while those guys were told they weren’t needed anymore because of their age, that was a lie. If that were the case, they wouldn’t then go cast some guys that are the same age as the ones they told weren’t age appropriate. Hard to understand their logic, but, we know productions job is to lie to people and butter them up, even during a let down. So unfortunately, a few guys suffered that fate this season.