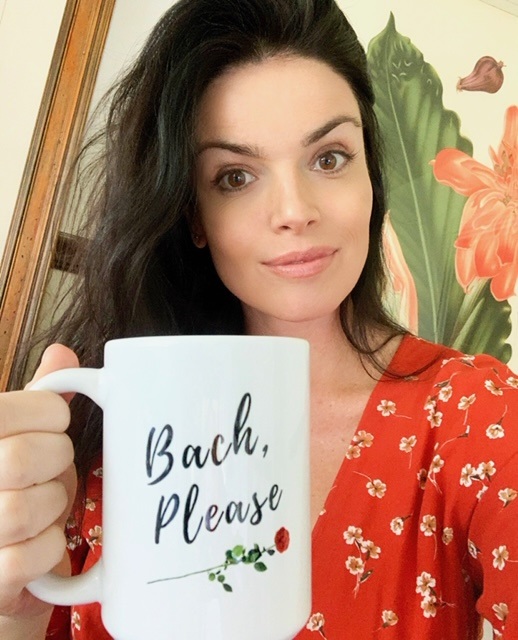 Back for a third podcast appearance, but the first time she’s been on since 2018, it’s Courtney Robertson, who’s always a great guest. A lot has happened in Courtney’s life since we last spoke as she’s two months away from delivering her first child, she’s engaged, and she just moved into a new house. A lot of stuff covered in today’s podcast with Courtney who’s always been a great interview as she’s come off completely different as she did on the show. Also to start off the podcast, I have exclusive information regarding “Bachelorette” filming and I give my thoughts on Peter’s 4 podcast appearances earlier this week. Some interesting news that I heard which, I guess could be pulled off, but there’s still a lot of questions to address. As always, if you want to respond to Courtney’s interview, please include her Twitter handle (@bugrobertson) in your replies. Thanks again to Courtney for coming on. Next week, be ready for quite an interesting podcast. It’ll be good, it’ll be real, and it most certainly will be unexpected.

(SPOILERS) I begin by talking about Ashley Spivey and I’s Sunday night IG live show, next week’s “unexpected” podcast, I give my thoughts on Peter’s 4 podcast appearances released on Tuesday and one answer I found really interesting (2:47), my EXCLUSIVE in regards to info on “Bachelorette” filming plans (9:34). Then Courtney joins me to talk about her pregnancy, her engagement, Peter’s season, IG influencing, so many Bachelor Nation writing books like she did, how difficult that process was, and much, much more (24:18).

Magic Spoon – MagicSpoon.com/STEVE use the code STEVE for free shipping

-They are looking to film in July/Aug for 5 weeks.
-The show would air in September.
-They are looking to film the entire season in ONE LOCATION.
-That means all dates, cocktails parties, rose ceremonies, etc would all happen in one location.
-The objective would be to find a resort (they have not secured anything yet, this is just what they’re trying to do) that would give them 100% EXCLUSIVITY to their cast and crew.
-Everyone on cast and crew would be tested prior to arrival, the show would be on complete lockdown for 5 weeks of filming with no one leaving the premises.

Those are the main points that the show is looking at right now. Brings up a lot of questions I know, and I go over these at the beginning of the podcast, but some of the questions I address:

-If they can’t secure 100% exclusivity to a resort, does that mean this season doesn’t happen? Or this just a contingency plan?

-5 weeks in the same location means no travel, no hometown dates, every date would be pretty boring, and there would be no public dates that get out since no one is at that location except them.

-Will it be hard to get spoilers if there’s no public dates and everything happens in the same location? Well, BIP is filmed at the same location every season and I’ve spoiled all 6 of those seasons, so, doesn’t seem like it’d be too much of a problem. But too early to tell.

-If they do this, what does this mean for “Bachelor,” which normally films from Sept. through mid November? Would it still go on as normal? Would it get pushed back? If they did push it back, they aren’t going to film over Thanksgiving and Xmas, so does that mean pushing back filming would go into 2021? If so, then what airs in Jan. of 2021 when normally the “Bachelor” would start airing?

-If they do shoot “Bachelor” as normal beginning in September, who would the “Bachelor” be? Clare’s season (with an air date of Sept), would only have aired maybe 1 or 2 episodes at that point, so could they really pull someone from her season the audience barely knows and would already know he doesn’t win Clare’s season?

-What does this mean for BIP?

So there’s a lot of questions still unanswered, but this is where the show is at right now with they want to do for filming. This is the first report out there detailing what they’re looking for, so I don’t know if the show will address this publicly or not. But I know this is what they’re looking to do and have sent feelers out to try and secure a resort for this season. I definitely see pros and cons to them doing this. It’s still in the early stages as we’re still 3 months away from this potentially even happening, but just wanted to give you a heads up on what I’ve been told is happening.