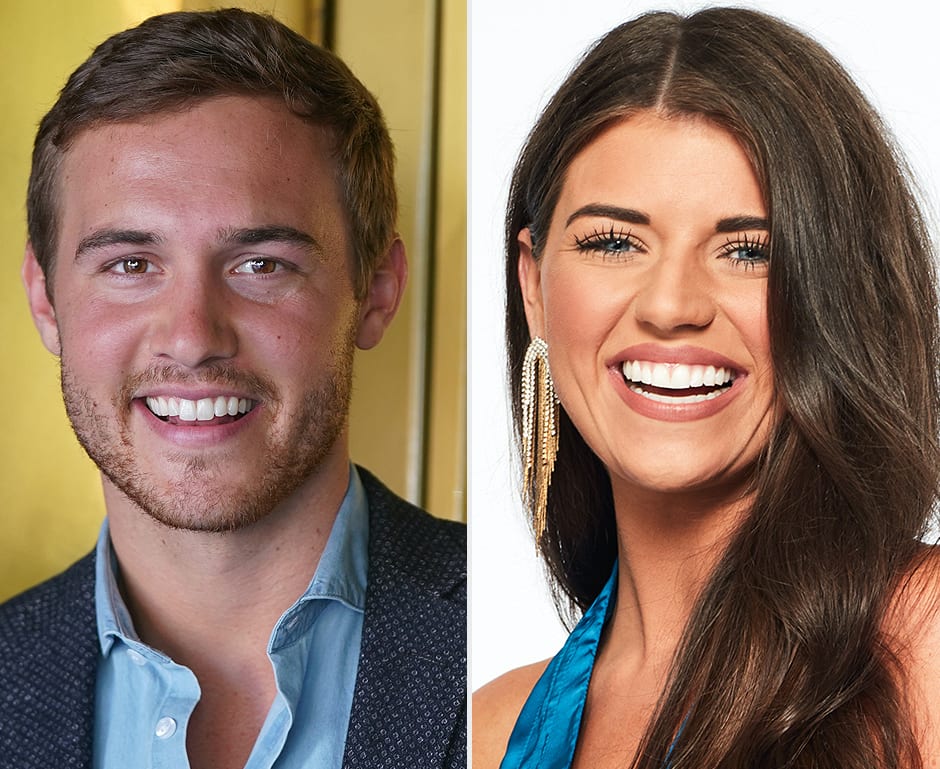 I’m really, really, really trying to give “Listen To Your Heart” the benefit of the doubt, but honestly, it’s damn near impossible. Like I mentioned before it even started, it was always going to be the same thing as the “Bachelor” except with a singing theme behind it. Here’s the problem though – it’s not like this show went out and found some of the best up-and-coming singers on the planet. This show was cast as a dating show first, and THEN if you could sing, that helped you get cast. Obviously singing is subjective, and who you might think is a good singer someone else might think sucks. My point is more that the experience these people have, or lack thereof, is what is hurting. Starting next week, each couple performs every show, and judges decide who to keep and who to send home. So just that right there makes the format all kinds of weird. Two episodes to couple up with someone and then that’s the person you have to tie yourself to til the end of this thing and make music with. Just seems all kind of rushed and like they just threw it together with really no plan whatsoever just so they could have another show on the air. Look, this show has many issues for sure. But trying to make it seem like they care about their music career, or that any of them will skyrocket after this, is asinine. Veteran reality singing shows have a hard time launching music careers, and they’ve been on the air 10-20 seasons. This isn’t close to those unfortunately.

And oh yeah, for the second week in a row, no one’s really watching. The first episode drew 2.9 million viewers and a .6 rating. This week was 2.8 million and a .6 rating. So I don’t really see how all the sudden the numbers are gonna explode on this one. Spoiler: They’re not. You can pretty much expect that to be your base audience for the next 4 weeks, and that’s not impressive at all. ABC is the lowest rated network among the big 4 on Monday nights post-Bachelor, and it’s really not close.

What if they did this show, but had people from the franchise singing? Well, you may be in luck. I was approached by a company recently to talk about something that begins this Sunday on Instagram. The “Masked Singer” is all the rave in the singing world now as people can’t get enough of that show. I for one, have always been critical of its corniness, which it is. But the act of trying to guess the clues and who the singer is, I gotta admit, quite addicting. Well, beginning this Sunday at 9am ET is the launch of “The Quarantine Singer,” and it will be seen on the Instagram account (myiclicktv). It’s exactly what you think it is, except only with reality TV contestants. They will be in disguises, there will be clues, there will be two people competing against each other, and then you the public vote on the winner. It will be every Sunday and Tuesday on the (myiclicktv) Instagram account, and you can read more about it here. And YES, people from Bachelor Nation will be a part of this. I do not know any spoilers for this and which people have signed on. What I can tell you though is that this Sunday’s premiere is two “Bachelorette” contestants competing, so I can tease that. Right now, they have over 20 contestants committed to this from these reality shows:

I mean, sheer curiosity alone is gonna have me checking this out come Sunday just to see if I can guess who the two “Bachelorette” guys are that are competing against each other. From what they told me, performances will be uploaded every Sunday and Tuesday morning on the (myiclicktv) IG account at 9am ET, fans will vote, and the loser will then have to be revealed. So check it out this Sunday as the premiere will be two guys from the “Bachelorette” world starting off the competition.

Bachelor Nation had some more news yesterday, as Madi gave her first detailed interview as she went on Kaitlyn’s podcast. The biggest thing she said that most of the sites are running with is the fact that she said Peter contacted her two days before he was seen with Kelley, saying he still loved Madi and wanted her back. Of course, it then didn’t take Peter very long to respond to what Madi said on an IG comment he made: 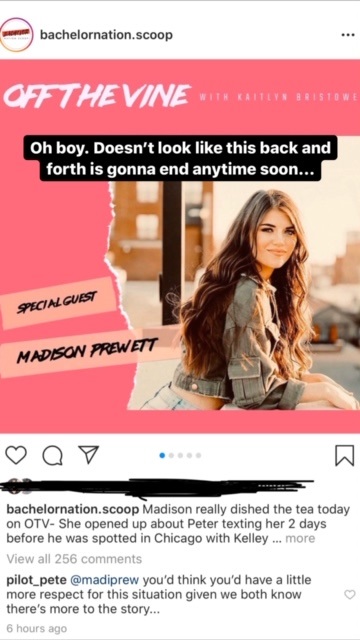 Sooooo yeah, I’m sure this isn’t dying off anytime soon. I really hope Peter doesn’t do a 4 podcast media tour again responding to what Madi said, because Madi will have to respond to THAT, and it’ll never end. From everything I’ve heard and gathered in talking to people, both of these two are at fault for what happened in that relationship. In terms of details, there’s really no reason to go there since it’s hard to prove it. Madi fans will stick by Madi and Peter fans will stick by him, so there really isn’t any reason to add fuel to the fire on this one. Each could’ve handled themselves a little better during all of this. The facts are Peter did 4 podcasts, all released on the same day talking about his experience. Madi did one. They’re both allowed to speak to their side. Just because you like Madi and hate Peter, or vice versa, doesn’t mean one of them is wrong and the other is completely right. It was poorly handled all around, and now we’ve resorted to sniping in IG comments. I guess we shouldn’t have expected anything less from this shit show of a season.

One main storyline from “Listen To Your Heart” this past Monday was the arrival of Natascha Bessez, coming in all guns blazing, and immediately calling out Trevor for his treatment of ex-girlfriend Sierra, who Natascha is friends with. Natascha spoke with reporters yesterday regarding why she felt the need to approach Trevor. I’ve said it since the second Trevor was announced on this season that I’ve had numerous women contact me in regards to being played by him over the years. Stuff that goes beyond just f***boy behavior. Whether or not these women will choose to come forward I don’t know yet. I have been in contact with Sierra as well, and she’s fighting the same dilemma. Is it worth it to trash my ex for how he treated me a year and a half later when he’s now on this show, only to get a bunch of hate online from people who think she’s just being jealous and vindictive? Not to mention, will anyone even care considering barely anyone is watching this show? It’s up to her.

I’ve seen some of the texts Trevor sent while he was still in a relationship with Sierra. Him trying to cover his ass on Monday to Natascha was a load of crap. But, just like the Victoria F. situation, maybe he just doesn’t think that anyone will ever actually throw his business out there publicly, so he can just hide behind his “oh, it was emotional cheating, it wasn’t physical, I should’ve ended it earlier” nonsense. Not what I heard. Or what I saw. So I get the position that these women, especially Sierra, are in. You out him, and you look like a vindictive, jealous, scorned ex. You don’t, and he continues to do this to other women. You know, like Jamie, who he already has broken up with and had no intention of ever being serious with in the first place, regardless of what he told her. The dude is living off an “American Idol” reputation that couldn’t be who he really is based on all the texts I’ve seen from numerous different women. So we’ll see what happens going forward. I just watch this show and kind of giggle at this edit they’re giving him, and unfortunately, this guy is gonna stick around in Bachelor Nation I’m sure. I fully expect to see him on a season of Paradise at some point. So Bachelor Nation, just beware.