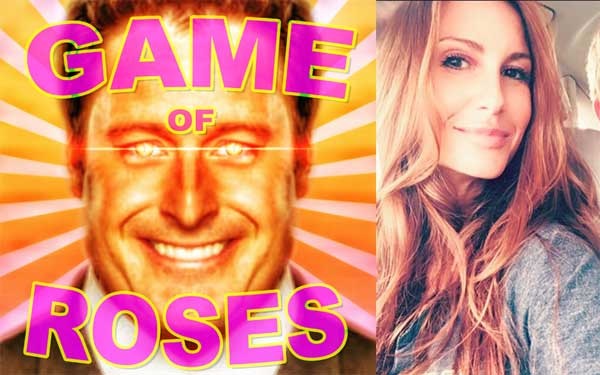 The final podcast of 2020. We’re finally here. To say it’s been an interesting year would be probably the understatement of the century. What I will say though is this. I don’t want to be a Debbie Downer, but I hope everyone realizes that when the clock strikes midnight tonight, it’s not like everything is going suddenly change. We’re still gonna be in the same predicament as a country as 12:01am tonight as we have been for the last 9 months. We’ve got a ways to go. HOWEVER, at least there’s a light at the end of the tunnel now. First half (maybe into quarter 3) is gonna be a lot of the same, but I think we will eventually get out of this and I hope people realize that. Things will get better, but that’s if a lot of us are pulling the same direction. That’s what we need. Just being realistic in all this. Anyway, great podcast to end the season. Two of my favorites to talk with from the “Game of Roses” podcast, Chad Kultgen and Lizzy Pace, join me first to talk about all things associated with the game known as the “Bachelor” and “Bachelorette.” Then Marie Bass, ex-wife of Evan Bass comes on to give her thoughts on the recent announcement of the Evan and Carly separation news. Evan is the father of the their 3 children together and, well, she has some things she needs to say. Enjoy…

(SPOILERS) I begin by talking briefly about the upcoming Bachelor schedule then “Game of Roses” podcast hosts Chad Kultgen and Lizzy Pace join me (4:35) to talk about their podcast this past Tuesday regarding Chad’s identity, the “is he leaving the show” rumors surrounding Chris Harrison, Lauren Zima’s career arc, ratings for this season, a recap of Clayshia’s season, a mini preview of Matt’s season, and much, much more. Then Marie Bass, ex-wife of Evan Bass joins me (1:56:43) to talk about the recent separation news of Evan & Carly and her thoughts on what she’s seen Evan has been dealing with.