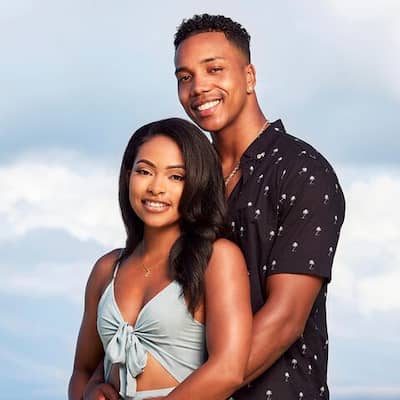 I can assure you “Temptation Island” is beginning to heat up as we’re almost at the halfway point. The most polarizing couple so far has been Kendal and Erica, simply because Kendal has been the only one to “cheat” thus far. We had Kendal on last week, and judging by some of your responses, a lot of you felt he was making excuses for his behavior. Well, what better person to have on this week than his other half, Erica Washington. We ended this week’s episode with her having to watch him have sex with someone else during her clip at the bonfire. How did she feel? Why wasn’t she more upset than she showed? Is she out for revenge now? Has this happened in their past before? I try and dig as much as I can without giving away any spoilers, although, I definitely have some thoughts on this couple at the end. Erica doesn’t have a Twitter, but if you’d like to follow her on IG, this is her handle (@eericahan). Thanks again to Erica for coming on, as it can’t be easy to talk about a subject like this when no one else on the show has stepped out on their significant other.

(SPOILERS) I begin by discussing yesterday’s “Bachelorette” spoiler and take a look at the Bachelor franchises busy upcoming filming schedule. Then Erica joins me (10:53) to discuss the events of Tuesday’s episode, in particular seeing her boyfriend hooking up with one of the singles, her journey on the show, where does she go from here, is she seeking revenge, and much more.