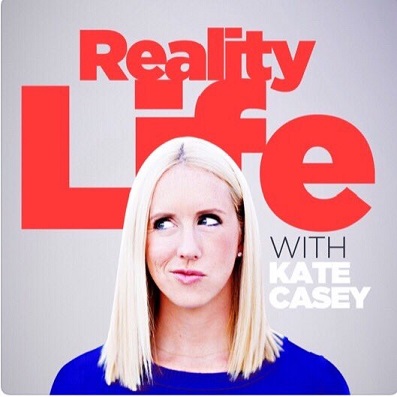 Fun times this week as Kate Casey from the “Reality Life” podcast joins me again to discuss all things reality TV in shows that I’m not watching, but I’m guessing a lot of you are. I don’t watch as much reality TV as some of you may think and that’s why I love checking in with Kate every 6 months or so. She can fill me in on the longer stories behind some of the headlines I read. I read the entertainment sites and basically the recaps of things that may happen with certain reality TV people or certain TV storylines, but that’s about it. All surface level stuff though so I know the bare bones minimum. But Kate comes on today and we discuss some of your favorite shows as she offers her expert opinion on them. Before that (and covered below), I give an update on some “Bachelorette” spoilers I recently heard about. As always, if you’d like to respond to the interview, please include Kate’s Twitter handle (@KateCasey) in your replies. Thanks again to Kate for coming on as she’s always welcome.

(SPOILERS) I begin by giving some spoilers on Rachel & Gabby’s “Bachelorette” season & still spots left for my Fan Appreciation Party in Las Vegas next month. Then Kate joins me (14:32) to talk about some of your favorite reality shows and what’s happening with them. Shows discussed: “Is This Cake?,” “The Kardashians,” “Selling Sunset,” “Real Housewives,” & some new documentaries coming out.

A few “Bachelorette” spoiler notes that are covered in the first 15 minutes of today’s podcast:

-As we know, Rachel and Gabby’s final four were released a couple weeks ago on my socials, and neither of them had any of the same guys. What I was told was that at rose ceremony #3 is where the men had to make the decision of who they were going to date going forward. Basically, right before travel started to Paris, Belgium, and Amsterdam at rose ceremony #3, Rachel and Gabby gave out roses to who they were interested in, and those guys would either choose to accept or not. I was told Rachel was rejected more than once. Now, I don’t know if that meant those guys automatically went in Gabby’s group (because what if Gabby wasn’t into them?) because I don’t have all the details on it, but I just heard Rachel passed out a few roses that were rejected. Because in the first two episodes, the guys got to know both women and were on dates with each and spoke with each. Wasn’t until that rose ceremony where they had to make their decision.

-I got confirmation that Tyler Norris and Johnny DePhillipo are home. And since we know that the final 3 person stays in the final location til all of filming is over, clearly Tyler (Rachel) and Johnny (Gabby) were eliminated at the final 4 rose ceremony.

-I still don’t know who was Gabby’s 4th hometown. Yes, I was sent the picture of Justin Budfuloski’s sister-in-law’s IG page that he was in on Mothers Day. So it certainly looks like he wasn’t her 4th hometown. It’s why I wasn’t sure when I posted him and told you I only had circumstantial evidence it could be him. Well now it looks like he wasn’t since he was in that pic last Sunday and Johnny was already eliminated as Gabby’s 4th. So I assume Gabby took 3 guys down to Mexico and we know Jason Alabaster and Erich Schwer are two of them. I have not been told Gabby only had 3 hometown dates. I believe she had 4, and one of them just never got out publicly. Still don’t know who that third guy is.

-Your “villain” this season is Hayden Markowitz. And I use that term loosely because as we know, this toxic fanbase has a real issue with villains where they basically try and make their lives miserable. But from what I’m hearing, Hayden got caught saying his ex was hotter than both Bachelorettes. And while that may be true in his mind, you let that known publicly and other guys in the house hear that, not only will they jump on you, so will the audience. So I don’t know in what setting he said that or how/why he shared that info, but he did, the other guys found out about it, and it’s not gonna go over well as you could assume. Also heard that when Hayden chose Rachel over Gabby, how he chose to inform Gabby he was into Rachel didn’t go quite smoothly either. So in this world, that makes him a guy that the others have an issue with, hence the “villain” status.

-As I reported in my 4/21 podcast with the Game of Roses hosts Chad and Lizzy, final rose ceremony is this Saturday down in Mexico, then we have basically 2 months before the show begins airing on July 11th. I’m sure info will come trickling in over the next two months just like today’s info did, so I will keep you updated on what I hear.