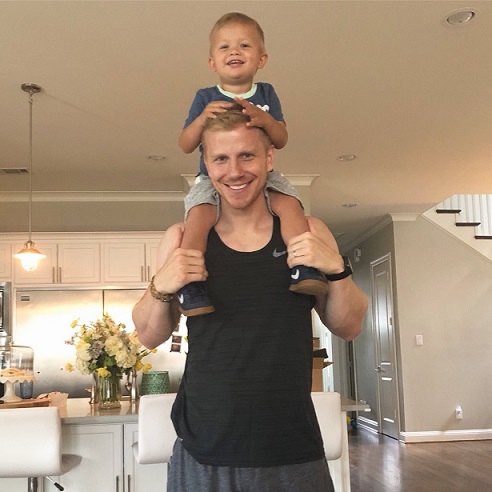 Been looking forward to forward to talking to Sean Lowe for a while now, and this almost 2 hour conversation definitely didn’t disappoint. A lot to cover (and certainly some stuff we never got to) in this podcast, that I basically broke down into 4 parts: the Vouch dating app that started this week, his time on Emily’s season of the “Bachelorette,” his season of the “Bachelor,” and his post-“Bachelor” TV life & fatherhood. Sean has been doing media for 5 years now, including having written a book, so if you’ve followed him extensively, you may have already heard some of these stories, but I really hadn’t, so it was good to get some clarification on things that have happened to him on his journey throughout this franchise. Especially liked the story he told about how my name came up by production during his filming of Emily’s season while they were in Curacao. As always, if you’d like to respond to the interview, please include Sean’s Twitter handle (@SeanLowe09) in your replies so he can see them. I think you’re gonna like this one. I appreciate Sean giving me this much time and being so candid about his time on the show and post-Bachelor life. Hope you enjoy it as well.