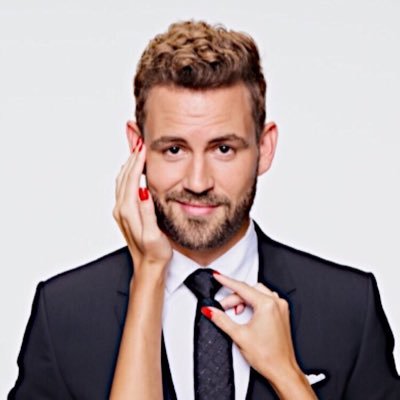 Heading into the home stretch of the season. Just to re-iterate once again in case you didn’t read last Tuesday’s column. Tonight is only a 1 hr episode. Next week is the second hour of the overnight dates, followed by a 2 hr “Women Tell All” that was taped this past Friday. I’ve gotten emails from some of you still confused on what’s going on. Normally, tonight would be a 2 hr overnight date episode, and next week would be the 2 hr “Women Tell All.” Just pretend like tonight is the regular overnight dates episode. But instead of it being two hours shown tonight, it’s first hour gets shown tonight, and the second hour gets shown next Monday. And instead of the WTA being shown by itself next week, it’ll just have the second hour of the overnight dates episode before it. I’m kind of amazed how many people are confused by this, but then again, since it’s the first time they’ve done it this way, I guess it’s ok. You’re forgiven. But c’mon, it is kinda easy to understand, right? Right? Instead of 2 hours tonight, you get it split up one hour tonight, and one hour next week.

Now, in terms of WHAT you’re going to see tonight, that’s what I’m here for. Tonight’s episode is Nick’s talk with Andi before he heads to the rose ceremony, you’ll see Nick eliminate Corinne, and then you’ll see the first overnight date in Finland, which is Raven’s. A few notes on what you’ll see:

-Andi literally has no reason to be in Nick’s room and on the show (other than for a paycheck of course, and, to create the awkwardness of the two ex’s together). When he asks what she’s doing there, she basically tells him she wants to see where he’s at. Huh? WTF? Why? You aren’t friends. You don’t talk. See how silly this is? At least make it seem like Andi wanted/needed to talk to HIM. Just to have her show up to check in on a guy she isn’t friends with? Dumb.
-Andi asks Nick if he’s going to have sex with any of the women and he said he didn’t know. Andi basically tells him it’s his right to go with how he feels and can get intimate with whoever he wants, but just not to do it with anyone he’s not feeling it with.
-She also challenged Nick on what he said to her at the ATFR on her season, and he says he regretted it because it caused her a lot of pain.
-Nick eliminates Corinne, she felt she did something wrong, he told her not to think that, and she cried a lot. Like, a lot. Like, from the time he gave the third rose to Vanessa, Corinne started crying before Chris even told her to say her goodbyes.
-Corinne basically says she’s done trying to please men and say and do things she thinks they want. Then she falls asleep in the limo.
-On their overnight date, Nick and Raven have their date at a local pub in Finland where they play darts with locals. But that’s not what their date is about. At all.
-ABC’s press release for tonight’s episode states, “…what will Nick think of the very private, innermost secret she reveals to him?” Well, I’ll tell you what that is. First Raven tells the camera in an ITM leading up to the evening that she has only had sex with one man in her life (her ex) and that she’s never had an orgasm before. To which she then tells Nick this during their conversation at dinner. The whole date basically turns into that. Not that drinking is ever a good defense of anything, but Raven seems drunk on this date. Maybe that’s what got her to reveal that. I don’t know, but she did, and the show basically ran with it.
-She does tell him she loves him and she does accept the fantasy suite card, but, it all centers around the sex aspect of it and they play it up to the hilt. The episode tonight ends with Nick and Raven kissing on the bed with the Northern Lights in the background.
-As a little foreshadowing to next week, where the episode starts with the Nick and Raven “aftermath,” Nick leaves Raven’s room, there’s tons of insinuations sex happened, and then you see Raven outside, skipping around, they have happy music playing in the background, she’s high fiving strangers as she walks the street, pets a dog, makes snow angels, says “Nick is a man of his word,” etc. So yeah, the whole thing is played up that they just had sex and Raven had her first orgasm.
-Did they? The way they went totally overboard with it (which again, you won’t see til the beginning of next week’s episode), and the fact that Raven admittedly has only been with one guy in her life, makes me think I’d be surprised if they did. It just seems way too overdone. I guess we’ll never get an answer unless one of them addresses it on the ATFR. But you can bet your ass Raven will be asked about never having an orgasm (and probably if she had sex with Nick) in every interview she does post show considering what a big deal the show made of it. Not sure why in the world she chose to reveal that on national television, knowing a sleep over date was just about to happen. Not to mention tell Nick to his face. Head scratcher.

-As for next week when you see Rachel and Vanessa’s date, Rachel has a tough time opening up to him and that’s basically their “issue” on the date but they do spend the night together of course. Vanessa’s is the overnight date that will, once again, feed doubt into the viewers minds. Sure, we all know the outcome by now. At least, if you believe the spoilers you do. But the show will go up until that very last episode to make sure they’re throwing doubt in the viewers minds as Nick and Vanessa definitely have an interesting overnight date. The first portion of their date they “challenge” themselves and take turns in bathing suits running outside in the snow and dipping their bodies into freezing water, then running back inside to the heat. They do this back and forth like 3 times. They have a conversation once they’re done about “traditions” where Vanessa says her family is very traditional whereas Nick says his family isn’t. They go back and forth about “compromises” and who’s willing to do what in the relationship and Vanessa is doubting whether she thinks Nick will make compromises for her.

-They discuss who’s gonna be living where, Nick is straight up asked if he’d move to Canada and tells her he’s never imagined living in Canada and it’s not easy for him to picture. He hopes that’s not a non-negotiable but he hopes he would do anything for the woman he loves. They basically go back and forth with each other on how similar they are as they’re both stubborn and hard headed, and that’s a good thing, but they know they’ll have their challenges. It’s almost like the two of them were sitting there and laying the groundwork for when the break up inevitably happens. Every fear and concern is talked about, and when it happens, every person watching will remember back to this conversation and be like, “Yeah, exactly what you said would be the issues.” Another head scratcher.

-But alas, we all know that Rachel gets eliminated in Finland, she never saw it coming, and is heartbroken in the limo being sent away, which will inevitably be shown as part of her intro package when her “Bachelorette” season begins, just like every girl who got dumped on the “Bachelor” and moved on to be the next lead.

As I mentioned yesterday in a tweet, in tomorrow’s recap I will have all your WTA spoilers, and I was finally given details of the Rachel/Vanessa fight in Bimini. It’s interesting, that’s for sure. If you love Vanessa and think she can do nothing wrong, you’ll just assume it’s fake news, I made it up, and nothing about it is right. If you love Rachel, I’m sure you’ll feel differently. The reactions are going to be pretty predictable depending on which side of the Vanessa/Rachel fence you sit on, but all season I told you there was a blow up between them in Bimini. They just never showed it. Well now, you’ll know what happened and you can form your opinion from there. Does it matter now 3 months after the fact? Of course not. But it did at the time and was a major part of the show that they for whatever reason chose not to show anyone. It was #1 question I’ve been asked all season and I finally got an answer to it, so I might as well tell you what I know. If I never got the answer, I’d have nothing to share. I do, so I will and let you decide what you think of it. But as I reported all season, it happened. Rachel and Vanessa certainly didn’t see eye to eye on things at that point in filming. Stay tuned on that tomorrow.

Podcast #14 with Special Guest JJ Lane Along with “Dr. Reality Steve” Emails
The “Bachelor” Nick Overnight Dates Recap, Nick on DWTS, Your “Women Tell All” Spoilers, & What Happened in Bimini with Rachel and Vanessa?
To Top