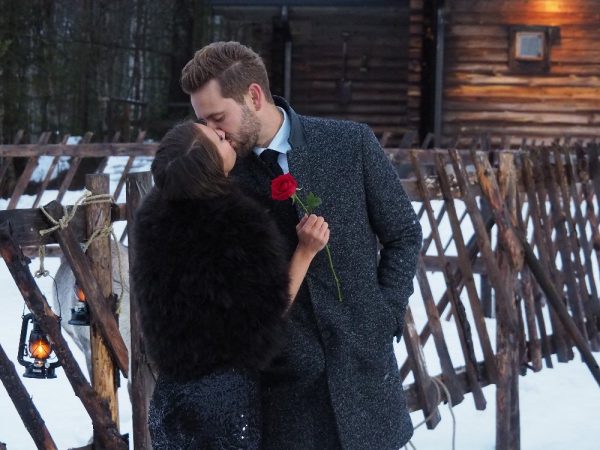 The day after the finale is always a glorious day for me. I’m happy because the season is over and I get somewhat of a break before we ramp this thing up again. I’m happy because, for the most part, I’m usually vindicated on something I told people about months ago before you even saw a promo for this season, which happened last night. But then again, I do also get a lot of the same stuff I get every season in regards to the ending. People will see what they saw last night and try and convince themselves that this couple is different than previous ones. I hear it EVERY SINGLE SEASON. “Man, I didn’t like (so-and-so) but they looked really cute up there together. I think they might make it.” Already gotten a few already. Unfortunately I don’t know what to tell ya’, but they won’t. Nick Viall came on this show for a 4th time to increase his brand, get on DWTS, and further his career since, well, Workforce ain’t payin’ the bills anymore. And he absolutely succeeded in doing that. Regardless of what either of them said last night (which was painful if you ask me), Nick has become a pro at what to say in front of the camera, so it’s basically impossible for me to buy anything he’s selling. There are too many things I’m aware of that help me formulate that opinion, so it’ll never change. I’m looking forward to talking to Sharleen later today as I’m sure we’ll have a nice little talk about Nicky for this week’s podcast. I’m sure not gonna try and sway her and she’s certainly not gonna sway me. But it sure will be fun to discuss. Can’t wait.

As for today, there is very little recap here. We know what happened last night, it’s not really that relevant to break down what each girl said to the family, or what they did on their last dates, etc. I’ll have some brief thoughts on last night as a whole on page 2, then I have more of Rachel’s guys on pages 3 & 4. We saw four of them last night: DeMario, Blake, Dean, and Eric. Going into last night, I only had Blake. Now I have all four. Figured that wouldn’t take long. I think there’s a reason the show chose those 4 to be the ones to appear – none of them are going to win. Never really thought they’d give us any guys who were gonna last long. Out of those four, I’ll go with DeMario going the farthest.

Remember, this week’s podcast will be released tomorrow along with the last “Reader Emails,” and “Dr. Reality Steve” of the season. So anyone who’s got questions/comments about anything, get them in today. Especially “Dr. Reality Steve.” I don’t have any as of now. For those that might be a little late to the game, Michelle Money interviewed me for last week’s podcast. You can listen to that podcast here:

The reason why everything is going up tomorrow is because I leave for Vegas tomorrow afternoon. Never been there for first weekend of March Madness, so I decided to do it this year. For me, it’s the greatest sporting event every season and nothing beats it. Not the Super Bowl, not the World Series, not the NBA or NHL Finals, not anything. The tournament is the best. I’m glued to every year and that’ll never change. This year, a few of you suggested to me about doing a Bracket Pool for my readers, so I figured why not? Here’s what I’ve set up:

-It’s Reality Steve’s Bracket Challenge run through CBSSports.com. Click on that link, create an account, fill out your bracket(s), and you’re in.
-There is no entry fee.
-You can fill out up to 5 brackets per email address (of course I filled out 5 under the name Jack Bauer 1-5).
-I don’t think we’ll come close to having this many entries, but the first 10,000 people who fill one out are qualified.
-Any ties will be determined by the Total Points predicted for the National Championship game. If there happens to still be a tie, then the pot will be split among all those who tied for the most points.
-Bracket must be completely filled out before tip-off of the first game Thursday morning, which is 9:15am PST as Notre Dame and Princeton tip it off (Upset Special #1 for any of those interested).
-Winning Prize: There will be one. I just don’t want to announce it publicly since isn’t there something against that legally? It’ll be straight out of my own pocket. And yes, I’m eligible. But I doubt I’ll win. I was thinking of charging money to join the pool so there’d be a bigger pot, but I don’t want to go through the hassle of collecting people’s money through PayPal and matching it up with each person’s brackets. And then people saying they sent money, but I didn’t receive it. Trust me, I’ve done this before. It’s never fun. Plus with heading out of town, it’ll be more of a hassle. Maybe next year. This is all for fun. Enter up to 5 times with the chance to win a prize at the end. Simple as that.
-The winner will get a shoutout in my column.
-The points breakdown is as follows:

So only in the first two rounds (Thursday thru Sunday’s games), lets say the 12th seed beats the 5th seed and you picked the 12th seed, you’d get 1 pt for the correct pick, and 12 points for them being the 12th seed, so you’d get 13 points on that pick and so on and so forth for all the other games. Remember, this only applies to just Thursday thru Sunday’s games. After that starting with the Sweet 16 next week, you just get points (listed above) for each correct winner. Figured I’d put a little more stock into people who have the ability to pick upsets early on. Tell your friends, lovers, mistresses, whoever. Free chance to win a prize.

As mentioned earlier, Rachel’s season starts filming Wednesday or Thursday night. That’ll be the night of the limo entrances. With me being out of town this weekend, I might be a little slow on the Twitter feed if dates in LA are getting spoiled, but I will catch up at some point. I remember during Nick’s season, I wasn’t posting as many spoilers while filming was happening other than the obvious ones (basically nothing after New Orleans) and there were those emailing saying I didn’t know anything about this season, they’ve found out my sources, and I was gonna be wrong about Nick’s season. We all know how that turned out. I will post what I post about Rachel’s season when I post it. I never know when that’ll be, so you just have to bear with me. All I know is at the end of the season, I’ll have all your spoilers for you like I do every season. Just be patient. Because you don’t know every detail 4 seconds after it happens doesn’t mean you won’t get your spoilers. If any dates are public on social media this weekend, or I find out information about any dates, I will do my best to tweet them out. But remember I’ll be knees deep in gambling tickets transfixed on March Madness games, so apologies if it’s not immediately.

With that said, I did find out one thing in regards to filming this weekend. There will be a date on Saturday filmed at the La Quinta Resort in La Quinta, California. Looks to be a 1-on-1, which means filming would begin tmrw night (Meet & Greet Wed night, off day Thurs for move in, Friday group date, Sat 1-on-1, Sun group date, Mon rose ceremony). There is supposedly dinner and a fireworks show being planned for this Saturday night there. I will keep you posted if any pictures become available and we see who Rachel is on the date with.

So in case anyone’s keeping score at home, that’s now 8 guys from this season you’ll have been spoiled on, along with a location already for a date that hasn’t taken place yet. None of which US Weekly or anyone else is reporting. Soooooo yeah. I could do this all season if you want ha ha.

Final poll question of the season: After watching that atrocity on the ATFR last night, how long do you think these two will last? And I’m sorry that “about 72 hours” wasn’t an option.