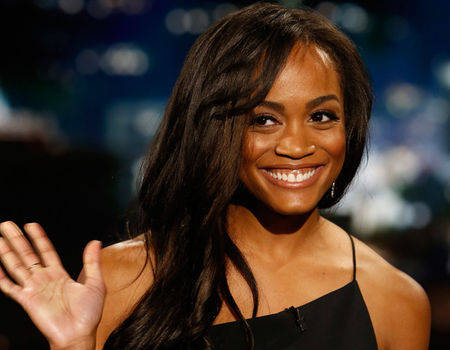 I appreciate the response to yesterday’s podcast with Chris Bukowski. He really seemed to hit a chord with a few of you. In a positive way, I mean. As I mentioned yesterday, I like talking to people who are candid, open, and honest. Chris knows how he acted on the show was wrong. He owned it. And I respect that. I never would’ve been interested in having him on if he didn’t apologize, kept doing stuff in the franchise, and continued being a Grade A douchebag. But you can tell that things have changed for him, he’s got a successful career, found himself a girlfriend, and has rid himself of Bachelor Nation. I gotta respect that. Definitely an interesting listen because I think a lot of people only see him one way. And the guy I heard on the podcast, is 180 degrees different than the guy we saw appear on 5 shows. Doesn’t blame anyone but himself for how he acted, doesn’t make excuses, and is real about what happened. Love hearing stuff like that. To me, that’s an interesting story. I’m not sure who’s coming on next week, but I’m working on it. I think in the offseason, there will be times where I don’t have someone from the “Bachelor” world on as a guest. I definitely would like to start branching out to other contestants from reality shows. But give Chris’ podcast a listen and I’m pretty sure you’ll come away with different opinion you probably originally had of the guy. You can listen on iTunes, most podcast apps, or even the player at the top of the page.

Our own Bryan Fischer has your Survivor recap up now to view. One of the crazier, if not craziest, Tribal Councils we’ve ever seen. I re-watched it, and I honestly still don’t have a clue what happened. Malcolm gave an interview to EW.com yesterday, and even HE still doesn’t know what happened, and this season was filmed almost a year ago. Bonkers I tell ya’. I agree with Fish though, I hate that so many strong players are getting booted early. Sucks.

So in case you weren’t following on Twitter yesterday, Fleiss tweeted out this picture of Rachel’s 1-on-1 date in LA yesterday:

There were also more pictures of them covered by the Daily Mail at this link. Right now, I’ve given you 11 of Rachel’s guys that are posted on the Rachel’s guys page. I have 9 more I haven’t released yet. She has 31 guys on her season, so right now I have 20 identified. Of the 11 I don’t have, I think close to half of those guys were eliminated the first night, so I’m not too concerned about finding them out right now.

Today’s group date is at the Cowboy Palace Saloon in Chatsworth, and it’s open to the public. Based on social media activity by a few of Nick’s girls, looks like Rachel is gonna have some of her friends join her on this date. Corinne, who they seem to be shoving down our throats, will be there. And I believe Raven and Alexis as well. Being that this is a country bar, my guess is there’s gonna be some sort of competition to do with line dancing and/or bullriding. These things really aren’t too hard to predict. What the hell else are they going to do in a country bar? If pictures get out, I’ll be sure to retweet them.

Rose ceremony #3 is tomorrow night, and then they leave for South Carolina on Sunday, with filming starting up there for episode #4 on Monday or Tuesday. Being that the Colleton River Plantation Club is a private resort, I don’t think too many public pictures will be getting out of their dates in South Carolina. So you know this stretch of dates in LA where basically we’ve known everything that they’ve done, either by what I told you or what showed up on social media? Expect that to slow down a bit once travel starts. Especially when they head overseas. Happens every season. Nothing that’s happened so far has really been any different than previous seasons. There’s always a ton of public dates when they’re still in LA, and, in the states. Then it’ll start slowing down on information that publicly gets out the deeper they get into the season. This is how it works.

For example, US Weekly posted this article on this past Monday’s basketball group date in Burbank, yet if you read the article, what details exactly did they give you?

-Rachel was the there. Duh.
-Chris Harrison was there. Duh.
-Kareem Abdul Jabbar was there. Duh.
-There were 10 guys. Ok, but WHAT 10 guys was it? What’d they do? Did the winning team get extra time with her? They don’t tell you any of that stuff so it’s not much of a story. And oh yeah, I’ve got the answers to all those questions.

This seems to come up every season, but people have short term memory. This show has absolutely embraced social media more in recent seasons. They have to. To ignore it would be ignorant. It’s why they’re tweeting out more pictures every season. But are they really “spoiling” anything? No. Fleiss tweeting pictures of the guys in the house or a guy on a date isn’t spoiling when he doesn’t tell you who the guy/s is/are. Remember last season he posted a picture of Chad at the pool? At the time, nobody knew who he was, what his name was, or what his role was. So him tweeting guys in the mansion or the guy yesterday on the 1-on-1 means nothing if he doesn’t tell you anything else. Great. We knew Rachel was on a 1-on-1 date yesterday. All he’s doing is showing you a picture of it. If you don’t know his name or who he is, what does it matter? Not to mention plenty of other pics of them riding the horse were all over the internet. Ellen had the group date, and outside of Frank who said his last name, the guys just introduced themselves first name only. Three of them you already knew because of this site, and the other three I gave you yesterday. The show didn’t spoil those guys. Ellen didn’t spoil those guys. The media outlets didn’t spoil those guys. See what I’m saying here? It’s quite obvious what’s going on.

If they were truly “spoiling” their own show, then before hometowns start filming Fleiss will tweet out, “Hey, about to start hometowns. Rachel has some great guys, they are blank, blank, blank, and blank.” And if they were truly “spoiling” they’re own show, they’d just tell you who the final two guys are and tell you the winner before it airs. But they don’t and never will. All they’re doing is promoting their season by giving people an “inside” look at filming, but it’s still quite minimal. They aren’t giving away storylines, gossip, dirt, spoilers, etc. You’re getting the bare minimum of what they can give you: pictures of guys you may or may not already know. So lets tap the brakes a bit because I guarantee you, this stuff will start winding down once they head out of the country. Hell, the guys who have already been eliminated are giving more away on social media than the show does. Just follow them closely and you’ll see. It’s not all that difficult. Contestants spoil certain things every season once they come home. This season has been no different…(cough)(cough)…Blake Elarbee…(cough)(cough)…

Keep following on Twitter today, and if I get any info on the group date from the Cowboy Saloon, I will tweet it out. Enjoy your weekend, and “Daily Links” will officially start back up on Monday.