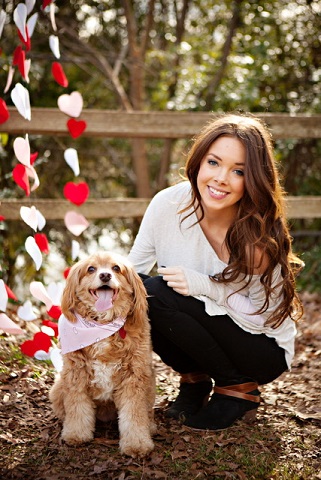 I hate when I make a silly mistake on the podcast. And I did in the first minute of today’s when I said it was podcast #18, and again at the end when I said next week would be podcast #19. Woops. This one was podcast #19. I’m losing track. Bear with me. Old age so apparently I am losing my mind. But no, Kelly Travis from Juan Pablo’s season joins us today and, yowza, it’s a doozy. If you remember Kelly from the show or follow her on social media, she basically has zero filter. I was hoping that would carry over into today’s podcast and it sure did. Tells some great behind-the-scenes stories during Juan Pablo’s season, including giving confirmation to the Nikki “waxing” story I told you about years ago, how she and Sharleen were able to watch TV in Vietnam, and her role in a mini “scandal” that played out in the tabloids during that season that you may have forgotten by now. And oh yeah, being one of Andi’s best friends, you just KNOW she would have some thoughts on Josh Murray. It’s all in there. Great stuff from Kelly. So glad she came on and I think you’re gonna love it. Remember, any replies and reaction on Twitter, please include @kellytravisty in your tweets so she can see it.

I’m going to be in California for the weekend because I have important business to take care of, you know, my fantasy baseball draft and watching Wrestlemania at a friends house. I’m not sure when my next update will be on the site, but follow along on Twitter over the weekend for any new news. I’ve heard of one other location they could possibly be headed to this season. I don’t know if it’s next, if it’s later on, or if it’s even happening at all. When I told you South Carolina over a week ago, I knew that to be true, so I went with it. This one I’m not too sure on, but I’ve heard that Barbados is a possible destination this season. I will let you know if I get anything solidly confirmed going forward.

Helping a friend out here so if you’re in Chicago or surrounding areas, there’s a Believe in the Possible Benefit next Friday night at Galleria Marchetti. You can purchase tickets here, as it benefits an orphanage center opening up in Haiti. Any donation or attending the event would be helpful.

Here are all your “Survivor” goodies this week from EW.com, People.com, and Reality Blurred.com. Our “Survivor” recapper Bryan Fischer will have his recap posted later tonight.

Info on yesterday’s date, who’s on today’s 1-on-1, and more confirmed guys for Rachel’s season on page 2…