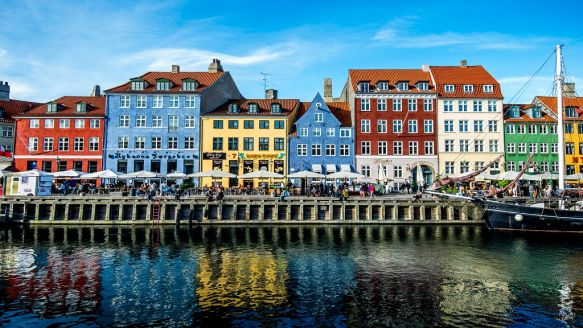 Anything good happen since we last spoke? Been pretty tame on my end. Kidding. Obviously there’s been a giant sh**storm, both positive and negative after Thursday’s podcast. And that’s fine. People are allowed to voice their opinion on everything I do. I may not agree with them, but they’re certainly allowed to tell me exactly their thoughts on everything. Some of you loved Thursday’s podcast, some of you hated it. Did it deviate from the norm of podcasts that you’ve become used to? Absolutely. Is that what the podcast will be from now on? No. We had a major story within the “Bachelor” franchise break, there was basically a social media war going on, I was right in the middle of it, and I felt that not talking about it on the podcast and just recording an interview with AshLee Frazier wouldn’t have made sense. I put all of Rachel’s stuff on the back burner for a week, decided to dedicate all my time and energy into this story, I did, and those were your results. I’m sure it’ll get mentioned here and there moving forward (especially if Luke goes on BIP), but for the most part, I’ve said what I needed to say, I stand by every single sentence I wrote and word I spoke because I know it to be true, and I could not care less what Luke Pell thinks of me or what I wrote/said.

So let me update you on everything that’s happened on social media since Thursday. In case you weren’t following along on Twitter on Friday, I called Luke out. I figured since I was the one who accused him of all this stuff, wouldn’t it make sense that he came on the podcast to explain his side? So I told him there was an open invitation. Doing an US Weekly interview or getting 1 minute of airtime on Entertainment Tonight, or doing someone else’s podcast does nothing for me. I called you out. I’m giving you an opportunity to defend yourself against me. And he chose not to. He went on the E & G podcast who wasn’t going to get into the meat and potatoes of everything. I listened to it. It was garbage. I was sitting there after every one of Luke’s answers going, “Ask him this…what about this…explain this…”, but they didn’t and nor did I expect them to. Luke chose not to address everything I accused him of with me, and that pretty much showed me everything I needed to know. He wouldn’t dare come on because he knows what I have.

What I can tell you is that Luke DID direct message me on Twitter and we had a back and forth for a good two hours on Friday. And he answered nothing. I would bring up specific points, and he would change the subject into what a horrible job I was doing, why I’m so obsessed with the show, how I should focus on more important things, etc. So basically acting like someone backed into a corner who doesn’t know what to do, changes the subject, and made it all about me and what I was doing. The whole “talk about more important things” topic drives me nuts, frankly. Really? I think we can all agree what’s happening with the missiles in Syria is the biggest topic in our country, no? So unless you’re talking about that, NOTHING else matters? No one’s allowed to talk about anything other than what’s important in the world right now? Stop. This isn’t a political site. If CNN was talking about Luke Pell drama, then yeah, they should get sh** for it. My site is dedicated to anything and everything regarding the “Bachelor” franchise. When a story like this comes to light, of course I’m going to talk about it, because it’s important to what I do.

I’ve posted my story on Luke last Wednesday, and I stand behind all of it. Luke responded via US Weekly, Entertainment Tonight, and a podcast with two guys. What’s done is done. I’m certainly not retracting what I wrote, and Luke will never admit what he did. So at this point, there really isn’t much more to be done. One thing I will point out is that there was a minor mistake (and I’ve even gone back to Wednesday’s column to correct it), where I posted the picture of Holly Allen at work at the Malibu Wine Safari and where it was blurred, I said I thought that was Luke. It wasn’t Luke. That day. But Luke was there two days before. And Luke was with her in Vegas. And she did write that post 3 days after Nick was the “Bachelor” saying she was set to be on the show, which Luke confirmed on the podcast he did that Holly was applying for Luke’s season. And in Luke’s world, I’m pretty sure he’s “dating” Holly now. Yet, I’m guessing will be “dating” another girl in probably 72 hours, and Holly will be yesterday’s news. Whether or not they were talking before his season, I can’t prove. I made an assumption. But knowing he was talking to Jubilee and Airelle and told them to come on his season, and now knowing Holly was applying for his season, I mean, it’s up to you to determine if you think Luke’s first contact with Holly was just recently. I’ll still have my doubts.

Wednesday’s column was not about whether Luke was in Holly’s Instagram picture. If that’s what you took from everything I posted, and if you’re thinking now is because I was wrong about Luke being in the picture that everything else must be wrong, then I don’t know what to tell you. Airelle posted her YouTube video two weeks ago explaining about what happened with her possibly ending up being on the “Bachelor.” I was made aware of it, talked to her about it, then started finding out more and more, the Jubilee stuff was then told to me, then Lauren Hussey comes in the picture with this 3 month relationship right after, and that’s what I reported. He can diminish and devalue the relationships he had with both women, and he can deny everything that went on with Airelle and Jubilee before the season. Which he’s doing. He’s lying. Those girls know it, I know it, and I’ll stand by it for as long as I have to. Maybe I’ll bring on Airelle and/or Lauren for a short appearance on the podcast this week, not to re-tell their stories, but just to get a reaction to everything that’s happened.

The guy is a fraud, he can’t take the least bit of criticism (as evidenced by anyone who has tweeted or Instagrammed one thing negative about him since Wednesday, even if he wasn’t following them, he’s now blocked them) and when he was confronted to directly respond he said no, so I immediately started asking him stuff in email that I would’ve brought up if he came on the podcast, and he changed the subject and made it about me. I laid it out there, he denied it, will never admit it, and that’s that. I didn’t say anything over the weekend, he didn’t say anything over the weekend, I went on Jenny McCarthy’s radio show this morning to basically just give a summary of what happened since Jenny asked me to and loves the show. So unless this guy starts chirping more to the media, I’d say it’s pretty much over. Because if I respond to what Luke said on the podcast, then Luke will respond back to my response, then I’ll be forced to respond back to that, etc. You see where this is going? It’d never end. We both stated our cases. Believe whatever side you want to believe. Back to Rachel’s season.

So when we last left off, Rachel was in South Carolina for her dates. She had a 1-on-1 with Dean Unglert, she had a 13 person group date doing a spelling bee, then had a 1-on-1 with Jack Stone. Rose ceremony came and went, anybody paying attention to social media accounts can see both Jonathan and Iggy were sent home as their accounts were activated the day after the South Carolina rose ceremony. That’s not all that happened in South Carolina. You’ll know more moving forward.

From South Carolina, I tweeted out they were in Oslo, Norway, with Sweden and Denmark to follow, I just didn’t know the order. On Thursday I tweeted that they were going to Denmark for episode #6 after Norway, and Sweden will be episode #7. Unless the recent terrorist attack in Sweden somehow affects filming, that’s where they’re scheduled to be for episode #7. Then Hometowns for episode #8. Since they went to Europe, only one picture has gotten out publicly, and that was Rachel’s first 1-on-1 date in Oslo with Dr. Bryan Abasolo.

The less stuff that gets out on social media in other countries, the better. Just means you’ll be more surprised when I release it in the episode-by-episode spoilers. I had a feeling we’d be seeing a lot less once they went to Europe. Dr. Bryan also received the first impression rose on night one, so that definitely makes him a front runner. Sometimes it’s the kiss of death, other times lately it hasn’t been. Lets see what happens with Bryan. There was a picture that I received yesterday of Rachel on her 1-on-1 in Denmark, but I’ll save that until later. Very clear on who it is and I’m surprised more pictures didn’t get out publicly since they were in a pretty popular place in Denmark and people were around them. Unless I just didn’t see it, which is possible since I only did about a 5 minute check on Instagram and Twitter. By the way, anyone wanting to do Twitter searches of the word “Bachelorette,” be prepared to see more X-rated stuff than you probably would like to see. Holy crap. I thought Twitter policed stuff like this? It’s pretty bad. You’ve been warned.

Since I took all of last week off regarding Rachel stuff, time to get back on track. Starting tomorrow, I will start giving you more of the guys on Rachel’s season. Right now I have 14 of them up on Rachel’s guys page. I have 26 of the 31 total. I hope to have most, if not all of those 26, released by the end of this week. Some of them are first night guys, some of them were eliminated recently, and some of them may still even be there. The five I don’t have are all people that didn’t even make it past episode #3, so I’d say not that important to the season. Expect more contestants to be released every day through the rest of the week.