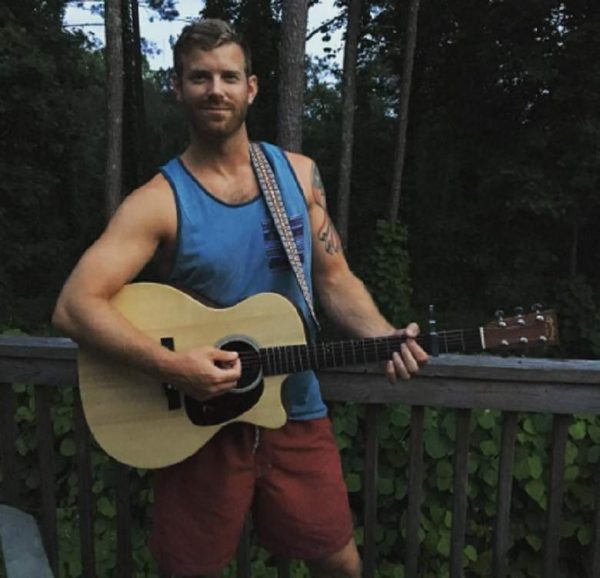 One of my biggest goals when starting out to do the podcasts was to just show everyone a side of the contestants that maybe they didn’t see on the show. You get an edited version of a television show, and plenty of people automatically assume that’s who these people are. Since doing interviews starting in January, I’ve seen your responses and it looks like a lot of you are coming around on some of these people. All I want to do is present them to you in real, raw, candid conversations with no editing, and just let them be them. It’s up to you to decide what you think. James Taylor’s interview for podcast #21 today is no different. The guy has screwed up royally. He admits all of it, tells some stories about it, and really opens up during the hour we talked. Can’t thank him enough. Do I expect everyone to love him? No. But I think his story is important to listen to because, without admitting it, he’s speaking for a lot of guys in this franchise. Not just recent ones, but plenty in past seasons. James is just one of the few (besides Bukowski) that can actually admit what the show turned him into, which was a person he didn’t like anymore. Really appreciate him coming on and I hope you like his honesty in this week’s podcast. Again, any comments or replies to this podcast on social media, I would ask that you include James in your replies, his Twitter is @james_mccoy_t. He’s not begging for forgiveness, he understands not everyone will believe him, but he says he’ll do his best to change his behavior over the last year, and that’s all we can collectively ask of him. It’s up to him to put that plan into action.

(SPOILERS) James Taylor joins me and immediately begins talking about why he wrote the text in the first place, the reason behind sending it to the “Bachelor” girls (4:54), addressing is this a publicity stunt to get on people’s good side for “Bachelor in Paradise” (7:35), his thoughts about going on Paradise this summer (11:14), what he’s tired of hiding from (14:00), apologizing to the other women in the franchise (20:10), what exactly is he sorry for (24:05), the other guys in his circle and where their head is at in all of this (29:05), does he think he’ll now get “cut out” of their group (33:12), what is his plan going forward and how he wants to carry himself (35:18), how drugs and alcohol played a role in his behavior (41:55), and then we end with talk about the pecking order of this franchise, one’s popularity, and a little on JoJo’s season and what his schedule is like musically (50:00).

Here are all your “Survivor” goodies this week from EW.com, People.com, and Reality Blurred.com. Our “Survivor” recapper Bryan Fischer will have his recap posted tomorrow. Needless to say, one of the most memorable episodes this show has ever had, and that’s saying a lot considering they’ve done over 500 episodes. All these people have opinions on what happened last night, but for my money, what comes out of Zeke’s mouth is what’s most important. It’s his story, and I made sure to include the link of everything he had to say about it. It’s no doubt worth the read. Hats off to him for how he handled everything that night, and how he’s handling it today.

Tomorrow I’ll be releasing more of Rachel’s guys. I know I promised every day this week, just means I will double up on tomorrow. I’m up against the clock as I have an appointment that just came up, wanted to get this column and podcast posted, and I didn’t have time to complete the guys’ bios this morning. I apologize and you’ll get them tomorrow. Hope you all enjoy James and his honesty. What you want to believe is your decision. It’s not my job to take a side on this. I heard everything he said. I just hope he stands by it and changes his ways. But only his actions going forward will let us know. It seemed to me like this bothered him, he knows what he did was wrong and he wants to change. But so do a lot of people. It’s not just as easy as snapping your fingers. Seems like a good guy though. I’m rooting for him.