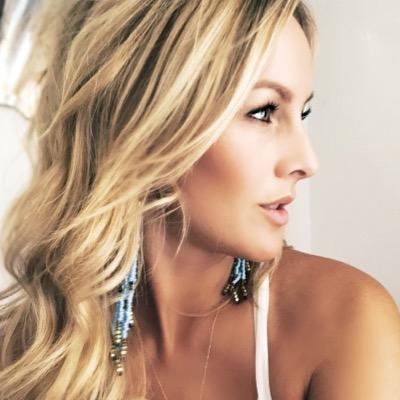 I already know what your first reaction is? “Wait a minute, I thought you said on Tuesday DeAnna Stagliano was this week’s guest.” Well, unfortunately stuff happens. No, this is not a Britt situation. Nothing like that at all. But for the first time in 6 months I’ve been doing the podcast, there was a miscommunication combined with scheduling conflicts that affected me recording with DeAnna this week. I hope to have her on in the future. Don’t see why I wouldn’t. But there were errors on both ends regarding availability, our wires got crossed, an unfortunately we’ll have to push DeAnna back. The next few weeks are booked up, but DeAnna will absolutely be on in the future. Just don’t know when. Of course I’ll keep you updated on when she’ll appear. But a huge thank you to Clare for stepping in last minute and giving us a 60 minute conversation about all things hot yoga, Rachel’s first night, and probably the most interesting part of the conversation, how she sees herself in relationships and road blocks she’s had to deal with. All fascinating stuff to me, and I’m looking forward to you all hearing it. As always, any reaction you have to the interview, feel free to reply using Clare’s Twitter handle (@Clare_Crawley) so she can see your responses. Thanks again to Clare for coming on last minute and giving another great interview. I think you’ll enjoy it.

(SPOILERS) Clare joins me as we talk about her love for hot yoga, the limo entrances on night 1 from Monday night and what she looks for most (8:52), the inevitable talk about Whaboom (14:01), what it’s like to be at the first night cocktail party (18:17), how she felt Rachel handled herself on night 1 (23:40), Bachelor guys/men in general sliding into DM’s, the experiences that she’s had to deal with & how she sees herself in relationships (26:51), and finally we have a little fun talking about her first go round on the podcast and one update to a Rapid 10 question I’d asked her (50:50).

“Reader Emails,” & The Stitcher Show That YOU Can Possibly Help Us Name
The “Bachelorette” Rachel Episode 2 Recap, Blake/Whaboom/Ex Love Triangle, Which of Rachel’s Guys Has a Past with a Former Contestant & a Sad “Bachelorette” Death
To Top